The most important cycling event in Venezuela was held in 2019, despite the situation in the country. LatinAmerican Post has the exclusive

With a bittersweet taste, it was recently celebrated in the Venezuelan Andes, the traditional Tour of Táchira. A competition of great tradition and hierarchy that in this, its edition number 54, lived some chapters of the most absolute sporting glory, but also others negatives due to the deep crisis in which this country is immersed, which left in evidence the abandonment that its inhabitants are submitted.

Then, and thanks to the exclusive presence that the LatinAmerican Post journalism team had in the race, we will provide some details about the most remarkable and deplorable of the competition, which helps us to understand how Venezuela is a country of extremes, where it can be seen happy and sad moments.

At least 125 runners divided into 22 teams from four nations: Colombia, Ecuador, Italy, and Venezuela, during eight days made a sports party without waste. From the first to the eighth day the competition everything was worthy of admiration.

The passion in the streets of the overwhelmed fans, the internal struggle of the warriors on their bicycles, and the media accompanying their riders, made a perfect gear to finish carrying out one of the best editions of the last years, in the one that in the end, was the Venezuelan runner Jimmy Briceño the one in charge to remain with the victory. After leaving blood, sweat, and tears on the road to beat his most seasoned rivals in the first major race of the UCI Latin American calendar. 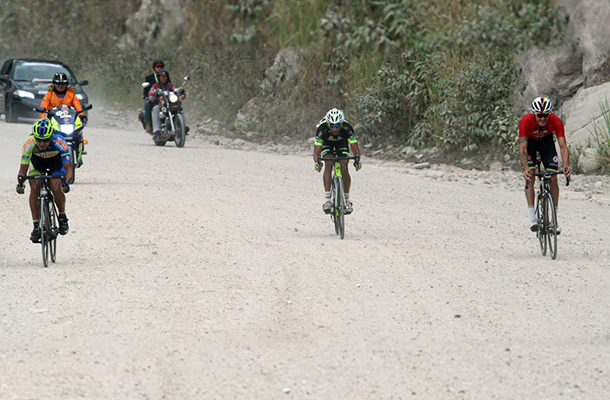 However, as Venezuela is a country of polarities, in turn, we saw a waste of talent and skills in this sport, we also perceived a deplorable state of abandonment in the locations where the competition went through.

Roads full of almost impassable holes, lack of signage, garbage in every corner, endless rows to supply gasoline, as well as the noticeably impoverished face of many of the spectators present, was our daily bread in which the event was framed. Given the conditions, cyclists and members of the squad were affected as they experienced difficulties to stay focused on sports. 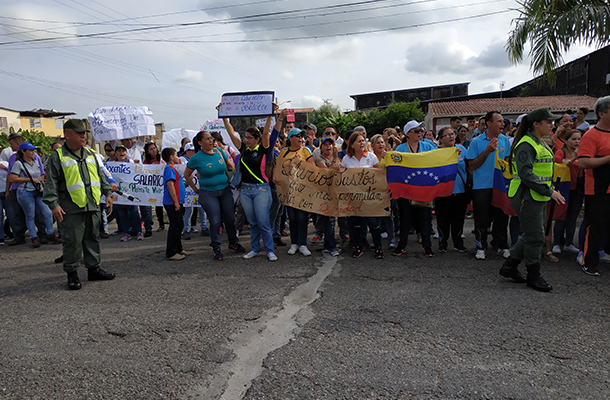 Maybe you want to read: Cycling strike! Team Sky will dissolve after the 2019 campaign

But without a doubt, the ugliest, that Tour of Táchira left is that during each and every one of the days of competition, the protests did not wait. Tired people, especially the educators, in an organized way with placards and chants, took advantage of the race to approach the media with the requirement to the national government of fair wages and salaries, stating that if the situation does not improve in a prudential stretch of time, the classrooms of the Caribbean nation will be absent from teachers.

But what is happening? It turns out that all Venezuelan teachers and professors earn a minimum salary, regardless of their hierarchy, and the minimum salary, changing it to a dollar, is not more than five dollars per month.

Then, the motivation of these professionals as well as that of millions of Venezuelans are reduced to nothing. Inflation reached exorbitant levels and the future does not look good at all, because the figures for inflation last year and according to the International Monetary Fund (IMF) was 1 million 300 percent.

This year is expected to exceed 10 million, a reality that leads to the unsustainability of the tranquility not only of the vast majority of inhabitants still there, as El Universal recalls.

Translated from: 'The good, the bad and the ugly: Tour of Táchira 2019'