Neymar da Silva Santos Júnior, Brazil’s world-renowned soccer superstar has only played nine games this year with his Paris Saint-Germain (PSG) team and one with Brazil’s national team. Contrast this with the number of games played by another Brazilian national team superstar, Roberto Firmino, who has played 21 games as a Liverpool striker and nine with recently crowned Copa America champion Brazil.

Neymar’s numbers do not eve fare well when compared to fellow PSG stars. For example, in the same period, Kylian Mbappé has played twenty five games with PSG and 5 matches with the French national team.

Matters do not appear to be getting better in terms of his playing career. PSG released a strongly-worded statement after Neymar failed to show up for the club’s first day of pre-season training on Monday.

“Paris Saint-Germain notes that Neymar was not in attendance at the agreed time and place. This was without the club’s prior authorization. The club regrets this situation and will therefore take appropriate action”, the PSG statement read. This is understandable, the 27-year-old became the most expensive soccer player in the world when he joined PSG from Barcelona for $248 million dollars in 2017.

A representative of Neymar said that the striker informed PSG that he had commercial commitments that would delay his return to Paris. 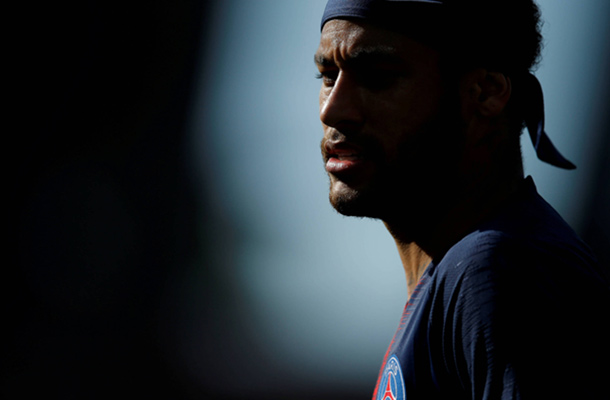 Granted, injured have played a major part of Neymar’s playing woes. Neymar hopped off in tears during the second half of a January 23 2-0 Coupe de France round of 32 win over Strasbourg, after he fractured the same fifth metatarsal in his right foot as he did last year -although in a different location-. Both injuries impeded him from playing important Champion League elimination rounds, first against Real Madrid and then against Manchester United.

Regarding his future on Brazil’s national team, Neymar was ruled out of the Copa America June 5 after tearing his right ankle ligament during Brazil's 2-0 friendly win over Qatar. "Due to the seriousness of the injury, Neymar will neither be fit nor have time to recuperate sufficiently to participate" in the tournament, the Brazilian Soccer Confederation (CBF) said in a statement at the time.

Brazil winning a Copa America at home cannot be said to be a surprise. They were the favorites. The interesting point is that they won with a modern, progressive style of play and, most importantly of all, that they did so without the injured Neymar.

His future in the Brazilian team seems compromised and Neymar has made no secret of his desire to return to Barcelona this summer. But PSG are adamant that he will remain in the French capital for the upcoming season, so his future soccer career seems uncertain at the moment.

Nevertheless, Neymar’s problems don't end on the field. After PSG lost the Coupe de France final against Rennes on penalty kicks on April 27, Neymar was filmed getting into an altercation with a fan. Many used the word “punch” to describe the interaction between the Brazilian star and the fan.

The Latin American Post reviewed the film and there are two angles available. The first one shows a fan filming Neymar and Neymar pushing his phone down and this is followed by the two exchanging words. Immediately afterwards, another man puts his arm out and appears to touch Neymar. That’s when Neymar sticks his hand out and appears to make contact with the first fan involved but this seems more of a “push” than a “punch”. However, the second angle shows Neymar’s fingers are flexed in the form of an intended punch. Despite the inconclusive evidence of a punch and the verbal aggression by the fans, the fact that Neymar, at the very least shoved a fan away do not help his image.

Then there is the most serious issue Neymar faces. A Brazilian woman, Najila Trinity, accused Neymar of rape in Paris. The crime allegedly occurred on the night of May 15 at the Najila hotel. The woman told investigators that she met Neymar on Instagram. Neymar suggested they meet in person in Paris and he paid for her flight and her hotel room. The investigation is still in progress and judge, Juliana Lopes Bussacos asked for an extension in the time required to complete her work.

In addition to potential jail time, Neymar’s sponsors are paying close attention. For example, Nike Inc is “very concerned” about a rape accusation against Brazilian soccer star Neymar, the world’s largest sportswear maker said on Thursday, raising questions about its sponsorship of one of the sport’s most famous players.

Nike issued a statement a day after a woman said in an interview with Brazilian SBT TV that Neymar had raped her in a Paris hotel last month. Neymar denied the allegation in an Instagram post and has said the woman was trying to extort him.