The indigenous communities of the Amazon presented a green financial innovation project at the event "A Climate Roadmap for Latin America and the Caribbean", organized by the IDB, to generate income and spread knowledge against climate change.

On March 31, the Inter-American Development Bank held the event "A Climate Roadmap for Latin America and the Caribbean." It was an event to establish a conversation between leaders who are contributing to climate change mitigation and adaptation. In this way, representatives of governments, academics and researchers, and leaders of climate action organizations and indigenous communities of the Amazon spoke about how to create a more resilient region and innovate in green finance. That is, how to generate opportunities from the environmental crisis.

One of the needs, and at the same time an opportunity, to work on sustainable development issues is to integrate the knowledge of the indigenous communities of Latin America and the Caribbean. In this sense, Julio César López Jamioy, General Coordinator of the National Organization of Indigenous Peoples of the Colombian Amazon OPIAC; and Diana Quintero, Advisor of the same organization, participated in the event to talk about the importance of indigenous peoples, with their knowledge and traditions, being key actors in decision-making regarding environmental conservation. We tell you more about initiatives of the Amazonian indigenous peoples in Colombia: 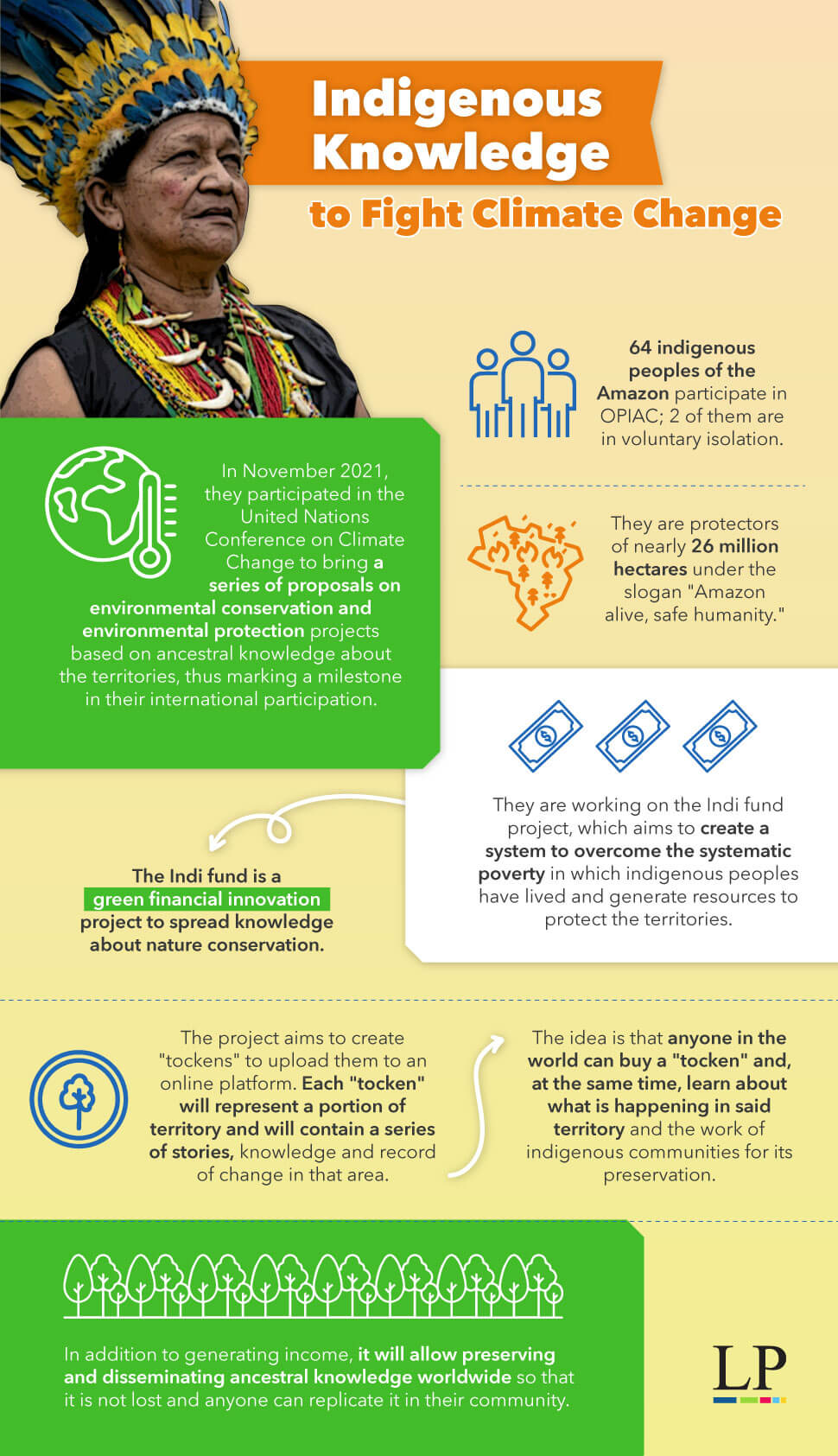 In addition to the indigenous communities, Racquel Moses, General Manager of The Caribbean Climate-Smart Accelerator; Fher Olvera, President of the Selva Negra Ecological Foundation and member of the Maná band; Caroline Dihl Prolo, Environmental Lawyer, Founder of the Latin American Climate Lawyers Initiative for Mobilizing Action (LACLIMA); Nicholas Stern, Professor of Economics and Government, and Chair of the Grantham Research Institute on Climate Change and the Environment at the London School of Economics; and Andrea Meza Murillo, Minister of Environment and Energy of Costa Rica. The conversation was led by Vanessa Hauc, news anchor, Telemundo, NBCUniversal and co-founder of Sachamama.