This is the performance of all the soccer confederations in the group stage of Qatar 2018. Which one should have had more or fewer places?

With the group stage of Qatar 2022 concluded, it is time to evaluate which confederation was the best in the World Cup and which seems to be lowering the level of the event. Some teams were surprised and others disappointed, but which confederation demonstrated competitiveness among its participants.

If it is true that for the 2030 World Cup the number of teams will increase considerably, it is noticeable that several continents have a very poor level, and even if more teams enter, the level will be worse.

Now that the teams that will compete in the final phase of the World Cup in Qatar 2022 have been defined. Although it was known from the beginning that not all of the 32 teams had a real chance of winning the cup, we can see which ones gave the best competition. 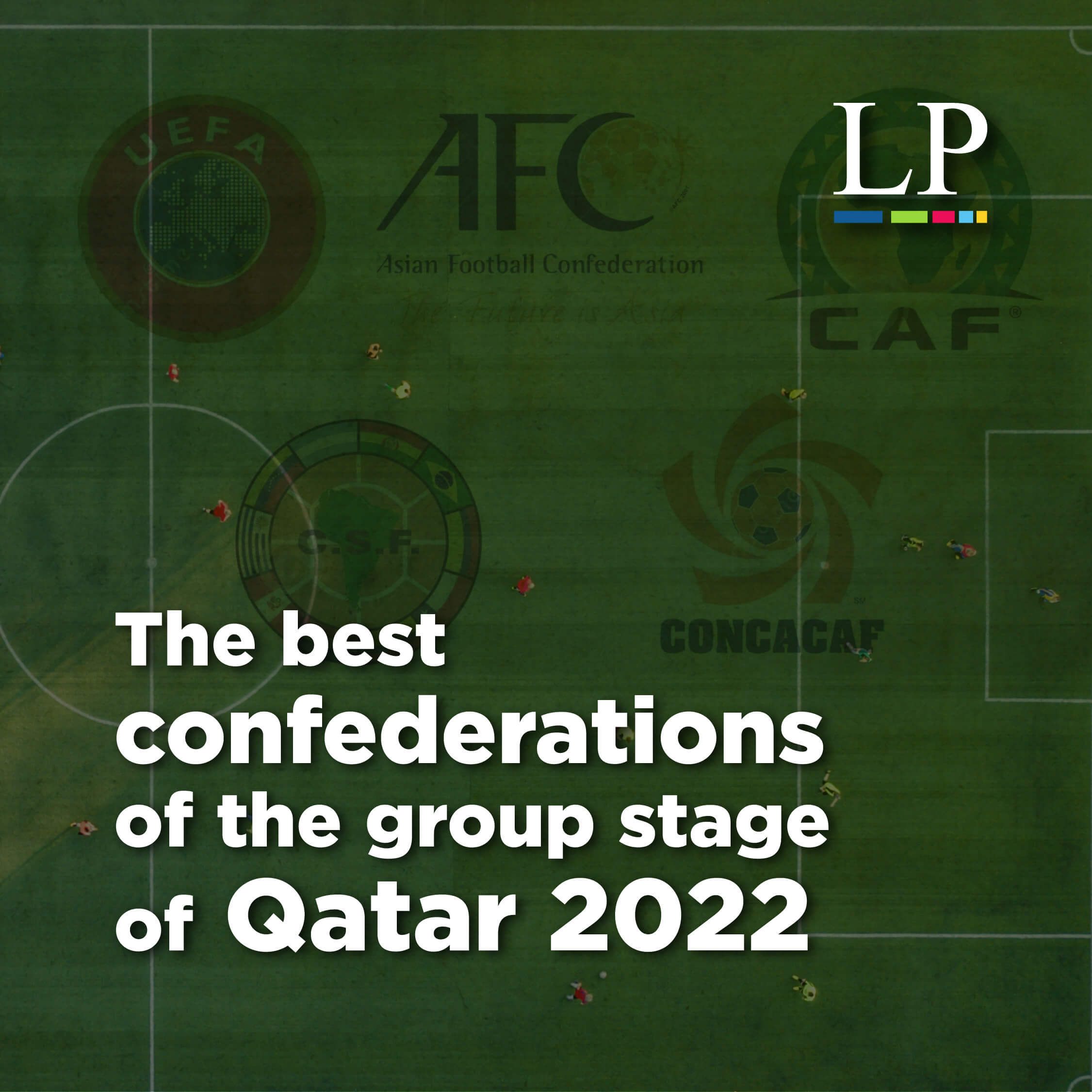 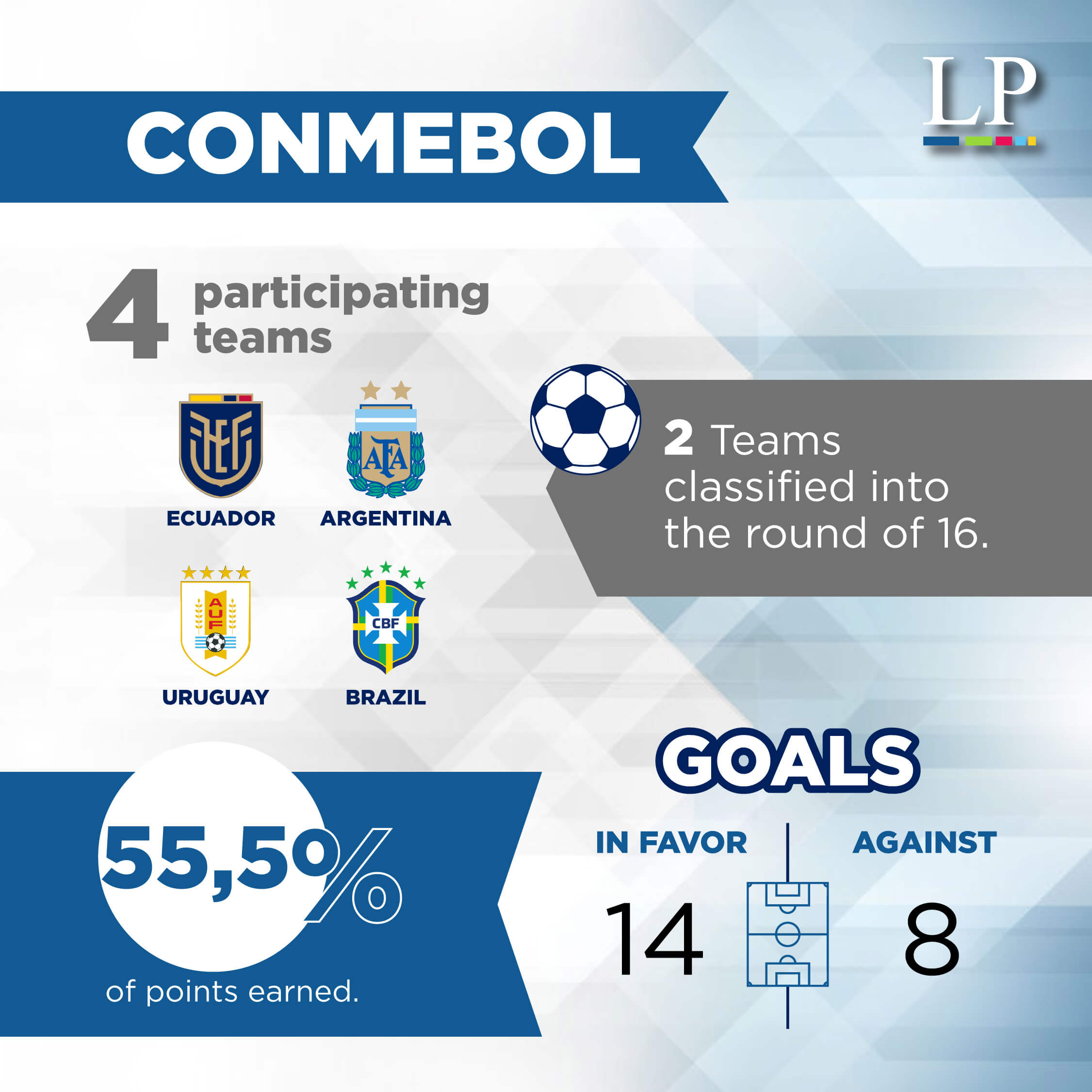 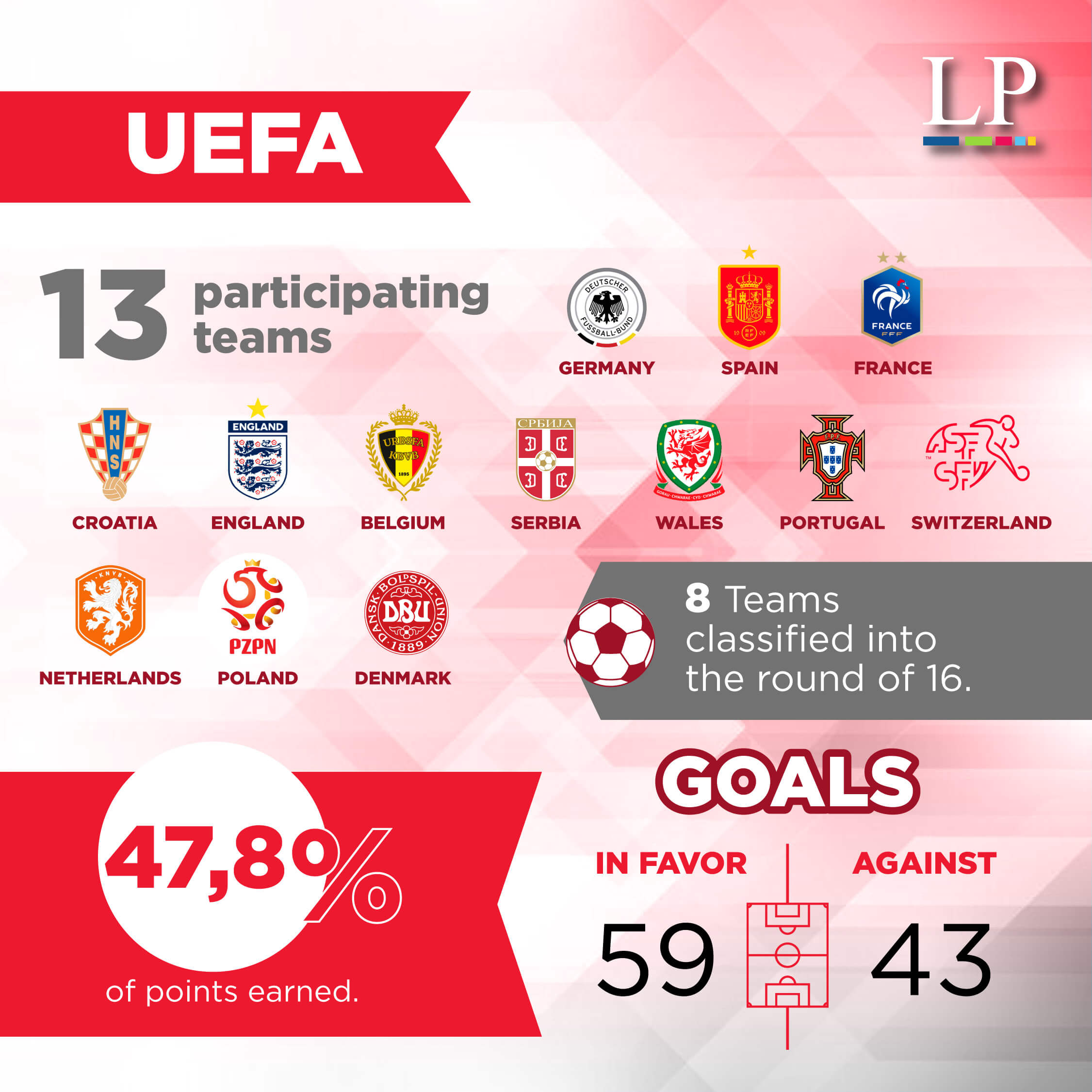 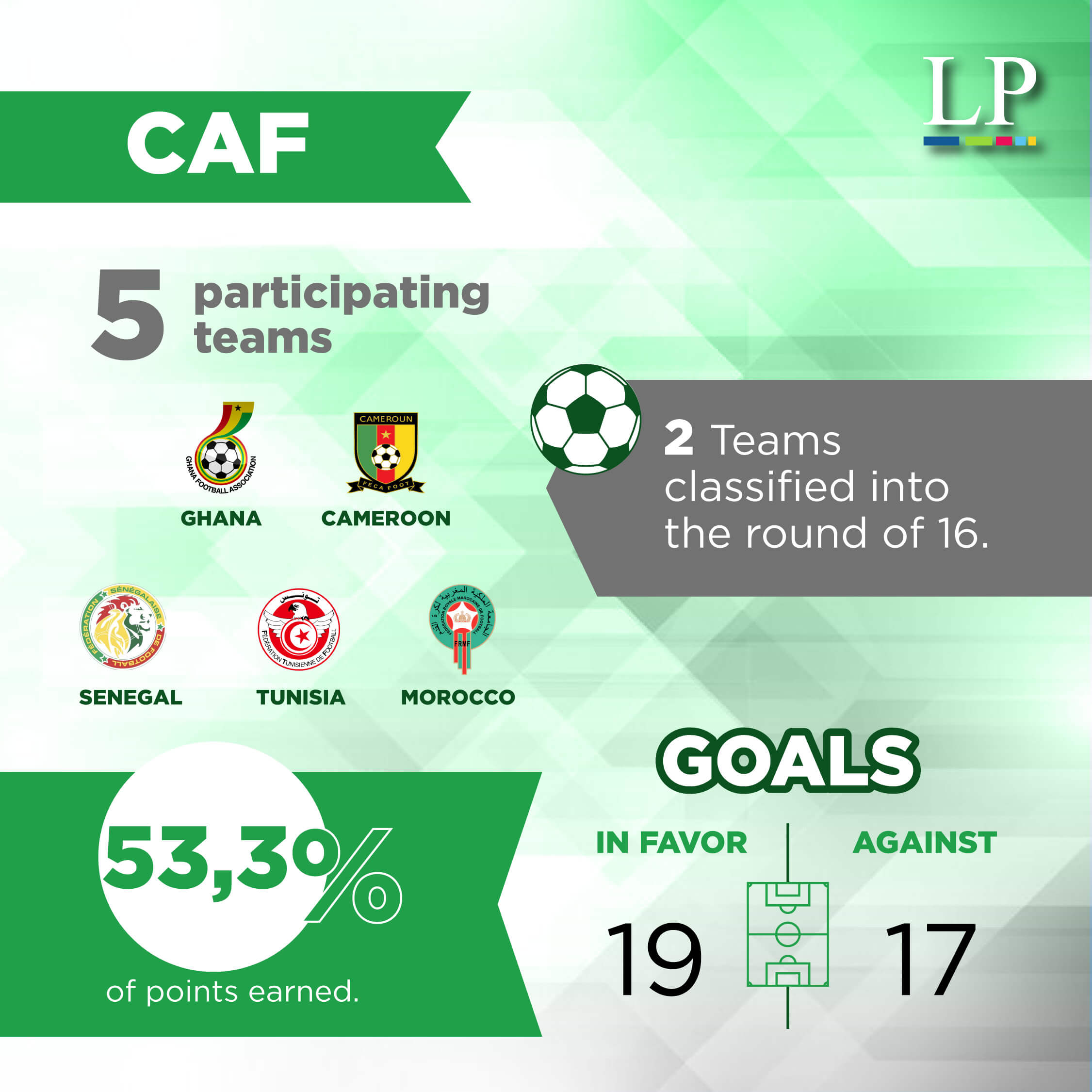 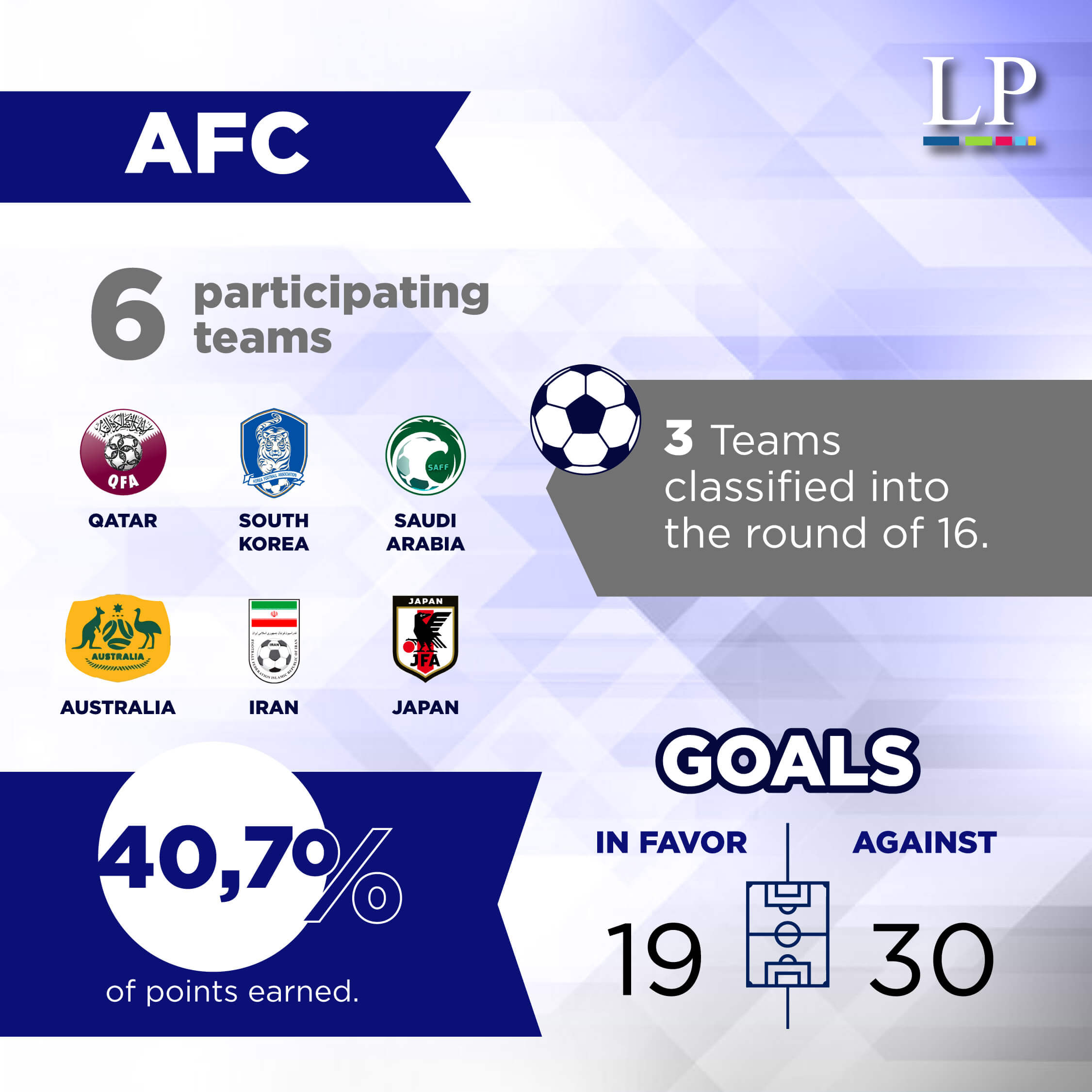 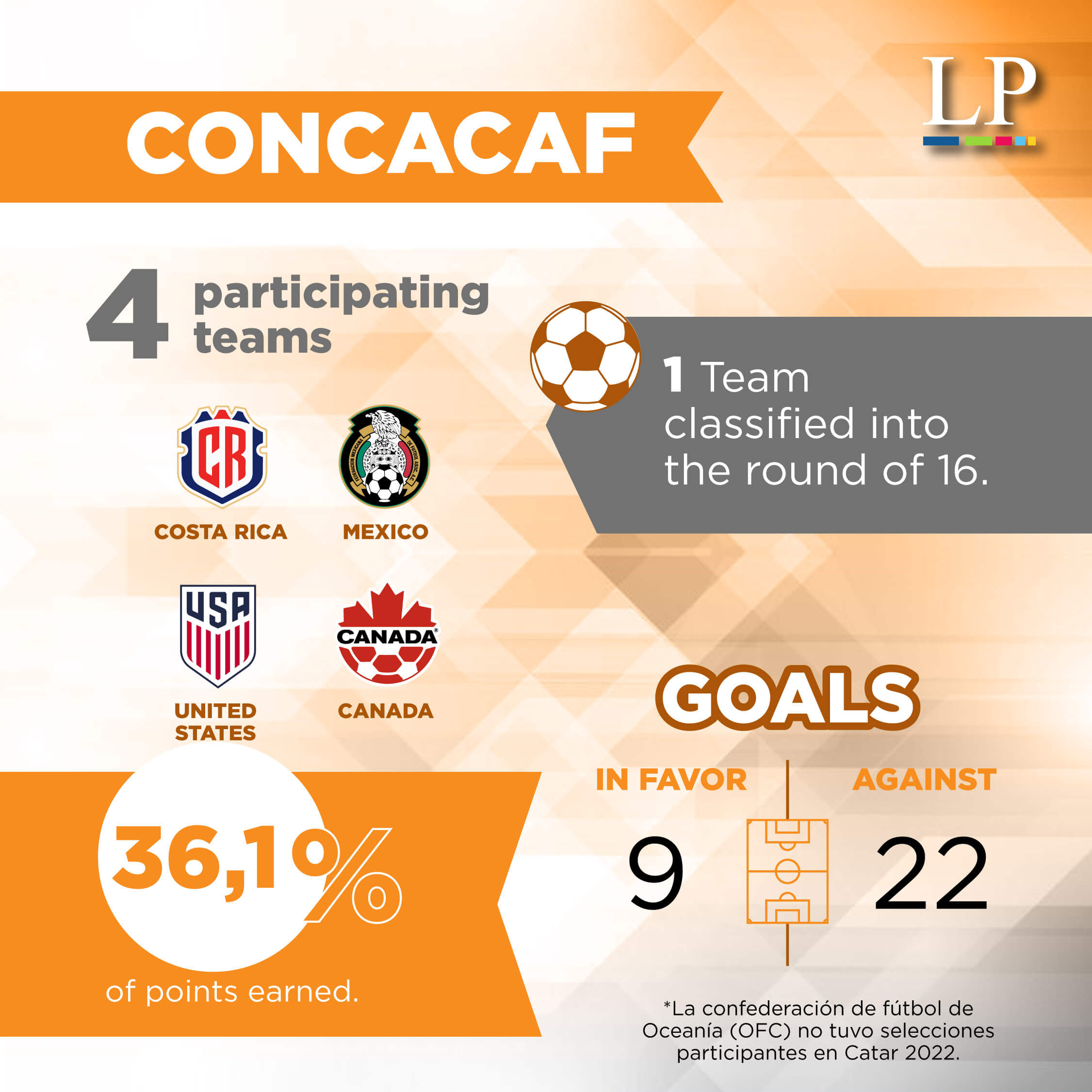