More than 500 hectares of land close to the Sierra Nevada de Santa Marta in the Cesár department were delivered to the Arhuac people as part of a project, Guardabosques Corazón del Mundo, which aims to protect the region’s ecosystem and the indigenous ancestral capital of Nabusimake.

“Who are more prepared to protect these resources than the indigenous peoples who are so close to these land and value them the most?” said President Santos during the ceremony which took place on February 25th. 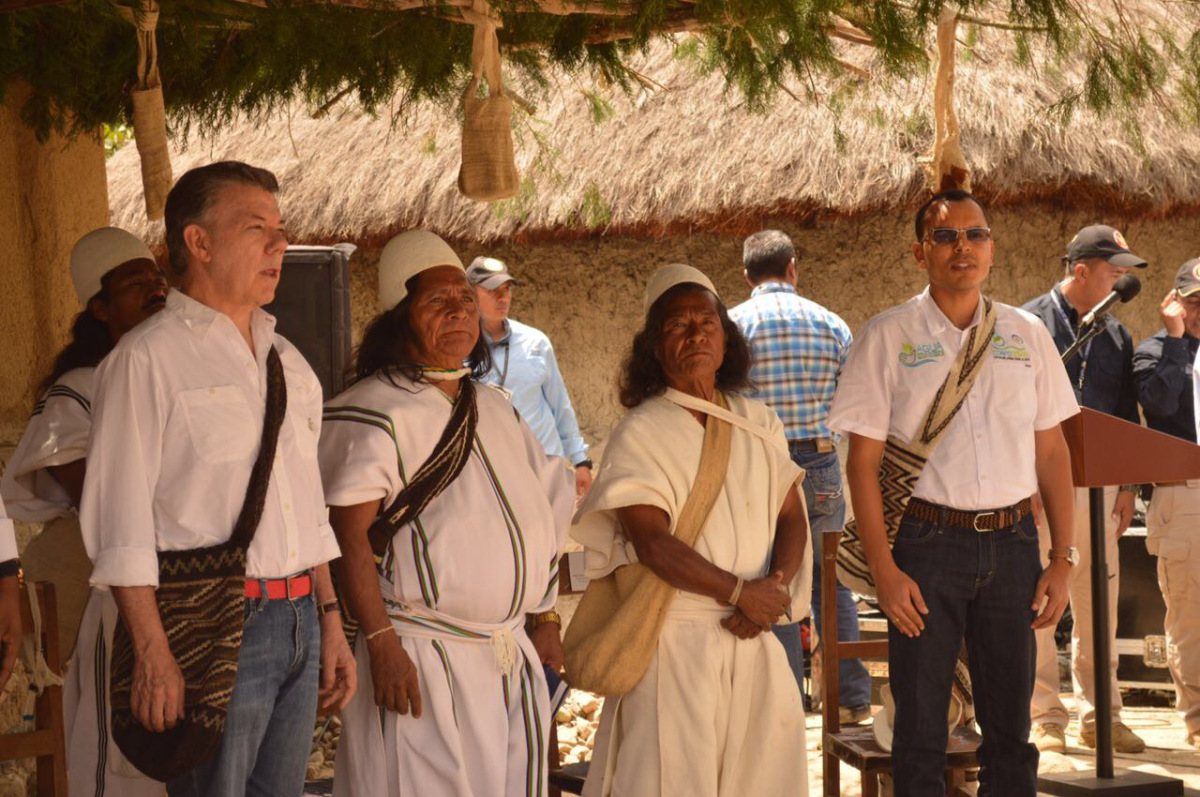 The government had announced in September the investment of 1,500 million pesos to finance this project. 70% of the hectares will follow ecosystem’s regeneration processes while the other 30% will be used to provide food security.

This will also be a way of fighting illicit crops cultivation in the area and instead promote the ancestral territory of the Arhuac and become the first of many “spaces of sustainable peace” as the government dubs them.

“With this initiative we’re are following our goal of expanding our conservation areas. This is a model that can be implemented in other regions of the country and around the world,” said Colombian Environment Minister Luis Gilberto Murillo.

“We want to congratulate the indigenous community for letting us now this model,” he added. The project was thought by 4 different indigenous groups living in the Sierra Nevada area and the Autonomous Regional Corporations.

It will allow groups who normally live in the upper areas of the mountain to go down to the riverbank and thus release pressure from the spring.

“Our plan is to make others understand what conservation means to us,” said Danilo Villafañe, leader from the Arhuac people. He also said Colombia must be one of the countries that do the most to mitigate the effects of climate change.