In 2015, the world reunited in Paris to sign an agreement that committed the nations to fight climate change and adapt to its effects. Given the holistic nature of the problem, it became of paramount concern for current and future generations. However, recent events can could threaten the success of the agreement and society as we know it.

The following map created by Parag Khanna, an international relations expert, explains the world’s conditions at a global temperature of 4ºC above pre-industrial levels. Besides the evident environmental changes, society will need to acknowledge the rising climate refugee crisis


According to the map, the current populated areas will have uninhabitable conditions for human beings. Deserts will be found throughout the equator, United States, Northern Africa, Europe, and the Middle East. The center region of South America, Mexico, and Central America will present extreme weather conditions unfavorable to humans.

The map also states that the habitable territories will be found on the norther hemisphere in Scandinavia, Canada and some limited areas in Africa, South America, and Antarctica. Interesting enough, the increasing number of refugees will threaten food and water security as millions of people arrive to these territories to meet their basic needs.

The climate refugee problem is not a concern for the future, according to Refugees International. Each year, 22.5 million people are forced to abandon their homes as consequence of floods, storms, and other extreme weather events while others are affected by droughts and food scarcity.

Neil Adger, professor of human geography at the University of Exeter stated, “in the future, climate change is going to cause humanitarian crises of a different type and dynamic, but they're going to be just as real and a catastrophic as the present refugee crisis". Climate change is not only a problem for the environment, humans on Earth will have to adapt to these extreme conditions and underestimating the problem could be a terrible mistake. 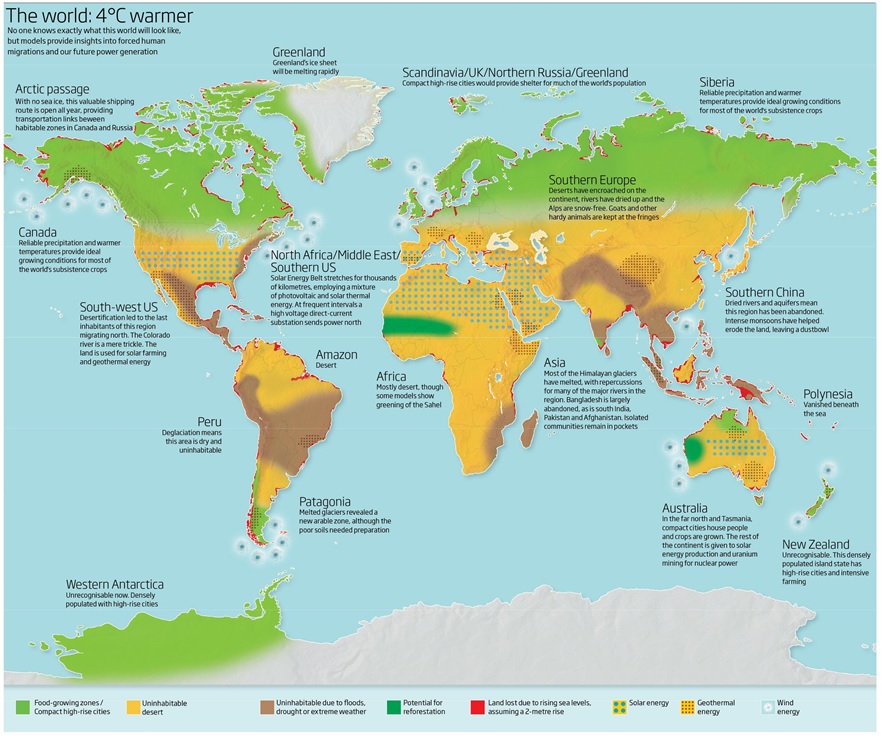