Did you know that the National Football League consists of 32 teams divided into two conferences and eight divisions?

This Thursday, September 6 begins the 2018-19 season of the National Football League or NFL, the most important competition in the sport. This is celebrated in the United States until the beginning of February.

The NFL consists of 32 teams, distributed in two conferences of 16 each and these are grouped in four divisions of four teams. The opening match will be between the Philadelphia Eagles monarchs and the Atlanta Falcons.

Although in Latin America it is not the most traditional sport, it is the most popular sport in the United States. After the coronation in the last campaign of the Philadelphia Eagles, in LatinAmerican Post, we want to detail better the conditions of this competition, as well as to determine which could be the main favorites to the title for the coming campaign.

How is it played?

It is contested in stages, and this includes the preseason, which began last August. The regular season is shorter than that of the Major Leagues and the NBA, since it only consists of 16 games for each club in 17 weeks, with one of rest. It goes from September to the end of December. In January, it starts the postseason.

The two conferences are called National (where Eagles play) and American (to which Patriots belong). Each conference is made up of 16 teams (32 in total) and they are divided into four divisions each by geographical location (North, West, East, South), which means eight divisions made up of four clubs.

Also read: These are the NFL football players who have raised their fists against racial injustice

There are six games against the other three teams of the same division, at a rate of two against each one (one at home and another as a visitor) that is the first point. According to Operations of the NFL, each team plays two games (local and visitor) against the four members of one of the other three divisions of the same conference (8). Up to here, there are 14 games.

The division against which is played is established by an annual rotation system. Finally, the remaining two matches to complete the 16 calendar are played against teams from the two remaining divisions of their own conference that have stayed in the same position in the previous season: one at home and one as a visitor. 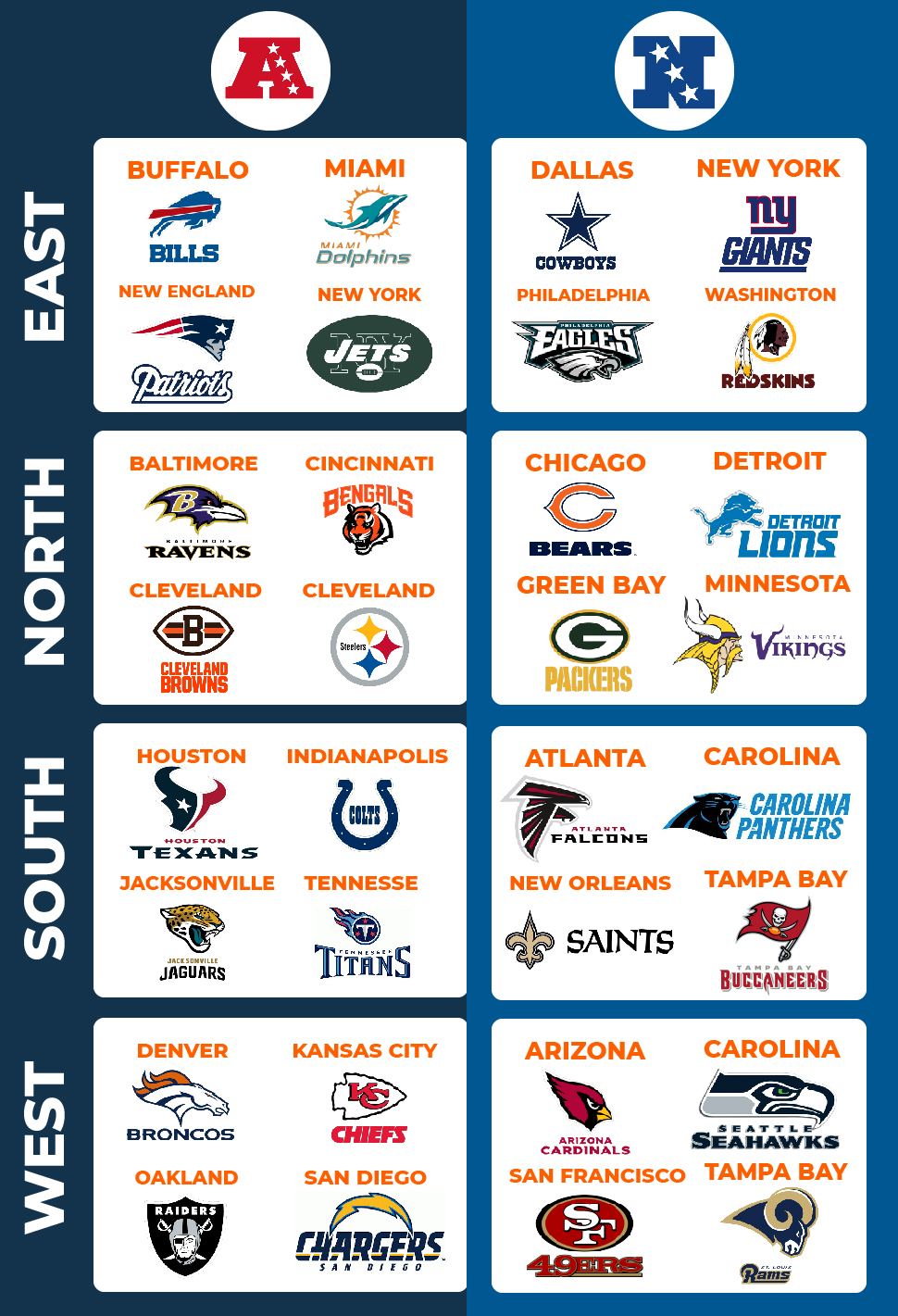 The emotion of 'a match'

What's the good thing about the postseason?

Direct elimination is played, that is, a single match in which teams win or die, just like in a World Cup starting in the round of 16. No series are played to the best of seven as in baseball or basketball. The first thing is to refine the Conferences, until having a champion, which are the ones who will dispute the Super Bowl.

The matches are separated by rounds. The first phase of the postseason is that of wild cards and on it they face 4 of the 6 teams that advanced by conference.

Why 4 out of 6? Because the two best records are exempt from playing the wild card round. Let's say they go directly to the third phase, which is the divisional round without playing wilcard, but then they face the two winners of those games. It's a kind of conference semifinal.

The two winners advance to the conference final to determine which team will represent them in the Super Bowl. The, it is similar to the MLB or the NBA, there is a champion by League or Conference and these dispute the final of the whole competition. In the NFL, the conference final determines a first champion and is like the penultimate phase of the event.

We arrived at the Super Bowl, the game 19 or 20 (if the team played Wild Card) and it is in this game, in which the champion of the season is determined. The Grand Final of the first week of February that ends a five-month campaign. A multitudinous event, which deserves a separate article for all that entails.

What are the favorites?

For ESPN specialist panel, the current Philadelphia Eagles champions are not favorites to obtain the title again. Although, the group of experts recognizes that the club is going to improve in the defensive sector, they assume that it will be difficult for them to repeat.

"You can go back to the final, but to win it again is difficult," said the panel. ESPN does not ensure the success of the pair Nick Foles and Carson Wentz, playing both the same position. The Vince Lombardi trophy, awarded to the winner of the contest, will be deputized on February 3, 2019 at the Mercedes Benz Stadium in Atlanta in the LIII edition of the Super Bowl.

The Lospleyers.com website summarizes the top five favorites for the title, four of which are from the National Conference.