Pepita Pérez is an artist who throughout her life has been marked by art in all its expressions. We tell you his story and about his most recent exhibition

Until next March 9 in the Hall of the El Bosque Building in the city of Bogotá will be presented the exhibition of paintings by the artist Josefina Pérez, known as Pepita. LatinAmerican Post was there, the artist made a tour of the show counting each of the details behind her works. Pepita's love for art has always been great, she grew up in a work home but the passion for music and for painting stood out. As she herself affirms, she helped her brother Enrique, who worked with watercolor, to clean the brushes and to have everything ready. She was his assistant. 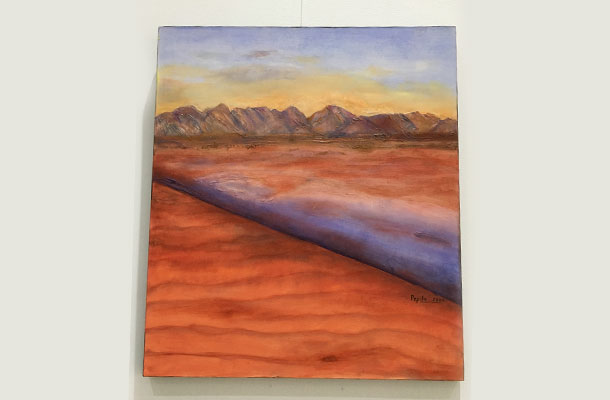 Read also: 3 tips to put a price on your works of art

Her art is in all its expressions because she studied theater at the Teatro Colón, where she had classes of the stage, lighting, and everything about the management of the stages and also enjoy ballet shows, a taste that can be seen in her works. Her exhibition is divided into two, the first part is made up of realism works which are characterized by having a high content of living nature that she admires. You can see waterfalls, wooded landscapes, deserts and jungles full of what looks like snow but is actually white sand.

These pieces are characterized by their textures, by the colors and the depth that their technique generates. It is impressive how with the spatula she manages to handle the oil in such a way that it gives the sensation of reality in each of the pieces. The second part is made up of works of surrealism, which are characterized by figures that must be seen carefully to identify the characters that are hidden inside the image, as well as to understand the history behind the work. 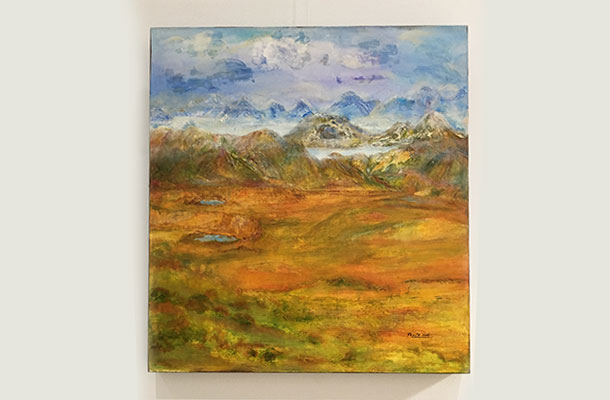 Pepita affirmed that it has been said that the painting Seres de Luz has a style very similar to some of William Turner's watercolors, not only because of the colors but also because of the way of distribution. 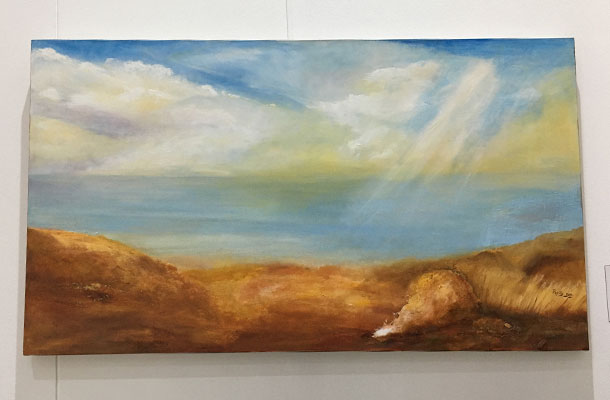 The protagonist work is Dueto de Amor, which is accompanied by a song that we had the pleasure of listening directly from the melodious voice of the artist. This is inspired by a photograph that told how everything around a person influences the aroma that it has. 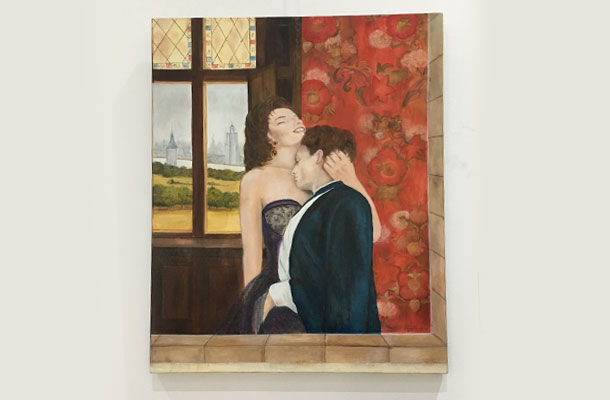 It is of great importance to value the work of people who, since they were born, love art and who carry it deep within their being, who live it every day with that overflowing passion and who pass it on to new generations. 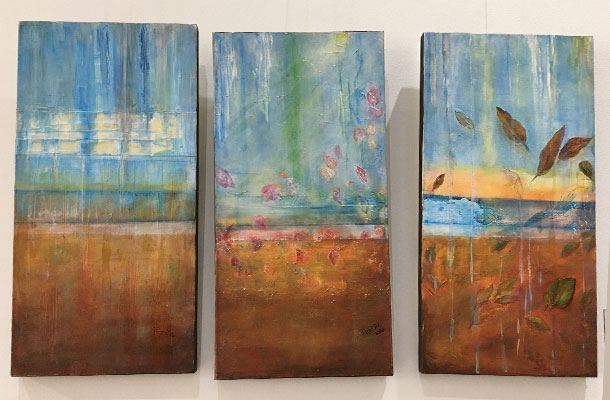