As promised, here we bring you four other destinations that you can visit this Holy Week

In our last installment, we told you about 3 wonderful places in Latin America that you can visit in the next week, the Holy Week. If you missed them, do not forget to read the article here .

While this cave is one of the most amazing and beautiful places on the planet earth, it is not for everyone. This cave, full of crystals of up to twelve meters in height and two meters in diameter, is one of the sites most similar to hell, with temperatures from 45C to 60C (these are already belonging to the deepest chambers whose access is only for geologists ) and humidity levels that sometimes reach 100%.

Why the recommendation, then? To begin with, exploring caves, besides being a unique and exciting activity, is a very unusual one, and what better way than to embark towards the unknown while there is free time? And that's not all: if you're a fan of Superman, this cave is the closest thing to the Fortress of Solitude!

The cave is home to the largest crystals in the world. It is owned by Industrias Peñoles, a company that extracts silver, lead, zinc, gold and other minerals, but is open to the public, with certain restrictions.

Being such an inhospitable place, the company must perform a medical test to each person who presents. Children under 16 and over 65, pregnant women, diabetics and people suffering from hypertension can not enter. All must enter with the equipment provided by the company and must follow the instructions bit by bit because disobedience can cause death. The first chamber, the Cueva de las Espadas, is 100 meters underground and the deepest accessible to the general public, is 300 meters.

This place is very close to the town of Naica. Although it is a fairly small place (around 5000 inhabitants), there are several lodging options to prepare to rest after the crossing. 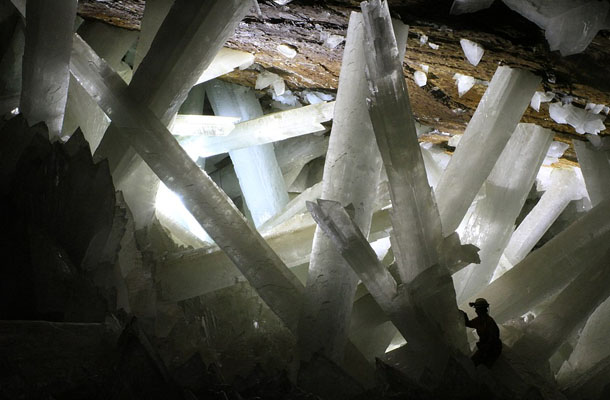 This small island located north of the Yucatan Peninsula until a few years ago began to develop a strong tourism industry, mostly focused on the sightings of the imposing whale shark, the largest fish in the world.

You may be interested in: Dark tourism: Latin America edition

However, this is simply one among the hundreds of reasons to visit this island that is slowly gaining popularity. One of them, which we consider the most attractive, is that it is a quiet island. Decades ago this was the case of islands such as Isla Mujeres or Cozumel, but in the present, these two islands are quite popular tourist destinations, so the essence of vacationing on a beach almost alone is lost. Neither is that Holbox is a desert island, but at least one goes to the beach and does not find hundreds of people in the same plan.

Getting there is not complicated. The fastest way to do it is to go to Cancun, go to the town of Chiquila, which is about two and a half hours by car and get on a ferry. That yes, it is necessary to hire a car or a van, because on the ferry they cannot ride the cars. From Chiquila to Holbox are approximately 20 minutes, or less if you have a faster boat. If you want to save, there are buses that leave from Cancun to Chiquila, but they don't pass more than three times a day, so you must find out the schedules.

The main transport in holbox is the always loved golf cart. Even taxis are like that. Likewise, it is not that the rental of the cart is very necessary, unless you have problems in the knees or simply don't like to walk because can get anywhere by walking.

This is our recommendation, because on foot one contemplates better the different painted murals in the streets, in the houses and in the main square. This is the perfect place to lie on the beach and forget about life for a while. If you are interested in swimming with the whale shark (no kidding), you should go between May and September. These fish will not be present in the other months outside this range. 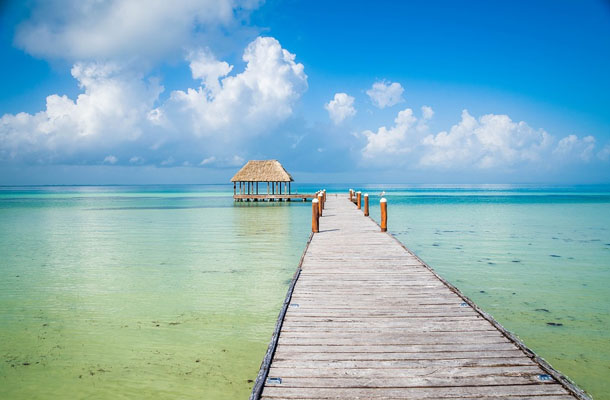 Most of those who have visited this place in Chilean Patagonia, agree that these caves are the most beautiful on the planet earth. The photographs confirm it. These caverns were sculpted by General Carrera Lake after thousands and thousands of years of gentle waves.

You can even swim under the marble roofs, making it easy to take a dip. What amazes most are the colors: both of the marble that change depending on the sunlight and the water that reflects the walls and ceiling, giving it a unique tone.

Arriving there, although it is a little complicated, is all covered with several tourist agencies. The nearest airport is in Coyhaique, the capital of Chilean Patagonia. Upon landing, he immediately grabs a bus or private transportation to Puerto Río Tranquilo, a small town located near General Carrera.

This route is through the Carretera Austral, a great road that makes the journey in Patagonia possible. There he embarks on small groups, slowly walks the lake to appreciate its beauty, and then ends up swimming under the imposing marble roofs. 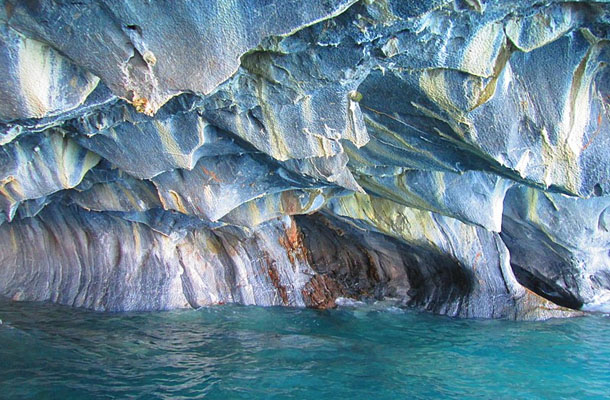 Colombia is a quite religious country - it is not fortuitous that they call it the Country of the Sacred Heart. Semana Santa is a very important moment for Colombians, at least for believers, so if you are curious about living a religious experience, this is the best week to go to Colombia.

This municipality is in the north of the country, in the department of Bolívar and has been celebrating with the same fervor Holy Week since ... 1564! Almost half a millennium of going out on the streets to celebrate the life, death and resurrection of Jesus Christ . Even for atheists or belonging to another religion, this is a quite unique plan, not to mention that in passing one knows a beautiful colonial town with several impressive marshes. 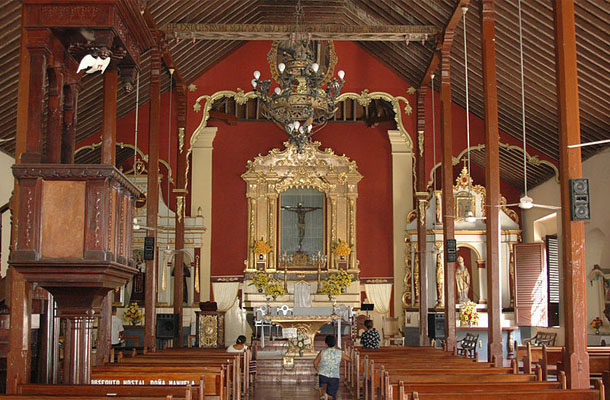 It all starts with Domingo de Ramos, when all the Momposinos go out to the streets with bouquets. The next important day is Wednesday, which is when they pay homage to the dead with a great march that ends in the cemetery, also an incredible location. They all wear special outfits that give an unparalleled feeling to the marches. They also take out several statues and relics.

Getting there, like many parts of Colombia, is a bit complicated. The nearest airport is Cartagena, the capital of the department, and from there it is a six-hour trip by land. The good thing is that the route, even if it is long, considering the short distance, is an opportunity to see the vast Colombian vegetation.