Although she has always worked sculpture , the development of a painting cycle was a challenge for the artist Adriana Cuellar. The name of the exhibition In your silence lives mine comes from a song and is the way the artist managed to rethink the idea of "the sacred" in a country as Catholic and non-Catholic as Colombia is.

This is broken down by a number of questions and issues that are delicately and beautifully shaped in each of her works. The main question is: where is the sacred ?, taking into account that we were conquered by Spaniards and religion was imposed on us in an abrupt and violent manner. 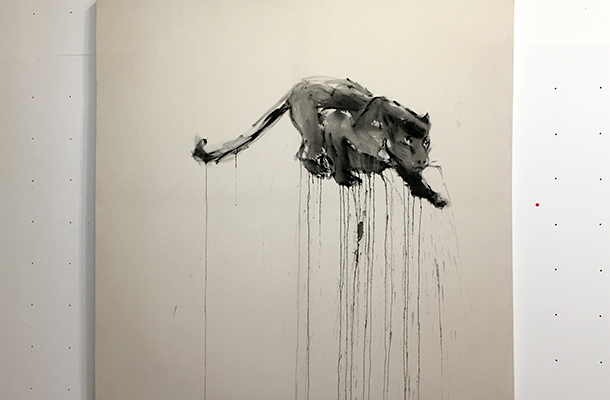 The star characters of her work are black panthers, which are a representation of her innumerable walks through the Colombian territory and the way she found to express that relationship between the indigenous and the animals, the land, fertility and life, taking note that many of these elements are sacred to them.

Finding there another meaning and relationship to the central theme of her concern, "the sacred": "I started painting the panthers and from there I rescued to feel again 'the sacred' of our land." 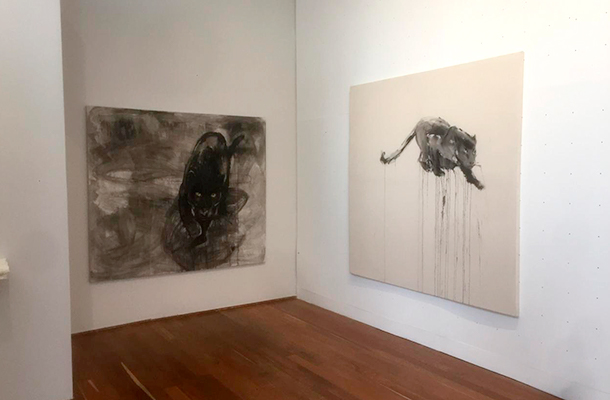 In the exhibition is also the theme of "the sacred" Catholic, question that takes from her personal experience to come from a Catholic family: "the sacred Catholic has to do, for me as a woman, with the convents, that search for the feminine in the sacred."  That is why one of her works is called "latticework", a word that defines those walls that show through and from where the nuns sing in a convent in such a way that the sound passes through those slits that the structure has.

With very representative colors of the church, Cuellar uses the famous eight-pointed star in gold that evokes the wall or ceiling of a church. Element that is repeated in the work of the panther with gilding, which produces a very different sensation considering that it is in an animal as strong as the panther and that is indeed its message, to show the strength of the panther covered in gold, also evoking that ancestral factor that is the axis of her exhibition. 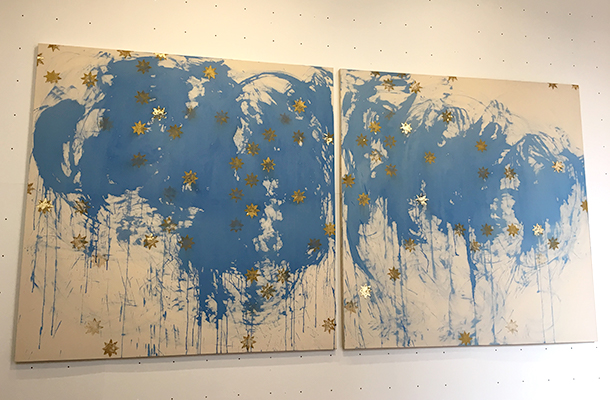 There are many issues that arise at the time of knowing the exhibition of Cuellar taking into account its central theme. Her acrylic works on canvas are colorful, full of strength and express in a concrete way each of the feelings and situations that she wanted to express. It is an exhibition that not only makes us think of ourselves as Colombians, as Bogotanos or as Catholics, but above all and most importantly, as inhabitants of the world. 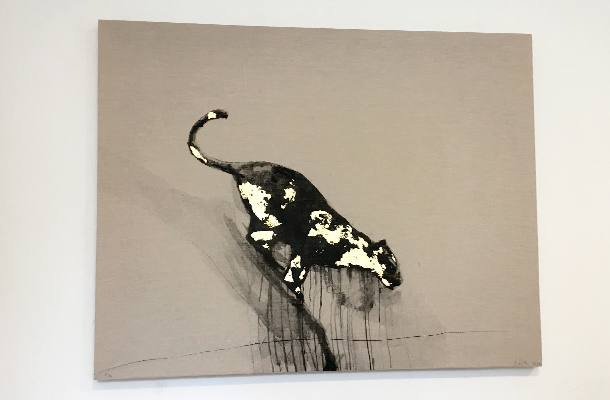