The second short film by Carlos Montoya, winner of the Generation K Plus special prize, premiered at Tonalá Cinema as part of Bogoshorts Sessions

Last Tuesday, April 30, in Bogotá, the short film El tamaño de las cosas by Carlos Montoya was premiered, after having won the special prize of the Generation K Plus category at the Berlinale, the most important film festival in Germany. This screening was framed in the Bogoshorts Sessions, a Bogota initiative that bets on the short and whose space at Cine Tonalá are every Tuesday night. 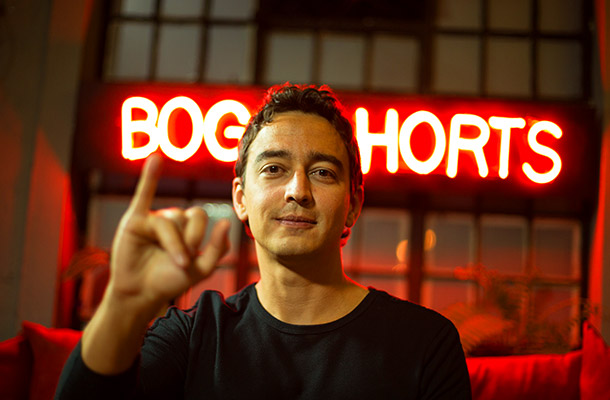 In the 12 minutes of the short film, we see a child who finds a chair in the middle of a forest near his home. He takes her to his precarious home and his father tells him that he has to return it, that he must not take what belongs to others. Thus begins the obsession with this object that, in view of the child and the spectators, even the father, begins to change it's size, without explanation, without a pattern. Does the object represent the inner state of the child, or is it just a phenomenon without any relation to the humans who are witnesses of its change?

However, as Montoya affirms in an interview for El Tiempo, looking for that symbolic level is not always necessary: "The selection focuses on films that take young people seriously in their narratives and their cinematic languages. Films that are told through the eyes of their young protagonists and make their worlds tangible. Films that open doors for audiences to unfamiliar worlds. Films that demand bravery and encourage connectivity. Films that hold up a mirror to the adult world". If we take this as a premise, the change in the size of the chair acquires another level of interpretation, in which we do not have to pay attention to what the chair represents for the child, but simply to be witnesses of what happens, without judging it, without seeking an explanation, just as the child and his father are.

Read also: 5 feminist film directors that you should know

The childhood, the fable, and the short film

The Special Prize of the #GenerationKplus International Jury goes to 'El tamaño de las cosas' (The size of things) by #CarlosFelipeMontoya. #Berlinale2019 pic.twitter.com/JCVWLrX9Kr

The Generation K Plus category, in which he won the prize in Berlin, focuses on the world of children and youth, which does not mean that his audience is only children. As the festival's official website notes about this section, "the selection focuses on films that take young people seriously in their narratives and in their film languages. Films that are told through the eyes of their young protagonists and make their worlds tangible. Movies that open the doors of audiences to unfamiliar worlds. Movies that require courage and encourage connectivity. Films that hold a mirror to the adult world. "Because of the above, the concept of what is meant by children acquires broader nuances and than we think about movies for children.

Montoya, in an interview with LatinAmerican Post at the premiere, said: "It's not that I've thought about making shorts for children, but that in stories the fable is naturally a narrative of the state of life that occurs in early childhood. So I think the stories we're doing in this process are stories for all audiences". Thus, he not only associates the infantile with a sensitivity of any age, but he associates it with a genre with which we all grew up: the fable.

However, it is not the fable in a Christian sense and how to do good, but in a sense of crude and ambiguous teaching as in the classic fables. In this regard, he mentions that in the short "yes there is a moral issue, I do not know if teaching, because we would have to see if really the short or the old fables had such clear teaching, sometimes they were pretty crude and direct things."

The teaching from the space of childhood did not order to comply with a law, but questioned the viewer and left the moral interpretation in his opinion: "first was the moral as a source that had no trial, the stories were shown and then the people judged, and the thing derived or degenerated a bit in the moral, but interesting is that a story does touch the moral issue of a human being faced with a decision". 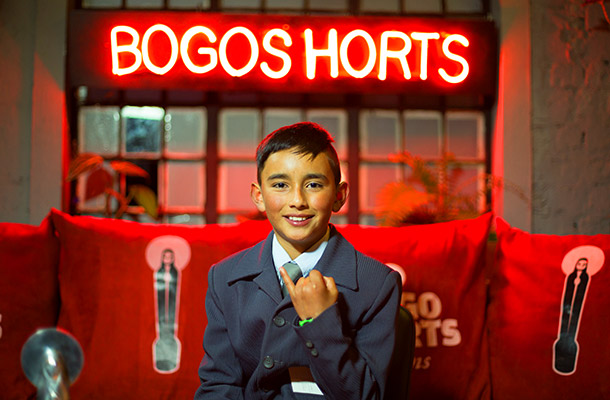 From philosophy to cinema

As when he began his university studies there was no Film School in Medellin, Montoya decided to study philosophy, and says that "it appeared as a possibility to access a very solid academic training, (...) finally I always continued working in the cinema during the race, I kept doing things, I was a cameraman for a long time and making documentaries ". Even so, he managed to connect his studies with the film through the texts of Gilles Deleuze and then studying creative writing focused on the script.

Regarding its purpose with the cinema, in the Q & A after the screening, the director mentioned that his intention was the desire to make films for people in the field, or rather with them as actors and film participants. Then, not only seek to give meaning to the Colombian rural world, but to make them participants in the symbolic and identity world that is gestated with the audiovisual media. In this way, people like José, the father of the child in the short, who had never been to the cinema, can say that they are not only proud to be a movie but to watch Colombian cinema.

The cinema amazingly portrays some of the ways in which technology can turn against us. Here we take a tour of Artificial Intelligence in the cinema through 4 films.

Cinema has progressed towards including more women in leading roles. Still, there is not enough female representation behind the scenes in writing, directing, and composing.

Did you know that women were responsible for creating hundreds of early Hollywood films? We tell you everything you need to know.