Cloning animals looked like a science fiction novel. Nowadays it is a reality, because there are already several laboratories that commercially offer to clone pets

The saddest thing about pets is that they don't live a long time in relation to a human. Suppose you own a Labrador Retriever; they only get to live an average lifespan of 12 years, according to an article from The Pampered Pup. Many would have given anything to be able to share more years with their furry and deceased companions, because they feel that in their short life they did not manage to share enough. For those who feel this, there is already a solution to these problems, even if it is not cheap or morally approved. 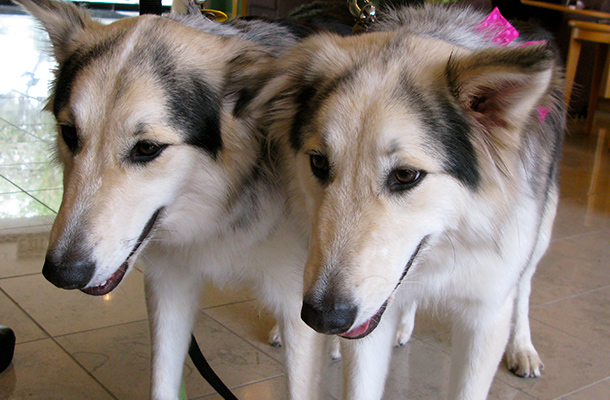 That's right, we live in a world where commercial cloning is a reality. Many will remember the first case of a successfully cloned mammal: Dolly the sheep in 1996. The first cloned pet animal was the CC cat, known as Copy Cat or Carbon Copy in 2001 at Texas A & M University, which is still alive. This advance, published in the journal Nature, opened the doors to the possibility of commercially cloning everyone's pets.

The world had to wait four years to see the first cloned dog, which apparently is much harder to clone than its feline counterpart and other animals successfully cloned as sheep, cows, and frogs. Snuppy, an Afghan hound, was born in a South Korean laboratory and was named by Time magazine as the most extraordinary invention of 2005.

Read also: 5 of the most expensive pets in the world

However, these clonations were motivated merely by scientific advances to improve the practice of cloning. Cloning did not wait, because, in 2004, Julie from Texas was the first client of commercial cloning. Little Nicky, cloned of the dead cat of the Texan, was born in the Californian company Genetic Savings & Clone Inc., according to The Guardian. Its cost was USD$ 50,000; Currently, cloning a cat is worth exactly half of what Julie paid.

Five years later, the first case of a commercially cloned dog was discovered. The family responsible for ordering this feat were the already retired Ottos from Florida. Sir Lancelot, an adorable labrador and the couple's favorite child, developed cancer when he was just eleven years old and died shortly after.

However, the couple was already prevented, because four years before the dog died they had already stored a DNA sample from the canine when they heard that cloning technology was advancing rapidly. $ 55,000 and a collaboration between a San Francisco and South Korean lab afterwards, Sir Lancelot Encore was born and the Otto house shone again, The Daily Mail reports .

It should be noted that, although the clones are genetically identical to the living being from which the sample was taken, this does not mean that they are physically identical and that they have the same personality. Take CC, for example, whose fur was quite different from that of his mother, since this is not subject to the genetic but to separate processes that occur in the womb. As for the personality, although some animals are predisposed to certain characteristics, it is the breeding of the animal that has the final say in these traits.

While this practice is bringing joy to broken homes due to the sudden loss of their furry relatives, there is a tiny sector, both scientists and animalists, who are adamantly against cloning. One of their biggest concerns, according to the Smithsonianmag, are the health complications to which cloned beings are more vulnerable than those conceived naturally and the high mortality rate shortly after birth.

While the results have improved since the cloning of Dolly in 1996, there is still resistance to this practice. According to the National Human Genome Research Institute, researchers have found that in cloned mammals it is more common to find deformities in vital organs such as the liver, brain and heart, problems with the immune system and, in general, there is less life expectancy.