Called the "German Greta", the 23-year-old activist promotes the care of the environment and urges her country to have a policy compatible with the Paris Agreement

Inspired by the work of Greta Thunberg, a 16 year old Swedish girl who has championed the fight against climate change, Luisa Neubauer is fighting for Germany to implement public policies that comply with the Paris Agreement and combat climate change.

Neubauer has used her social media accounts to make visible the mobilizations and requests of young people. For her work, she has been nicknamed the "German Greta", because she has become the face of the protests led by Thunberg in Germany. The activist has dedicated herself to organizing demonstrations for the protection of the environment, after she met the Swedish activist in person.

Her voice has become as important as that of the Swedish, so she has met with leaders like Emmanuel Macron. In this infographic, we tell you more about one of the young women who represents the fight against climate change. 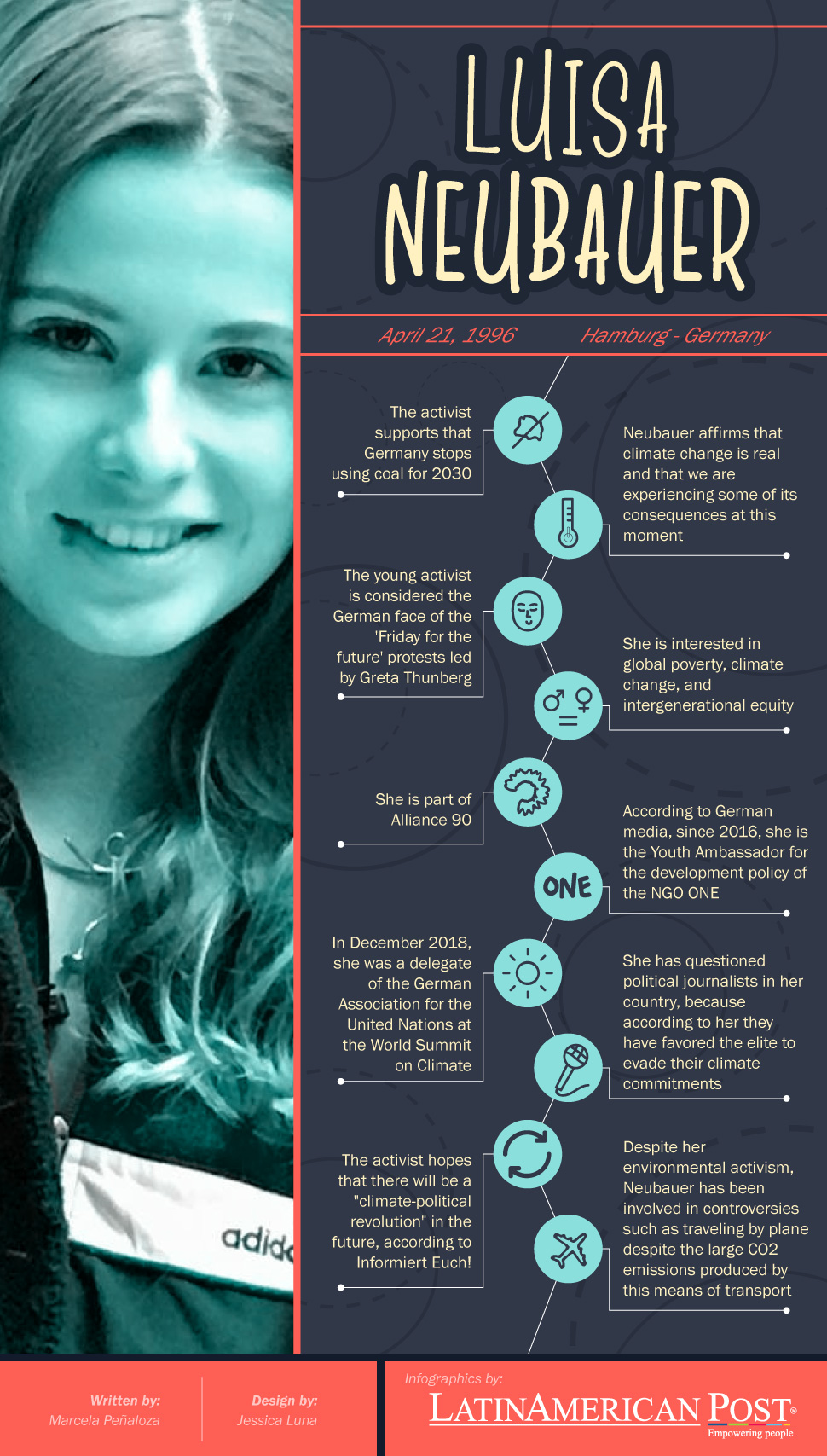