Discover the tragic romance behind Hacienda Casa Blanca and schedule your next event in this colonial house.

Hacienda Casa Blanca, surrounded by pastures and nature, was declared of cultural interest by the Mayor of Bogotá. For more than 30 years, it was intended for educational purposes and in 2020 it opened its doors for social and corporate events as well as for short-term stays. / Photo: Courtesy

In 1789, María Josefa Camero began her life as a novice in the Convent of Santa Inés, located in the down town of Bogotá. Since then, it was rumored that she had no vocation for that life. When Camero turned sixteen, her parents had already passed away and she had inherited a considerable fortune. Her properties included the beautiful Hacienda Casa Blanca, located in the northwestern hills of Bogotá.

Around this time, Antonio de Aguirre, a handsome young Spanish man, served Ezpeleta as Captain of the Guard and was very close to the Viceroy. Aguirre had met María Josefa in a Sarao and had fallen in love with her grace and perhaps with the young woman's considerable fortune. Camero would also had been captivated by Aguirre's elegance and his imposing green captain's dress.

However, the young woman's tutor did not look favorably on the Captain and therefore planned to make her profess, giving the convent a new nun and a huge fortune. To carry out these plans, the tutor had the support of the ecclesiastical power that Camero could not have resisted. This is how María Josefa began to live in the world of confinement against her life aspirations. 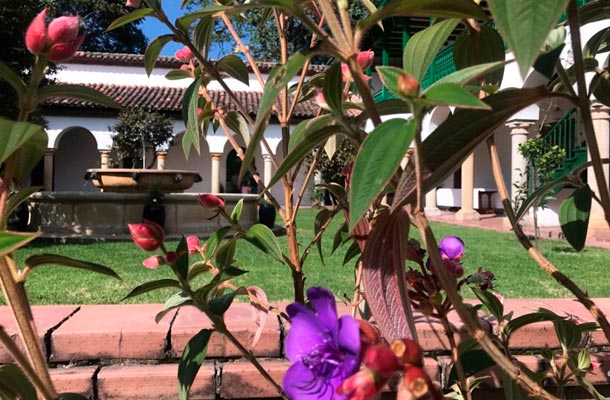 Picture taken by Carolina Pizano. Side view of the patio- Casa Blanca 2020

Antonio was not going to give up so easily and the solid doors of Josefa's isolation perhaps stimulated more his desire to fight against the obstacles that were implicit in his conquest. Instead of turning away, Aguirre sent her clandestine love letters while she was locked up and watched by the nuns, who did not want to let her fortune escape. With the passing of the days, the captain decided to put all his credit at stake with the Viceroy, so that he claimed the ecclesiastical power from Miss Camero.

In those days, when a young woman took the habit, the three days before profession, she left the convent and was celebrated by her family and friends. Antonio attended these celebrations, but soon Camero was back to wear her modest habit in the convent.

There was only one day left for her profession. When the expected day arrived, rumors began to be heard that Sister Camero would not profess. At half-past five in the afternoon, while the nuns were gathered for their devotions, they were interrupted by strange sounds.

Shouts could be heard in the nearby streets while the door of the convent received strong knocks. When the doorkeeper sister approached the door, she heard the viceroy's order for Josefa to be immediately realesed. Captain Aguirre appeared with a sword, openwork hat, spurs, and his green uniform, communicating the Viceroy's order. The superior had no choice but to hand Camero over to the Captain.

Also read: The 5 most beautiful and striking lakes on the planet 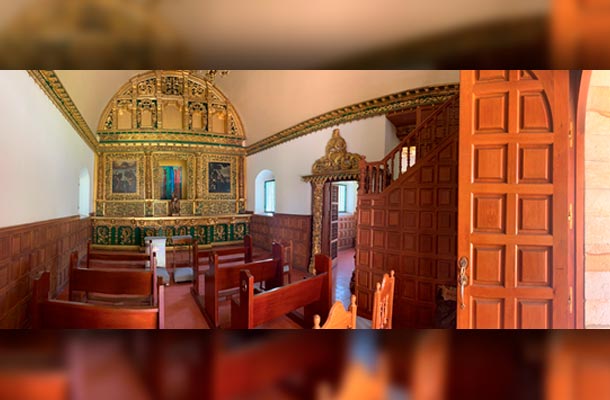 Picture taken by Catalina Mejia. White House has its own chapel, duly authorized for the celebration of Catholic marriages

A few days later, María Josefa and Aguirre married and went to Puerto Rico, where her husband was promoted after having acquired his wife's properties. Among those valuable properties was the "Hacienda La Ramada", located in Puente Largo.

Many years passed in the convent without any news of María Josefa. One day a letter arrived at the convent in which Camero apologized to the Superior and accepted that she had made the biggest mistake of her life,  she also spoke of a life of immense hardship and pain. Aguirre had not only taken away her fortune, but he had also kept her two children and abandoned her entirely. 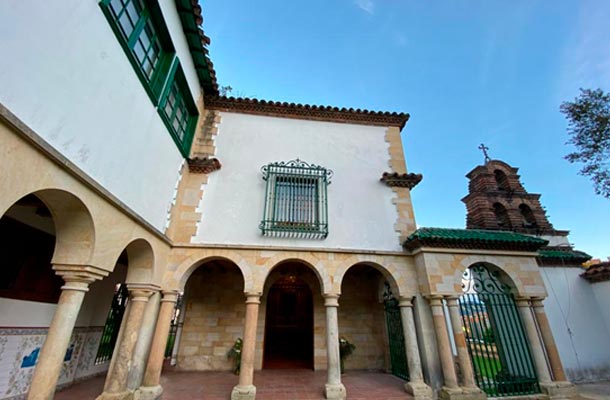 The good news is that Hacienda Casa Blanca has been preserved since then and was remodeled and restored in 2019, opening its doors to the public in 2020 for social and corporate events, as well as for short-term stays. Located in Bogotá, Casa Blanca is one of the few colonial houses that are preserved today in the Colombian capital. Don't miss the opportunity to hold your events in this historic and luxurious event house. 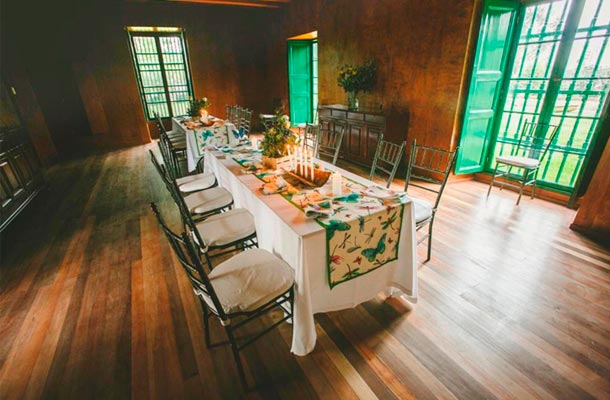 Picture taken by Laura Mejia. The majestic dining room of Casa Blanca is open to the public for holding events. 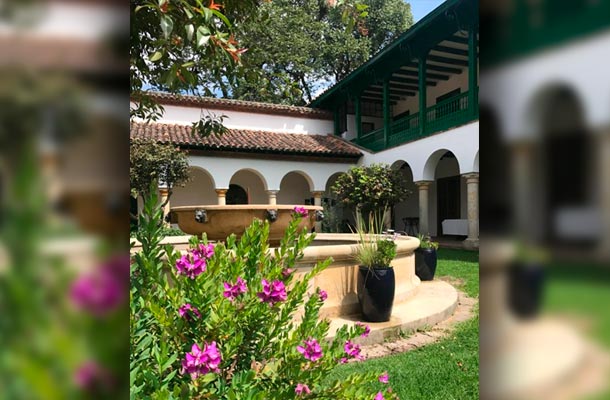 Picture taken by Carolina Pizano. The small details of colonial architecture will make your event an unforgettable day.

For more information, visit us: