At sea is the installed capacity to capture the largest amount of carbon on the planet .

Mangroves are one of the most efficient ecosystems to mitigate climate change. / Photo: Clara Lucia Sierra

Mangroves are part of the so-called blue forests and are beginning to be protagonists among the hundreds of ecosystems that planet earth has. Their ecological characteristics mark their role in the drama of global climate change as they become conservation superstars.

"Mangroves and other blue carbon ecosystems, such as seagrasses and marshes, are incredibly efficient at storing carbon," says Isabelle Vanderbeck, international expert on waters of the United Nations Environment Program (UNEP).

"They can absorb and store up to 10 times more carbon than terrestrial ecosystems, making them a fundamental part of efforts to mitigate climate change," she adds.

The world is losing these ecosystems at an alarming rate, three and up to five times faster than other types of forests are being lost.

"More than a third of the world's mangroves have disappeared in the past 100 years. It is a trend that must be stopped right now if we want the species and communities that depend on these coastal forests to survive," says Vanderbeck. 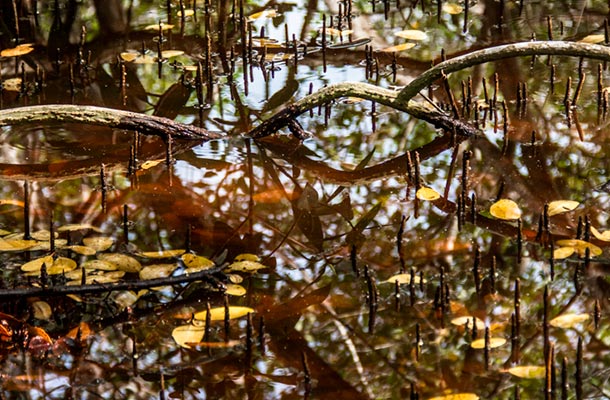 Mangroves as part of those blue forests that function as carbon storage machines, stretch along the coasts where freshwater rivers meet the sea. This is their biology, the same that allows them to thrive under conditions that are adverse to other trees due to the toxicity in which they grow and develop.

They tolerate high and fluctuating salinity and take root in salty and low oxygen soils, therefore the bad smell that emerges from their waters and roots.

They are highly productive and the communities that live close to them depend on the food supply they host and the raw materials they offer, such as quality wood for construction.

“By closing the gap between land and sea, mangroves are full of life. They serve as breeding grounds for many marine fish and invertebrate species that find food and shelter among submerged roots. ” explains Stacy Baez PEW Research Center Coastal Wetland and Coral Reef Protection Officer.

“A large number of fish, mollusks, clams, oysters, crabs, birds and other animals make their homes in the middle of the mangroves, creating an ecosystem rich in food for animals and humans. Coastal communities depend on this habitat for food security, livelihoods and recreation around the world, "clarifies Baez.

When the supply of services is so great, conservation policies must be expanded and strengthened in favor of conservation that favors people.

Pew argues that although mangroves are highly valued for their intrinsic biodiversity, they also benefit communities that are working to adapt and mitigate the effects of a changing climate.

"Mangrove roots stabilize coastal soils, reducing erosion and flood levels during storms," explains Stacy Baez, while forests buffer the coasts from the full impact of the waves. These flood protection benefits, according to the Official, only exceed $ 65 billion per year. Furthermore, mangroves absorb carbon dioxide that warms the atmosphere and sequester this carbon for centuries in the underlying soil. 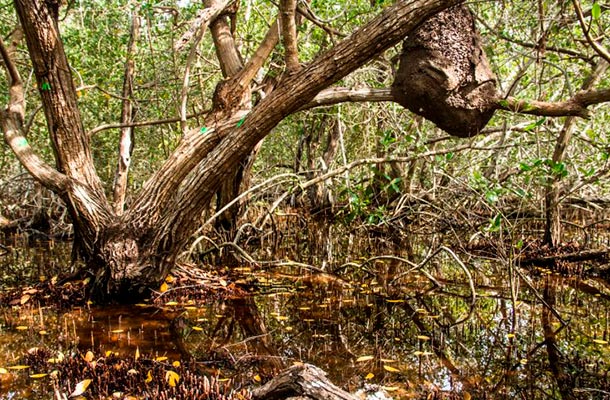 For the United Nations Environment Program, the growing recognition of the role of mangroves in mitigating and adapting to climate change and the burgeoning global carbon offset market are a source of hope for mangrove ecosystems throughout the world.

With the support of the Global Environment Facility (GEF), the UNEP Blue Forest project and GRID-Arendal is working with partners in eight countries to evaluate blue carbon projects and other nature-based solutions that can be replicated and help countries to meet the objectives of the Paris Agreement.

It may interest you: Avoiding illegal wildlife trafficking can prevent pandemics

"Our partners in Gazi Bay, Kenya have the first functioning blue carbon market project worldwide. Carbon credits have been supporting communities to conserve and restore mangroves for the past few years. The project also supports community development activities such as the construction of freshwater wells, "explains Lutz.

Currently the Blue Forest project of the United Nations Environment Program is working in the Dominican Republic, Ecuador, Kenya, Indonesia, Madagascar, Mozambique, the United Arab Emirates and the United States, to test approaches to the conservation of the coastal ecosystem and promote carbon finance based on mangroves.