2020 was a very violent year for environmental leaders. A report shows that Latin America continues to be the region with the highest murder figures and that Colombia is the country that tops the list .

Within the fight against climate change and environmental crises, there are environmental activists and leaders who every day put themselves at the forefront to combat misinformation and protect biodiversity and the communities they inhabit. Photo: Pexels

Also read: Infographic: How can you help endangered species?

Unfortunately, their good deeds are not always well seen or welcomed in political circles. Large industries and the lobbying that they do in places where the right to life should be defended puts the work and life of these people at risk. Every year hundreds of environmental leaders and defenders are threatened, injured and killed. The monetary interests of illegal industries, politicians and groups put the actions and lives of these people at risk.

Global Witness is an international NGO that seeks to defend environmental and human rights in vulnerable territories and communities. Based on this premise, since 2012, the organization has collected figures on the murders of leaders and environmental defenders globally. Given this, Global Witness ensures that as climate change grows due to exploitation and ambition, violence towards groups and people who defend the environment also grows. 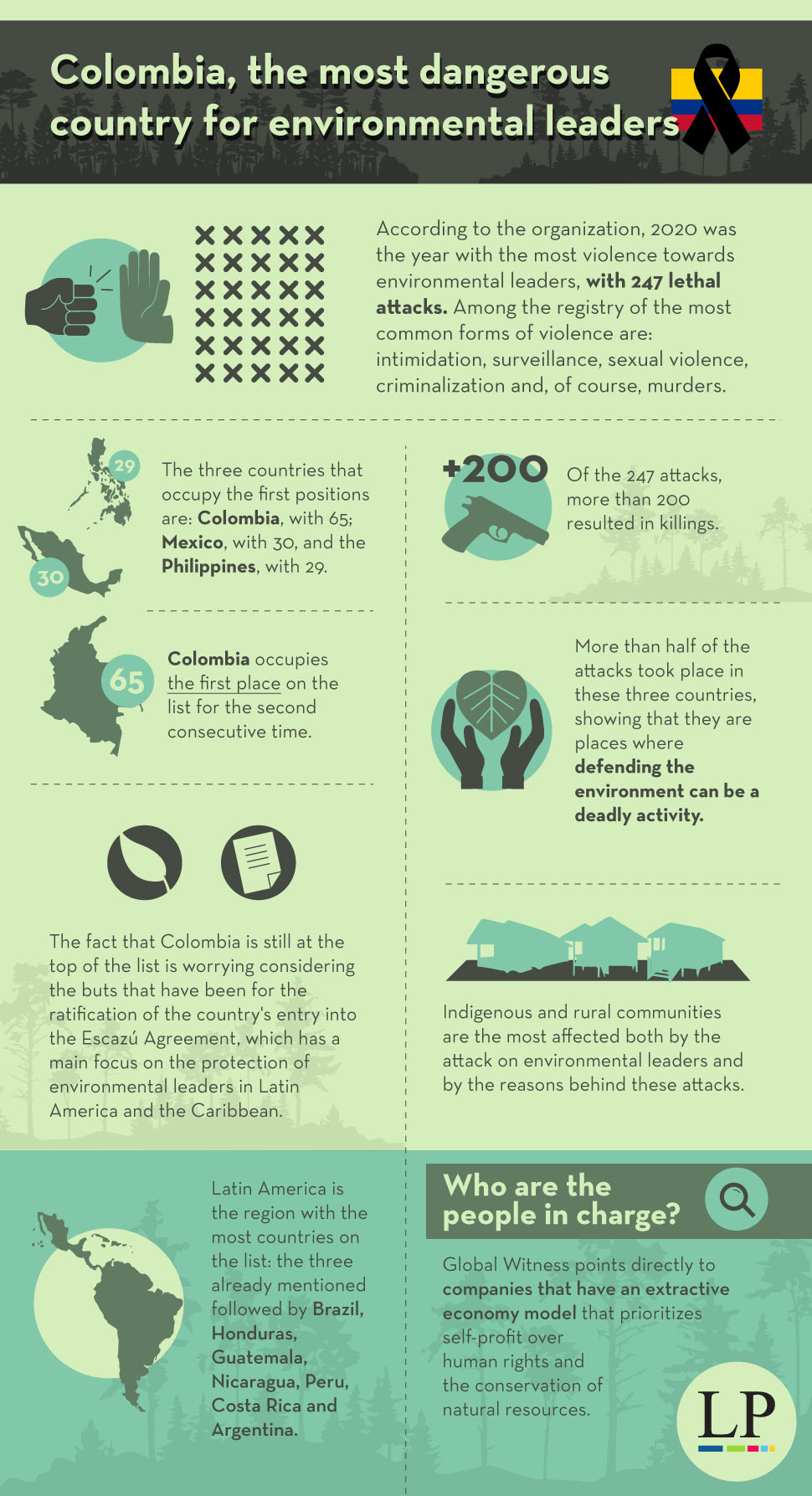 As always, from the individual, a call should be made to be careful with the support that is given from the consumption of goods and services of products belonging to certain companies that finance violence against this group of people. Likewise, demand that political leaders as citizens take care of the lives and actions of the people who put their lives at risk for the common good.