A new report from the United Nations Office on Drugs and Crime details the state of drug use around the world.

On June 24, the United Nations Office on Drugs and Crime UNODC released the "World Drug Report 2021". It details how drugs are used around the world. Likewise, it places special emphasis on how the pandemic affected drug consumption habits. It should be noted that this report not only analyzes the status of illegal or psychoactive drugs, but also reviews the availability of drugs.

Also read: The Migratory Crisis Makes the Spanish Enclaves in Africa a Cemetery

"The report contains enough information that we hope will be useful for everyone, especially for the development of public policies aimed at dealing with the multidimensional phenomenon of drugs," said Antonino De Leo, representative of the UNODC Office for Peru and Ecuador. Below, we show you some outstanding figures on drug use in the world, with a special emphasis on data from the Latin American and Caribbean region. This information will be of vital importance for governments and their drug use prevention strategies, as well as the treatment of addicts. 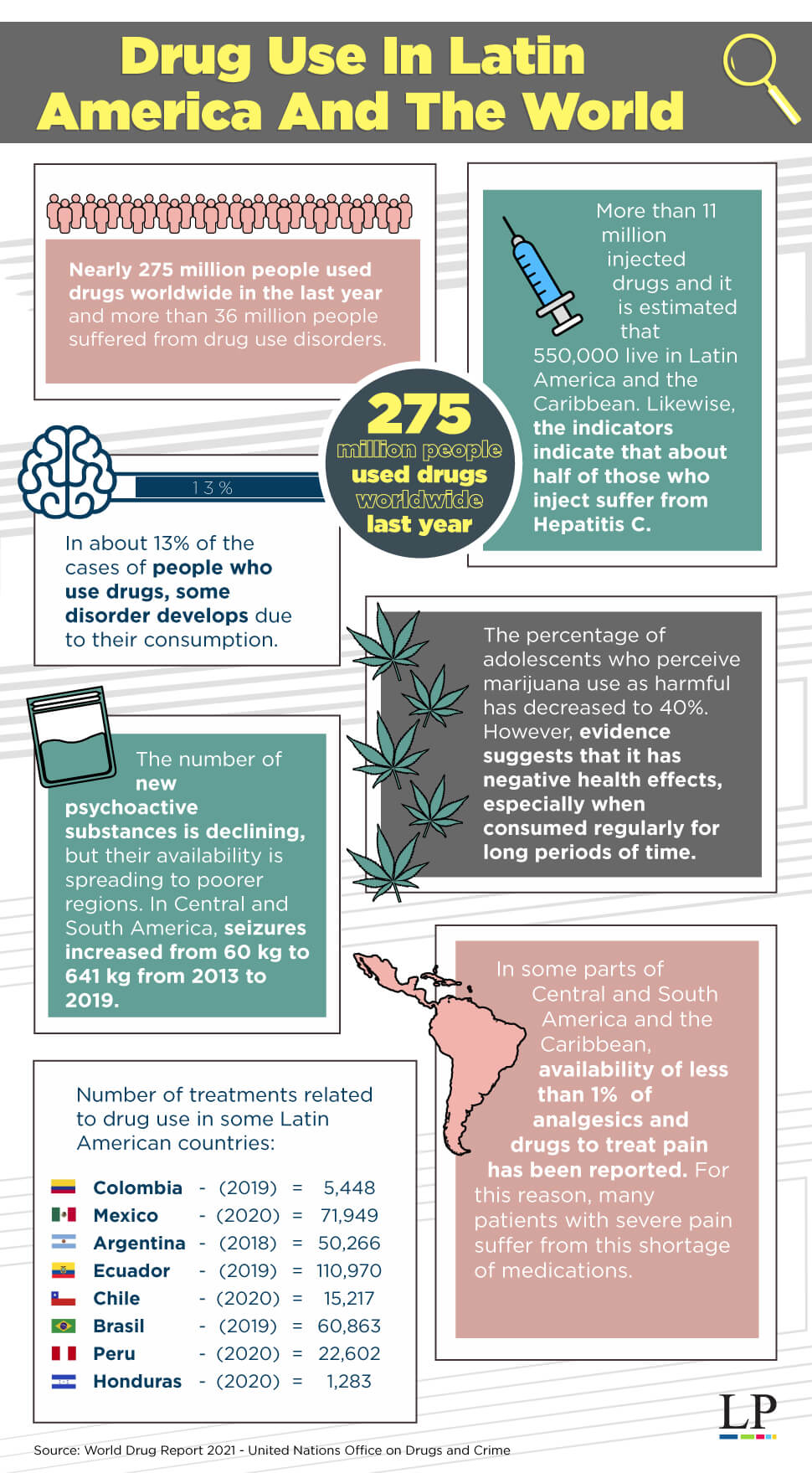 "The results of the UNODC World Drug Report 2021 highlight the need to close the gap between perception and reality to educate young people and safeguard public health," said UNODC Executive Director, Ghada Waly, in a press release from the agency. In this sense, it is evident that the fight against drugs must not only address the destruction of crops and the capture of drug traffickers, at the same time it is essential to work with a public health and prevention approach.