Ghana, in Africa, Declared an Outbreak of Marburg Virus that has Set off Alarms due to its Severity. We tell You What this Disease is About.

Marburg virus is a highly infectious and deadly disease that has triggered an emergency response in Africa following the deaths of two people in Ghana. About 100 others were quarantined. Although it is not a common disease, the presence of new cases generates alarm, since it is a disease similar to Ebola.

The World Health Organization noted in a press release that Dr. Matshidiso Moeti, regional director of WHO Africa, indicated that: "Health authorities have responded quickly, anticipating the preparation of a possible outbreak. This is good because, Without immediate and decisive action, Marburg can easily get out of hand." Next, we tell you what the Marburg virus is about: 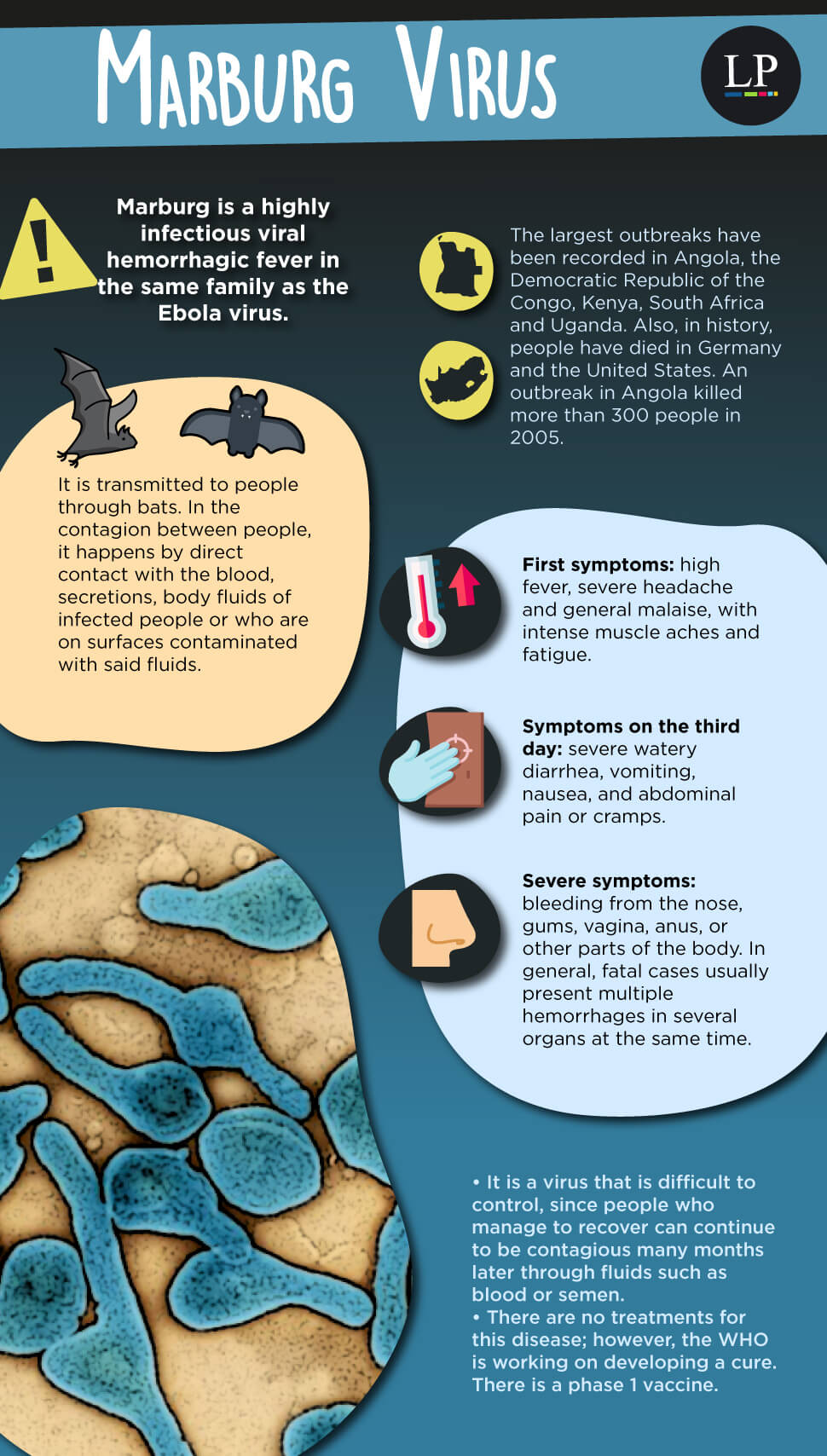 According to official information from the WHO, preventive measures to stop the progression of the disease must be given on different fronts. First, the risk of initial transmission from fruit bats to humans needs to be reduced. Likewise, the hygiene and protection measures of care and health personnel who care for those infected or suspected of infection must be extreme.

Likewise, it is necessary to properly manage the bodies of the deceased, because they can also be a potential source of contagion. In addition, sexual transmission must be controlled, since it has been reported that the semen of those who become infected can continue to transmit the disease for up to 12 months later.