With Climate Change, the Temperatures of the Various Regions of the Earth Have Already Started to Change. Various Scientists have Been Commissioned to Study the Phenomenon to Predict How these Changes will Occur.

The effects of global warming are already being felt, just look at the news about extreme droughts, floods, heat waves, animal deaths and recurring natural disasters. In this regard, research has shown that there will be changes in temperatures and climates around the world. Various experts have made a climate projection of the conditions that will be experienced in a few decades in different cities.

Research from the Zurich Institute for Integrative Biology in Switzerland, which made predictions for 520 cities, found that "more than 77% of the world's cities are likely to experience a shift to the climatic conditions of another major city by 2050, while 22% will change to climatic conditions that are not currently present in any of the major cities on the planet."

On the other hand, a tool from The National Geographic allows estimates to be made of how the climate will change in 2,500 populated places in the world and how vulnerable those cities are to these changes. This report notes that: "Climate change will exacerbate many of the challenges facing cities today. Urban areas are already under stress from climate-influenced risks such as rising sea levels, wildfires, storms, extreme heat waves, disease, and heat-weakened infrastructure." 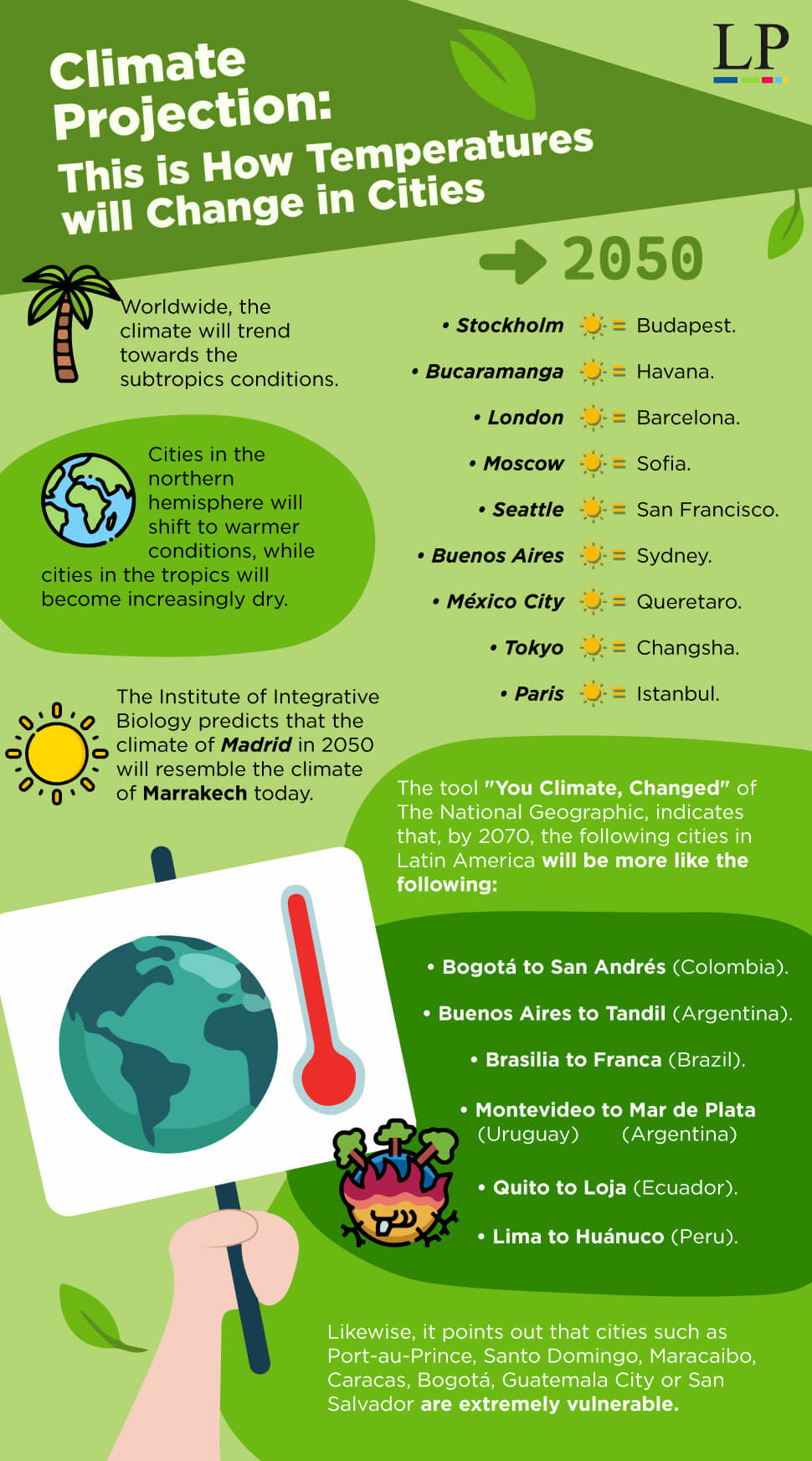 We recommend you read: Why does 10% of the population cause half of the world's pollution?

Faced with these phenomena, on the one hand, societies are in need of developing resilience capacities to adapt to these changes. On the other hand, it is necessary to limit the emission of greenhouse gases as much as possible, in order to achieve the objectives of the Paris Agreement and prevent the consequences from being catastrophic. In this sense, although the great responsibility lies with States and companies, people must reflect on our carbon footprint and the impact of consumption habits.