Miss Colombia on Miss Universe flap: ‘It was very humiliating’

Written by
Rate this item
(0 votes)

Miss Colombia says it’s no coincidence you haven’t heard her talk much about her experience winning — and losing — the Miss Universe crown.

Miss Colombia says it’s no coincidence you haven’t heard her talk much about her experience winning — and losing — the Miss Universe crown. 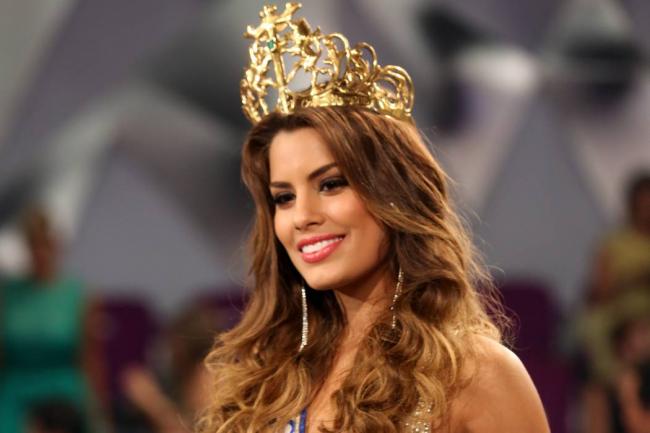 “I was disconnected. I haven’t received phone calls from almost anyone. Very few people have communicated with me,” Ariadna Gutierrez told Colombia’s W Radio on Wednesday. “That’s because I had to grieve for what happened.”

But now, Gutierrez is speaking for the first time about what she calls a “great injustice.”

The Colombian beauty queen made global headlines after Miss Universe pageant host Steve Harvey accidentally named her the winner of the prestigious pageant, then backtracked minutes later, presenting the title to Miss Philippines instead. Clips from the international broadcast showing her crying as her crown was taken away went viral online.

“It has been very hard for me, truly, it has been a great shock,” Gutierrez said. “Because it is a dream I fought for. … I have always dreamed of this, of being Miss Universe. … It was very humiliating for me.”

When Harvey took the stage to reveal he’d made a mistake, Gutierrez said she laughed.

“I thought it was a joke,” she said. “In the rehearsals, he did things like that.”

Having to stand before the cameras while the hard-fought crown was removed wasn’t fair, she said

“There are a thousand ways to do things,” she said. “They could have done it, I don’t know, the next day in a press conference or a press release. … They did not do things the right way.”

But now that she has had some time to mourn, Gutierrez told W Radio she has a positive outlook. Job offers are pouring in, she said, and a number of opportunities to work in the United States have come up.

“I managed to make history,” she said, “which I think is more important than winning the Miss Universe title.”

More in this category: « Colombia Committed to Ending Illiteracy by 2018 The million colors of Pasto’s Blacks and Whites carnival »

Make sure you enter the (*) required information where indicated. HTML code is not allowed.