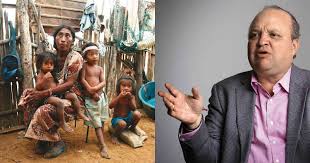 Decentralization is proposed as a model that allows greater efficiency and transparency in the execution of government resources. The main objective is to guarantee the development of the regions and with it the country as a whole.

In Colombia, decentralization is materialized in the administrative delegation of the mayoralty -at the municipal level- and in the governorates -at the departmental level-. In La Guajira, resources are mostly administered by the government, considering the needs of dispersed regions. This explains, in a certain way, why in the last 24 years there have been acts of corruption in this administrative entity.

La Guajira: From politics to prison

Since 1997, with Álvaro Cuellar, who was dismissed and disqualified due to irregularities in the contracting of works, a chain of acts of corruption has been taking place due to leaders of the region. However, during the last administrations, the illegal acts have been more mediatic and with more judicious and disciplinary consequences.

An example of this is the case of Francisco "Kiko Gómez", who came to power in 2011 and was captured in 2013. Gómez was captured for having links with the paramilitaries, and he was prosecuted for aggravated homicide and conspiracy to commit a crime. Also, Gómez was investigated for irregularities in public procurement.

Subsequently, in 2016, Oneida Pinto came to power. Pinto was in office for six months, since she had the inability to be appointed by double membership. For this reason, Jorge Enrique Vélez was appointed as governor in charge. During this period, a judicial process was opened against Oneida Pinto for the alleged threats to Vélez. The situation generated tensions in the region. Additionally, Pinto was investigated for irregularities in the contracts during her administration in the Albanian mayor's office.

The most recent case of corruption was that of Wilmer González, who came to office in November 2016 with atypical elections, and who was accused of corruption and procedural fraud.

Taking into account this chain of events, disabilities, irregularities, and corruption, the department has had 12 governors in the last 24 years. The situation has meant that the welfare of the population has not been guaranteed and that there is currently a high index of unsatisfied basic needs.

In addition, it evidences the institutional weakness in the department, the consequences of the influence of illegal armed groups, and the challenges represented by the current decentralization model, since a large amount of resources are executed by a single administrative entity.