A new referendum to negotiate the exit of Scotland from the United Kingdom was put on the table again on March 19 by the leader of the Scottish National Party, Nicola Sturgeon. Sturgeon asked the British Prime Minister and leader of the Conservative Party, Theresa May, to consider a new referendum for Scotland. This is due to the process called Brexit, where the United Kingdom leaves the European Union and the European Common Market.

What happened in the 2014 independence referendum?

In 2014 a group of pro-independence people led by Nicola Sturgeon wanted to end the Act of Union of 1707, act through which England and Scotland were unified. The campaign that led the 'Yes' was 'Yes Scotland' and the 'No' was represented by 'Better Together'. Before 2014 the independence movement in Scotland was very small. However, the demands of 'Yes Scotland' paid off. Many people felt identified by Scottish values, by their underrepresentation in the Westminster parliament, by the privatization of public enterprises, the distribution of the United Kingdom revenues to Scotland and the denuclearization of Scottish territory.

Finally, with a narrow margin the 'No' won with 55.3%, while the 'Yes' lost with 44.7%. This victory was a bittersweet victory for the Scots, given that the margin between the two proposals was very narrow and at any moment things could change. And yes, they changed with the Brexit process voted in 2016.

What is the UK playing with the departure of Scotland?

With the Brexit the Europeanist feeling has grown among the Scots. These citizens do not want to leave the Common European Zone, cultural exchanges, educational programs such as Erasmus and above all do not want to have restrictions to enter continental Europe.

On the other hand, the constitution of the British parliament should change. Scotland currently has 59 seats in the Palace of Westminster, seats that are chosen according to the population of each territory. However, according to BBC the political landscape of the British would not change much since the Labor Party and the Conservatives have the majority in this parliament.

As for the economy, according to BBC the British would stop receiving approximately 155,000 million pounds sterling, money produced by the country of the north that represents 7.7 of the GDP of the United Kingdom. Finally, the last two changes would be in the life expectancy of the United Kingdom and its flag.

On the one hand, the life expectancy of the Scots is much lower than the other inhabitants of the United Kingdom, so the expectation of the British would increase considerably. On the other hand, the flag of the United Kingdom should be changed since this flag is constituted by the crosses that make up the Kingdom. In this case the St. Andrew's Cross, which is on the flag of Scotland, would have to disappear. 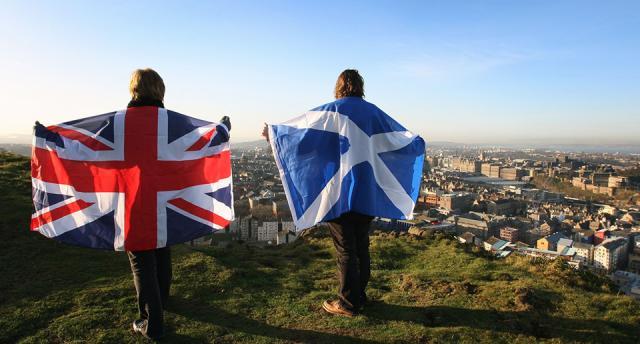 Is it possible an eventual independence from Scotland over the Kingdom?

After Brexit, Scotland began to ask itself various questions regarding its relations with the European Union. Scotland was one of the regions that had a large percentage of people who wanted to continue belonging to the European Union, since the benefits range from free transit to the free distribution of goods and services.

Now, the chances of Scotland becoming independent are too limited. First, Scotland contributes a large percentage of GDP with its oil reserves in the North Sea, reserves that can last more than 50 years and translate IGNORE INTO millions of pounds sterling.

Secondly, if Scotland achieved its independence it would open the door for Wales and Ireland to ask for their own independence, which would mean the end of the United Kingdom.

In the third place, the Declaration of Independence of the Catalans in Spain opened a great debate in Europe on the regions that want to become independent, and the Spanish government answering strongly against this independence generated in the European governments the feeling of being able to act even with repression if these regions go against the indivisible union of the States.

Finally, the UK would have to make many economic and political changes because the money they receive from Scotland would stop flowing.