The Brazilian winter offers an unknown side, although charming, of a country proud of its diversity: find here different options for your next vacation

When we talk about Brazil, the first thing that comes to mind are its beaches of fine golden sand, crystal clear waters and beautiful people with tan bodies, who practice sports on the shores of the sea. The people, parties and musical rhythms ... everything seems to be an invitation to a pleasant and summery climate, where the only sensation of cold is that produced by the touch of a cocktail glass or an ice cream of an Amazonian fruit.

But the fame of a tropical country hides a completely different Brazil, often ignored by the Brazilians themselves who live in warmer latitudes and totally unknown to foreigners, the winter Brazil.

Much of the Brazilian territory is below the equator, so winter is from June to September. Thanks to geographical conditions and latitude, the seasons are not as well defined as in the temperate regions of the globe, between the tropics and the polar circles, and in most of the territory there are only two seasons determined by the rainy cycle .

Who could say that in Brazil there is snow?

These are some typical tourist options of this station according to the official tour guide of the states and the Brazilian tourism company (Embratur).

According to the National Institute of Meteorology, in the city of Urubici in the state of Santa Catarina, the temperature is usually below -4 ° C in winter, the region known as "Meseta de las Nieves" reached -17ºC in 1996 and is famous for its low temperatures and the practice of radical sports. Among the most impressive attractions is the Urupema waterfall (which freezes during winters) and the stone arch (Pedra Furada in Portuguese).

Photo: Snow in the Sierra in Santa Catarina. By: Alvarélio Kurossu

Read also: Tovar: A little piece of Germany in Venezuela

In large cities such as Curitiba, the temperature does not usually exceed 10ºC in the coldest weeks and frosts are frequent. This cold climate and the various parks and gardens of the city make Curitiba known as the Brazilian Vienna, the city also has several theaters and cultural centers as well as an impressive opera in the middle of a garden called the Wire Opera for being transparent. The city offers various options and guides available on the website of the Municipal Tourism Institute. 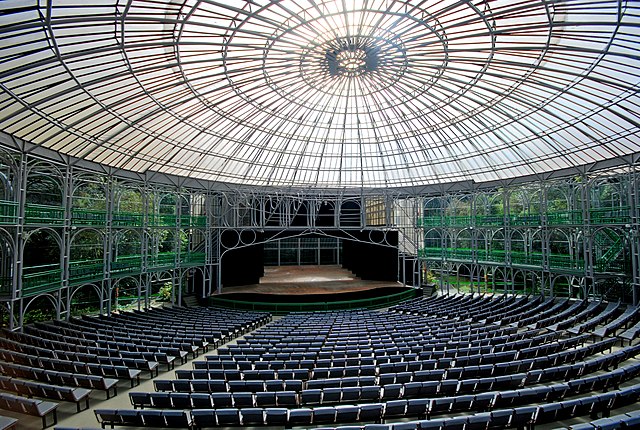 Photo: Interior of the Wire Opera in Curitiba. By Herval

On the other hand, not far from the famous Rio de Janeiro, the mountainous city of Petrópolis, home of the descendants of the Brazilian Imperial family, is famous for its icy sunrises and its winter festival worthy of any European city. It is not surprising that the Portuguese royal family has chosen to build a palace in the region to escape the heat of Rio de Janeiro. The city also has a beautiful cathedral and several palaces belonging to the members of the Court, for more information consult the page Petrópolis Turismo.

The coldest cities in Brazil served as a refuge for German, Slavic and Nordic immigrants, so there are hundreds of cultural festivals that mix the different cultures that make up that Brazil of ice.

Winter Festival Petropolis and Campos de Jordao are among the most famous being the meeting point for lovers of fundues and microbrews or hot chocolate. There is also the possibility of attending the Joinville Dance Festival, the only city in the world with a subsidiary of the famous Bolshoi school of Baillet Russo and famous for its European cuisine, the city together with the neighboring Blumenau are the capitals of the so-called European Valley, where it is possible to make a tour that transports you to the Alps. For those interested, we recommend you visit the Circuit of Vale Europeu page or the page of the tourism secretary of Joinville.

Among all these options, if there is a winter capital in Brazil, that is the city of Gramado in Rio Grande do Sul , the most visited among winter cities according to TripAdvisor. Its natural beauty is a mix between the Swiss Alps and the Sierra del Mar, among its many attractions is the main Brazilian film festival, a winter theme park, chocolates and artisan sweets, as well as Gramado's famous Christmas festival and its Stylized stone cathedral competing with her twin sister Cinnamon. 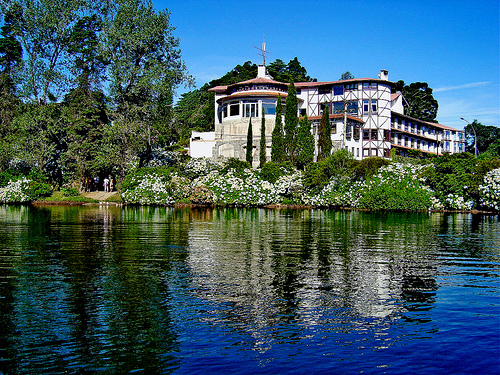 Photo: Black Lake in the city of Gramado. By JrBresolin

However, not all winter in Brazil has that European aura. In some regions it is possible to have a unique and typical experience such as the Gauchos festivals in the Campaña region in the south of the country, where mate becomes a strong ally to fight the cold, or if you do not take advantage of the June and July festivities, which are quite busy and offer hot drinks, dances and typical country meals. In the case of being in a big city like São Paulo, you can take advantage of the soup festivals offered in almost every restaurant or try a bit of what each culture offers. In the end Brazil is that mixture, where even the cold seems to be warmer.