The International Film Festival of Cartagena de Indias (FICCI) is attended by more than 120,000 people. For a week, the city of Cartagena in Colombia is full of filmmakers, producers, members of the industry, and lovers of the seventh art. The FICCI also has parallel events such as film workshops, criticism, talks and appointments with personalities from the cultural world. It is a week where art takes the whole city.

Manuela Torres, filmmaker and assistant of the FICCI in several of its editions tells us that "it is a super cool experience, it is very pleasant to have the opportunity to attend this Festival, I feel that these spaces are important within a society. The cinema is the art that allows you not only to create universes but realities that you cannot imagine, it allows you to feel. I think it is a festival that brings a lot to people (...) very good to see the different formats that are presented, the different techniques, the interaction with people in the industry. Besides from going to see movies and shorts, you get a lot of information because you are related to everything the FICCI has (...) you can share with directors from other countries, actors, they are there, as one more". 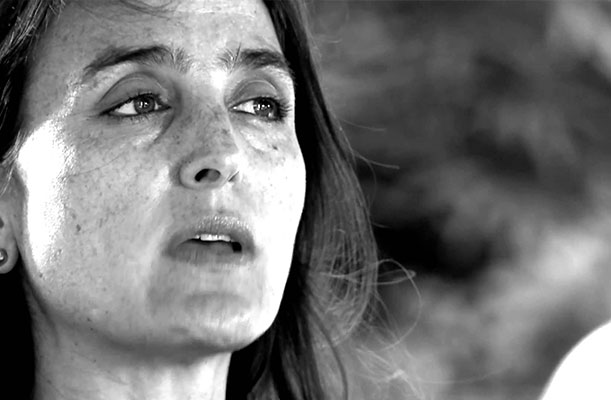 During the last eight years, the Festival was headed by two women. On the one hand, Monika Wagenberg was in charge of the management of FICCI. Wagenber is a great connoisseur of the cinematographic language in the American continent. Among her achievements, she stood out as the co-founder and co-director of Cinema Tropical, an organization dedicated to the distribution, programming, and promotion of Latin American cinema in the United States.

Her relationship with the industry in the different fields of audiovisual production is evidenced by her participation, in different roles, in national and international festivals. In 2010, Wagenber was a programmer in the highest ranking in the 27th edition of the Miami International Film Festival. This same year, she received the direction of the FICCI, where she used her knowledge and experiences to carry out her outstanding work.

In an interview for the FICCI in 2014, the filmmaker emphasized not only the quality of the films as a priority of the festival, but also she highlighted that the films that are inside the festival are mostly "just out of the oven (…) Films that probably will not be distributed in Colombia, It is an opportunity (The festival) to be able to see them on the big screen, probably an unique one".

This same year, Wagenberg gave a much more consolidated festival to another woman, considered by many to be one of the best cinematographers in Colombia, Diana Bustamante.

In an interview for El Tiempo, in October 2014, Bustamante said "this is a transition, a relay race. It is impressive everything that Mónika leaves us, the style of the contents and the quality of the programming. That is something we want to maintain. In addition, this festival has life: nothing is ever enough, there are no second places, it is always an event that overflows you". 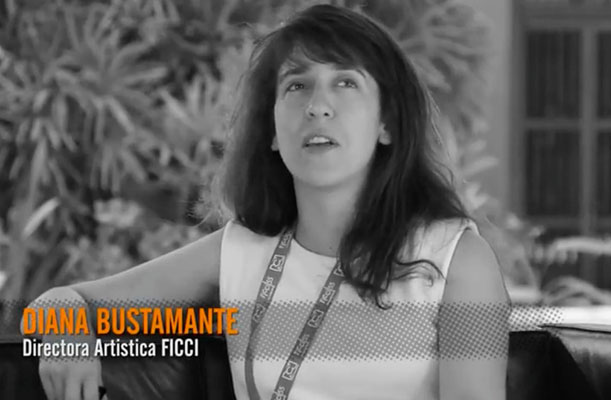 Diana Bustamante, producer and advisor of audiovisual products, stands out for her management of cultural projects and search for international cooperation. Bustamante was a producer for two years in the FICCI and, since 2014, official director of this.

According to El Espectador, Lina Rodríguez, manager of the Festival said, "we chose Diana because she is a talented Colombian, with a cinematographic vocation, who has proven her success in the industry at international level giving great satisfaction to Colombian cinema".

Bustamante left a big mark and made the festival grow in terms of breadth in its narratives. Her focus has always been Ibero-American cinema within the framework of the festival. Bustamante is known for films such as "Los viajes del viento", the winner of the Rome City prize at the 2009 Cannes Film Festival and "El vuelco del crab", winner of the 2010 FRIPESCI Prize. One of her greatest successes was having been the first Colombian jury in the Cannes Film Festival. According to CNN, in a press release on May 16, 2017, "in Colombia, with the rise of Colombian cinema in recent years, several producers have finally begun to occupy the headlines of the press and their work is increasingly recognized, outside the cinematographic field".

Last Monday July 9, Felipe Aljure was appointed as artistic director of the FICCI and according to the Festival's board of directors, Aljure will start as director from issue number 59. The decision, in no way, should be considered as a setback or a failure of women in management positions. On the contrary, Aljure will receive a strongly consolidated international organization due, in large part, to the impeccable work of these two women.