Do you want to know everything about art and culture? These four apps are for you

Mobile apps are tools that facilitate different processes by providing services just one click away. People who use them, are opening their vision to new experiences, facilities, and benefits.

Art is also part of this era with apps that not only educate, but that can move people to remote places on the planet so that they can virtually know sites they never thought to visit. Here we present four of them.

It was launched at first as Google Art Project in February 2011, with 1061 works from 17 museums. By July 2016, this project was re-launched with its current name allowing the user to access content from more than 1000 museums in 70 countries.

Read also: Which are the best platforms to find art online?

The exploratory function of this platform works with the same technology that is used in Google Street View, allowing the user to have a panoramic view of the corridors of the exhibition halls of the museums. It will no longer be necessary to travel to places like Amsterdam to visit museums such as Van Gogh, or Paris to visit the Louvre Museum.

It is a free app, but it is possible to pay for extra features that offer many options within the app, such as saving art to review at another time, sharing, among others.

There is not a version for computers, but it is available on mobile devices such as smartphones, iPads, and Apple Watch. The dynamics of the app is to send a daily notification with a classic work of art, where you can read a bit about the piece, the author, and his life.

It is possible to make a closer approach to the work in order to have a better visibility of the miniature secrets that are often kept by the great works of art in history.

It may interest you: When technology can save art

This app pretends the user has the possibility of listening to songs instantly, programming a timer so that the music stops alone after a certain time, and that a list of favorites can be created.

The content is very complete, it has high quality recordings, a collection with the best pieces, and of course the best composers. Classical music is art and one of the best remedies for stress. 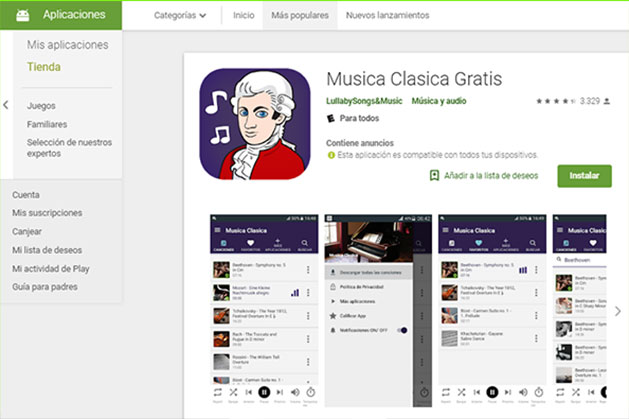 4. Famous people - The test on history

The content of this app is summarized in 450 people of easier recognition of the world, among these there are kings, queens, singers, musicians, actors, and directors. The game tries to recognize the character in the two levels that compose it.

The first level contains 120 people known as Napoleon Bonaparte and Oscar Wilde, in the second level there are 112 portraits and the difficulty of recognition increases because it includes inventors, rulers, and philosophers.

In addition, it has four professional levels where writers, painters, scientists, and composers are part of. It uses tests as multiple choice questionnaires and is translated into 23 languages. The best tool to learn and test the intellect. 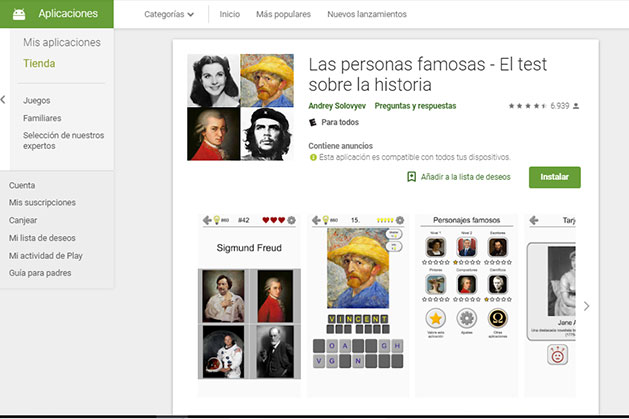