"We want a statue of the dog 'Negro Matapacos' in Baquedano, so that every person who passes by will see it and remember this hero ".

There are many stories that have been born as a result of the protests that have already taken several weeks throughout the country, from the photo of the president eating peacefully in a pizzeria while Santiago burned, until the second decapitation of the conqueror Pedro de Valdivia. Violent stories, stories of indignation, stories of fear, of rage and even stories of love and art amid the delicate situation that makes the government of Sebastián Piñera falter.

However, no story like that of the petition via social networks and the Change.org platform that states the following: “We want a statue of the dog 'Negro Matapacos' in Baquedano, so that every person who passes by will see and remember this hero, in addition to becoming a meeting point for everyone. ” This is a monument to a dog, a friend of the protests, a mixed black hairy named 'Matapacos' (Matapolicías).

The dog is attributed a special and super developed social sensitivity, because he never attacked a student, he always led the student marches and was the first to appear in the concentrations, he never required citations or social networks to find out how, when and where the protests took place. Matapaco was always the first to arrive and the most willing to protest.

Some say that it is the reincarnation of a student who died at other times of protests in the South American country; others say animals love the good and reject the bad. The truth is that El Negro Matapacos growled fiercely when he saw that a Paco o Police faced a student. 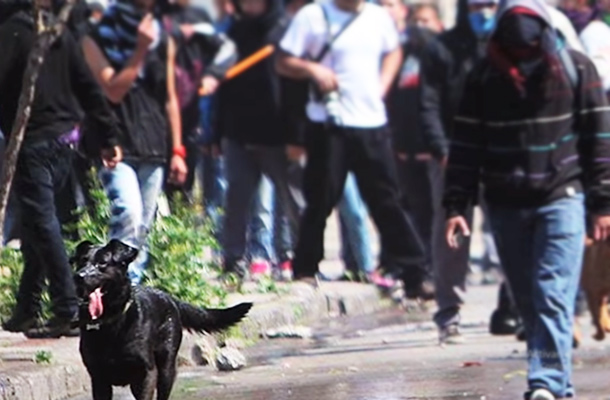 His teeth stood out menacingly and his fine jet black fur bristled and pointed to the sky in demonstration of greatness and ferocity. But it was a pure facade, because behind that fierceness there was a cheerful, festive spirit of companionship and love, when he was among the students, he enjoyed the affection they lavished on him generously.

Protest after protest, he became an icon of social protest in Chile since the 2011 student demonstrations in rejection of the educational system that Pinochet left implanted just four days after surrendering power, known as the LOCE, the Constitutional Organic Law of Teaching.

Considered the leader of the student movement and the Chilean protests, this dog, mixed with a labrador (apparently), is an icon of social resistance and there are those in Chile, with this wave of violence against traditional monuments throughout the country, they want to pay tribute to not only the dog but they also want to recognize what he means and represents.

But the monument is not intended to be erected anywhere in Santiago. The petitioners asked for it to be established in the iconic Plaza Italia, the nerve center of the Chilean capital, a natural border between rich and poor. They want it there, in that square officially called Plaza Baquedano in honor of the general of the same name, but that everyone knows as Plaza Italia, where the great triumphs are celebrated, the American Cups that wins the national team, but also where the strength of a people more united than ever is felt. 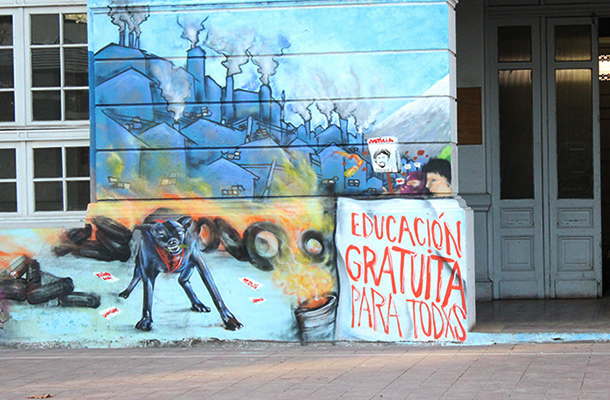 The petition in just two hours had more than 2,000 signatories who agree that a legend be paid to a legend that is no longer among us to accompany the songs, complaints, demonstrations and choirs that implore a substantial change in government policies that drive social changes that satisfy citizens.

Documentaries have been made, graphic designs in his honor, memes and even murals, sculptures in papier-mâché, but none of that is enough to honor the memory of a friend, of a true warrior who from the heaven of the dogs watches each of the actions of the government and the protesters. Surely from there, between the clouds, every time a 'paco' fires a rubber bullet, a water cannon or uses force against his marching companions, the teeth of the Matapacos grind in the immensity. There are even those who say that when it rains and there is protest, it is the barking of the Black that is heard when the rays fall trying to intimidate the Pacos.