This week, on Monday, the International Day for the Elimination of Violence against Women was celebrated and Colombian women had a lot to say.

Group of people during the marches on the day for the Elimination of Violence against Women in Bogota. / Photos: LatinAmerican Post

Yesterday thousands of women took the streets all over the country to ask for better government policies that guarantee their safety.

Figures of Legal Medicine revealed that in 2019, 2,845 women have been at extreme risk of being victims of femicide. The three messages that they wanted to share are:

1. The state does not take care of me because it is the creator and reproducer of violence against women.

2. The state takes a party in patriarchal violence by not guaranteeing the life and rights of women.

3. We are a collective face that unites to fight against all systems of oppression and that collectively organizes itself to protest against the country. 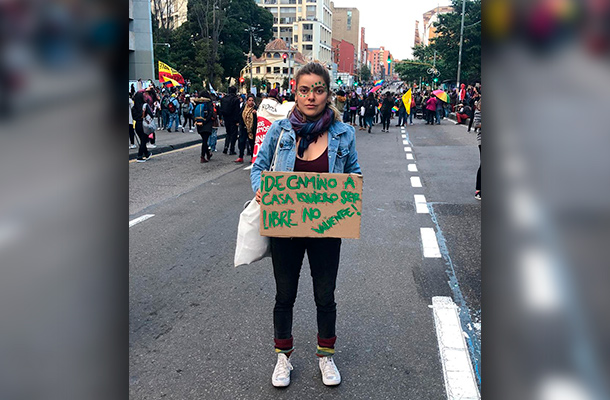 Woman holding a poster that says on my way home I want to be free, not brave 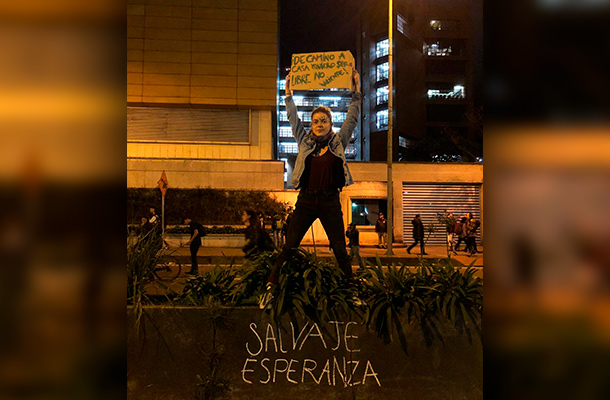 Wild hope. Late in the afternoon in Bogotá, Colombia. 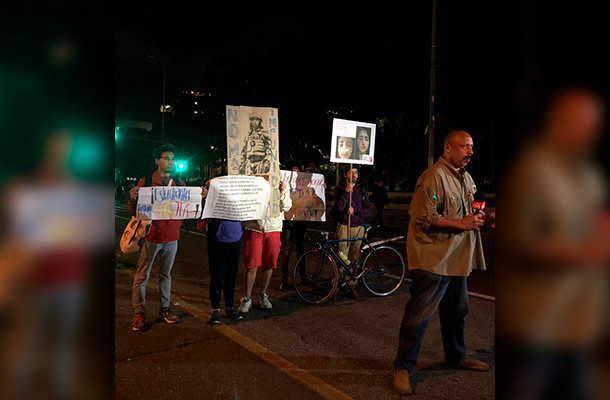 CNN reporter and some people behind fighting against police brutality. 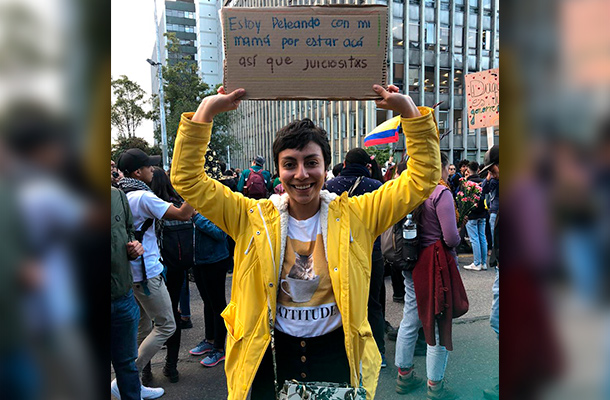 I am fighting with my mom for being here, so behave 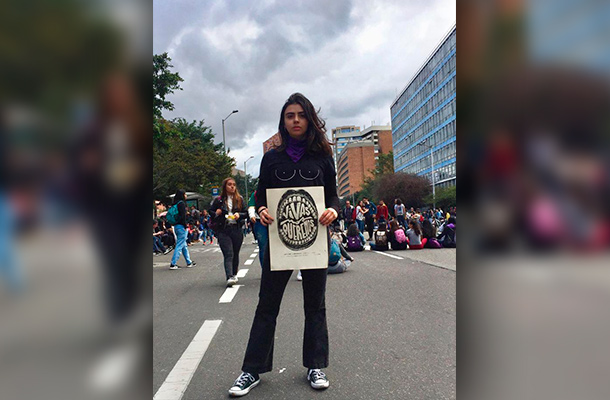 Hundreds of women gathered at the National Park to raise their voices against violence. 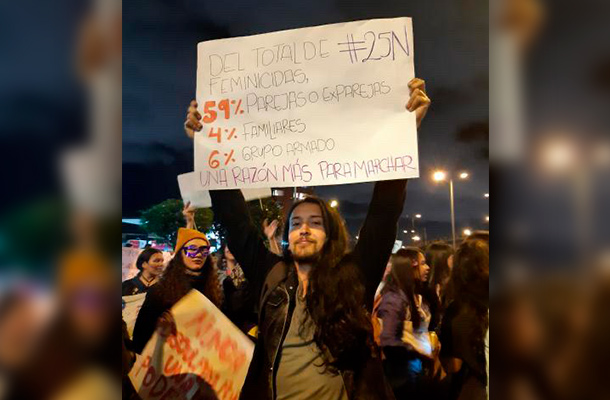 25N. Since November 21st people are taking the streets to fight for a lot of causes. The woman being killed is one of them. 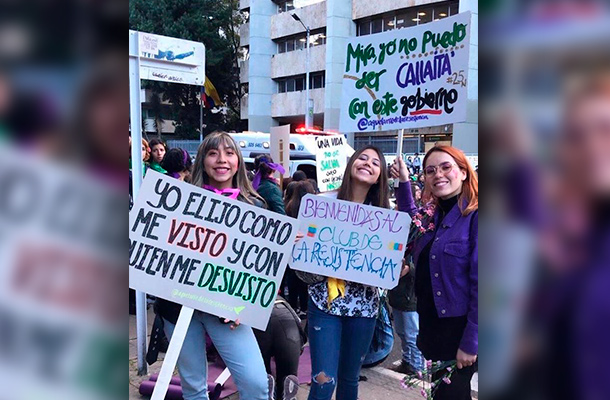 With this government, I can´t be quiet. In reference to Bad Bunny´s song “Callaita”. 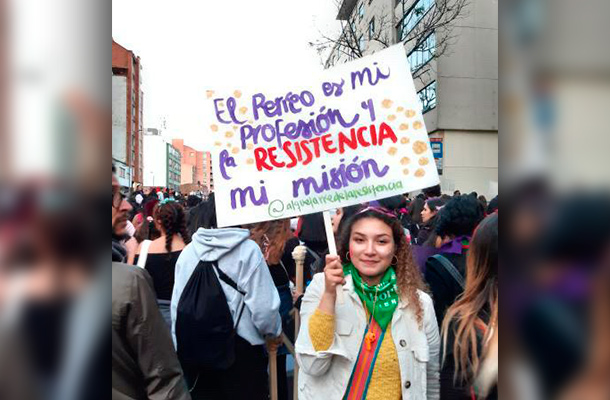 The Aquelarre de la Resistencia (Coven of the Resistance), a group of six women fighting for their rights, also mobilized. 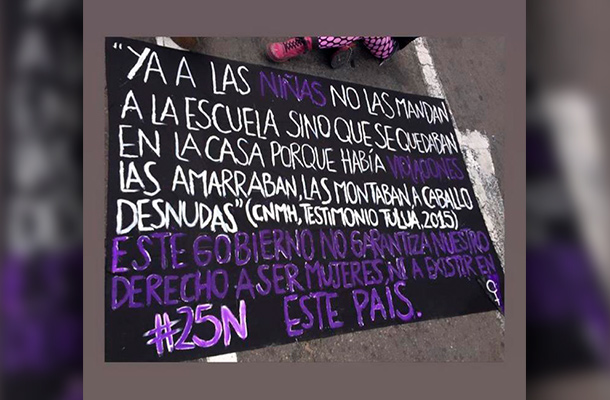 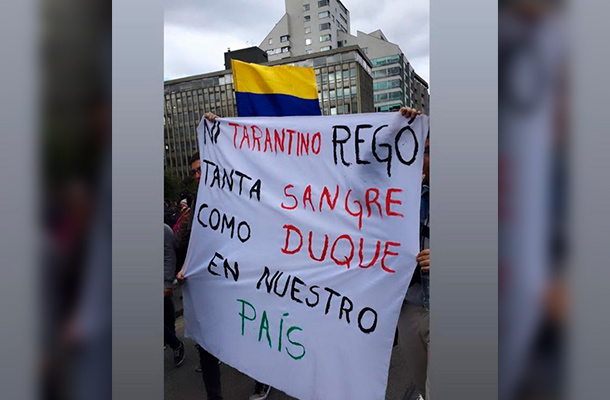 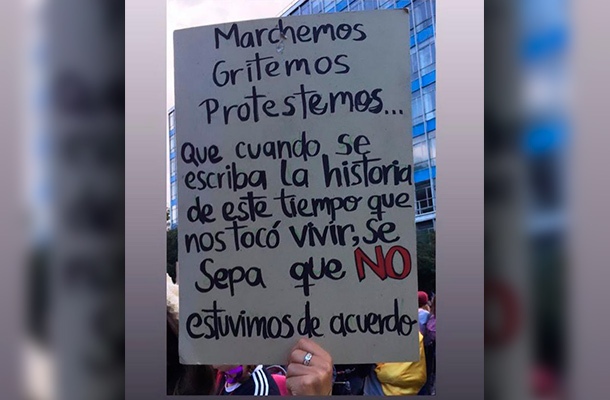 We do not agree with the history that is being written in Colombia. 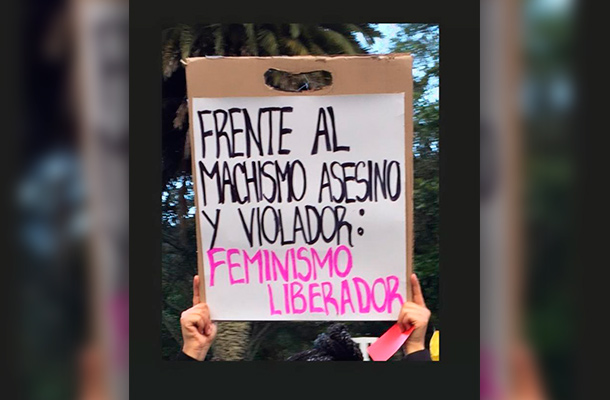