Employment rates for women in Japan remain low despite the president's proposals for women to enter the workforce. / Photo: Unsplash

Since he came to power, the president of Japan, Shinzo Abe, proposed in his economic improvement program, a greater insertion of women in the Japanese working life, however the employment rates among women continue to be low.

The classification on female labor insertion carried out by the World Economic Forum 2019 showed that Japan fell to position 121 (out of 153 countries) for actions carried out in this field, after occupying position 110 in 2018 . It is clear that Japan is in an unfavorable position when it comes to gender equality.

Apparently Japanese women are active and present in the world of work, but the figures show the opposite, Japanese women face numerous inequalities and workplace and sexual harassment, professional discrimination, little female presence in politics, wage inequalities and it is one of the few countries in which the #Metoo movement, for them #KuToo, finds it difficult to impose itself due to the macho culture that dominates the country.

It may interest you: Latin American women facing technological challenges, are we ready?

Japan spectacularly missed its goal of filling 30 percent of managerial positions with women by 2020, argues the STATISTA portal. Only 7.8 percent of these positions were held by women this year , 0.1 percent more than in 2019 according to the annual survey conducted by the Teikoku Databank.

The number of Japanese women in management positions has grown very slowly in recent years. The coronavirus pandemic, which hit Asia in early 2020, further slowed 2020 growth.

In fact, 7.5 per cent of the companies surveyed had reached the 30 per cent threshold, with the best performing sectors being retail, real estate, service industry and finance. Since 2016, more than 40 percent of companies said they were "aggressively" hiring and appointing women to higher positions . However, the results have not been revealed. 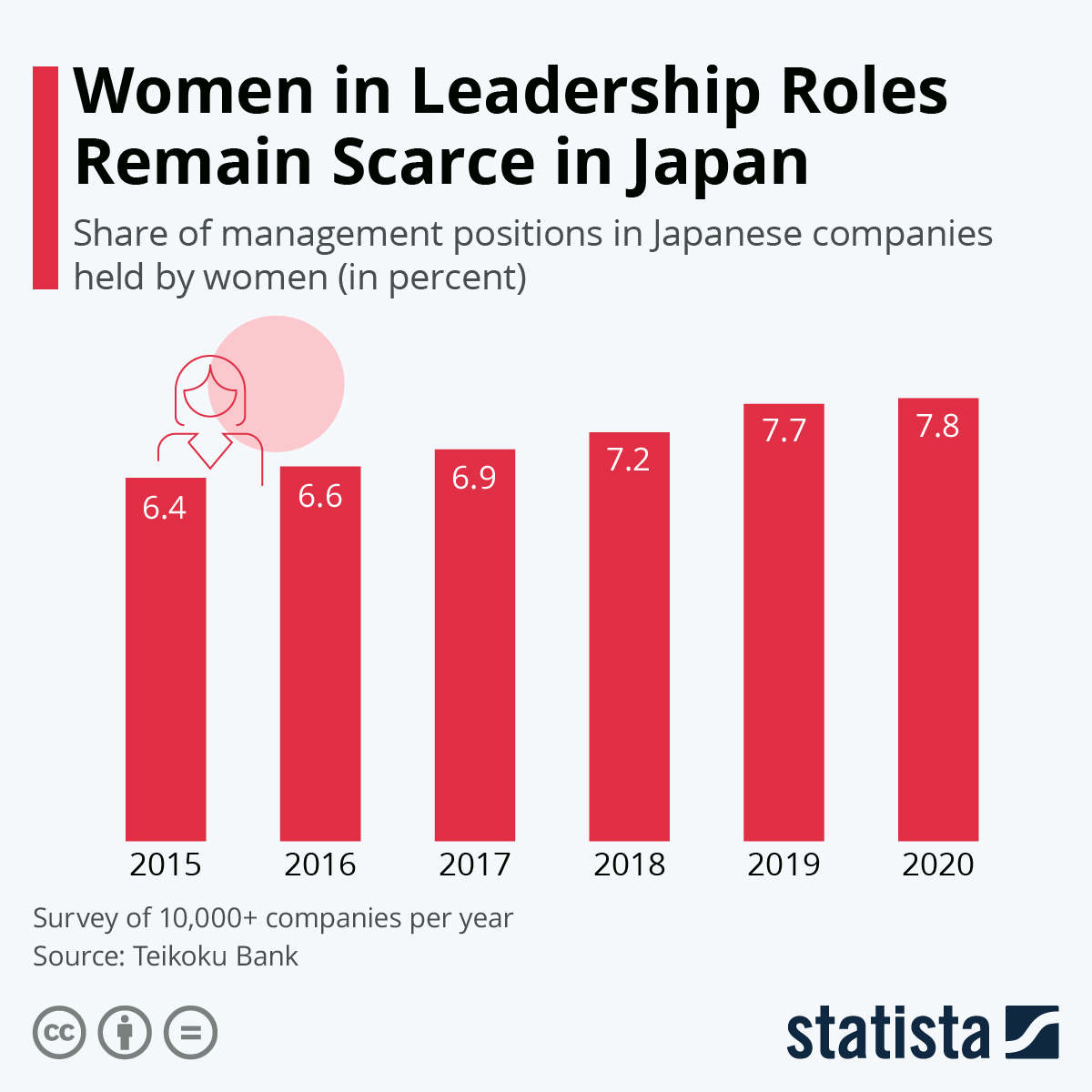