The figure was released by UNICEF recently, just when the world's schools still do not know how to face the reopening .

Schools worldwide are trying to establish reopening plans, some countries are still not clear on how they will do it, others have definitely decided to reopen schools and make decisions according to what happens, while some countries will keep virtual classes.

In the meantime, UNICEF released a recent study finding that at least a third of school-age children around the world (a total of 463 million) did not have access to distance education when COVID-19 forced to close schools.

"For some 463 million children whose schools were closed due to COVID-19, distance education has not existed," said Henrietta Fore, UNICEF Executive Director. “The large number of children who had to completely interrupt their studies for months represents a global emergency in education. The repercussions on economies and societies can last for decades ”.

At the height of lockdowns in the world, around 1.5 billion children were affected by school closures. The report reveals the limitations of distance education and the serious inequalities in access.

The report includes a globally representative analysis of the availability of the technology and tools needed to study at a distance in the homes of school-age children at the preschool, primary, and junior and senior secondary levels, and includes data from 100 countries.

The data refers to access to television, radio and the internet, as well as the availability of curricula distributed through these platforms during school closings.

Also read: The Islamic scientist who made the world read

While the report's figures paint an alarming picture of the lack of distance education during school closings, UNICEF warns that the situation is likely to be even worse. Even where children have the necessary technology and tools at home, they are not always able to study remotely through those platforms due to other factors that impede them, such as pressure to perform tasks at home, the obligation to work, the precariousness of their learning environment and the lack of help to use the study plans online or through audiovisual media.

The report highlights a notable inequality between regions. School-age children from Sub-Saharan Africa are the most affected, and as the report shows, half of all students in this region do not have the means to study at a distance.

The educational reality in figures

Figures show that globally, 72% of school-age children who lack access to distance education live in the poorest households in their countries.

The report also shows differences in access rates according to age group; for example, younger students are less likely to access distance education during the most important years of their learning and development.

Around 70% of preschool-age children (120 million children) cannot access distance education, due to the lack of education programs for this educational level, as well as the absence of materials for this learning modality in the home.

At least 29% of children of primary school age (217 million students) lack access to distance education, as do about 24% of lower secondary school children (78 million) .

Second cycle secondary school children were the least affected, around 18% of them (48 million school-age children) did not have the necessary technological resources to access this learning modality. 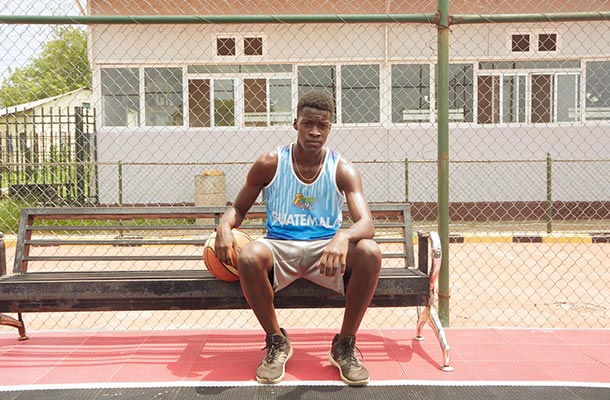 In cases where resumption is not possible, UNICEF encourages governments to incorporate compensatory learning for lost instructional time into school continuity plans. Likewise, the practices and policies of opening schools should include the expansion of access to education, for example, with the distance modality, especially for marginalized groups. Furthermore, education systems must be adapted and designed in such a way that they can withstand future crises.

UNICEF's Reimagine campaign calls for urgent investments to bridge the digital divide, make it easier for every child to access distance education and, most importantly, prioritize the reactivation of safe schools.

The UNICEF School Restart Framework, published jointly with UNESCO, UNHCR, WFP and the World Bank, provides practical guidance for national and local authorities. The guidelines focus on policy reform; financing requirements; the security of operations; compensatory learning; welfare and protection, as well as reaching the most marginalized children.