On the occasion of the Futsal World Cup, we decided to review the 5 differences between soccer and futsal

We will tell you what the differences are between these two sports. Photo: Freepik

The Futsal World Cup is being held right now, from September 12 to October 3 in Lithuania. On the occasion of this occasion, we decided to make an article that will highlight the differences between soccer and futsal, its “mother sport”. They are sports that, despite being similar on paper, have important differences. Without further ado, here we go. 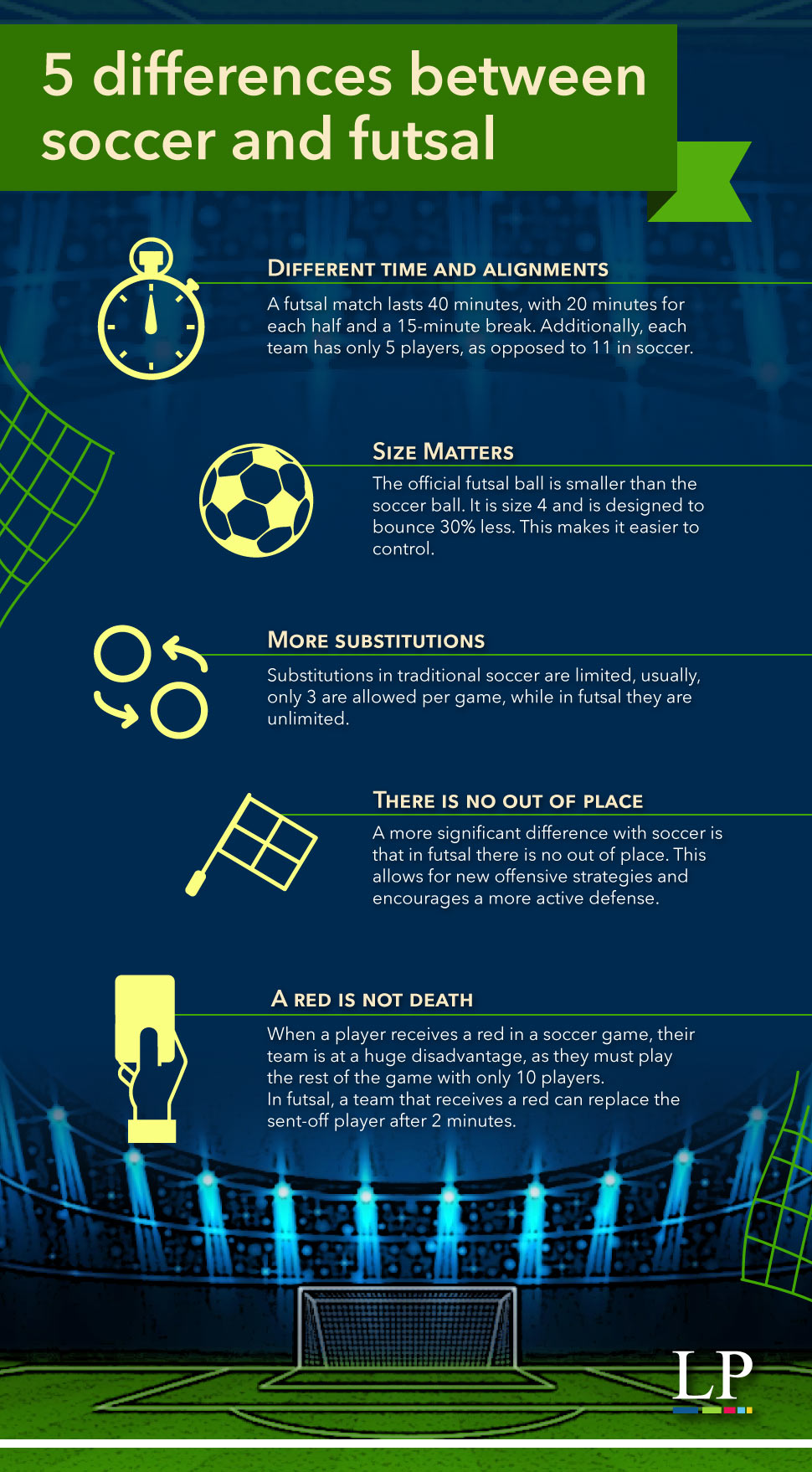 There are of course many more differences between soccer and futsal that go beyond the simple rules. For example at the strategic level. In soccer, the different positions of the players are "written in stone" and they will maintain them during a game, a season, or in some cases, a lifetime. In futsal, although there are positions, these are flexible and a player can adopt several in the course of a match.

Also read: The Futsal World Cup Players you Should Keep Under the Radar

We invite you to delve deeper into the world of futsal with this new World Cup!