If you are one of those who change your cell phone frequently, you should think twice if you want to be environmentally aware, since it is estimated that a mobile phone should last 25 years to be sustainable.

The technology industry has brought great advances for humanity in terms of connectivity, health and infrastructure, among other aspects. However, it is also a highly polluting industry that today poses many challenges for the environment.

One of the biggest problems in this industry is the so-called planned obsolescence, which refers to the intentional design of technological equipment so that they have shorter life cycles. However, there is also the concept of perceived obsolescence, which happens when a product is superficially renewed, making previous versions seem outdated to generate in the user the desire for change. This happens with mobile devices and encourages accelerated consumption. For example, Apple does an annual release of new iPhone models. 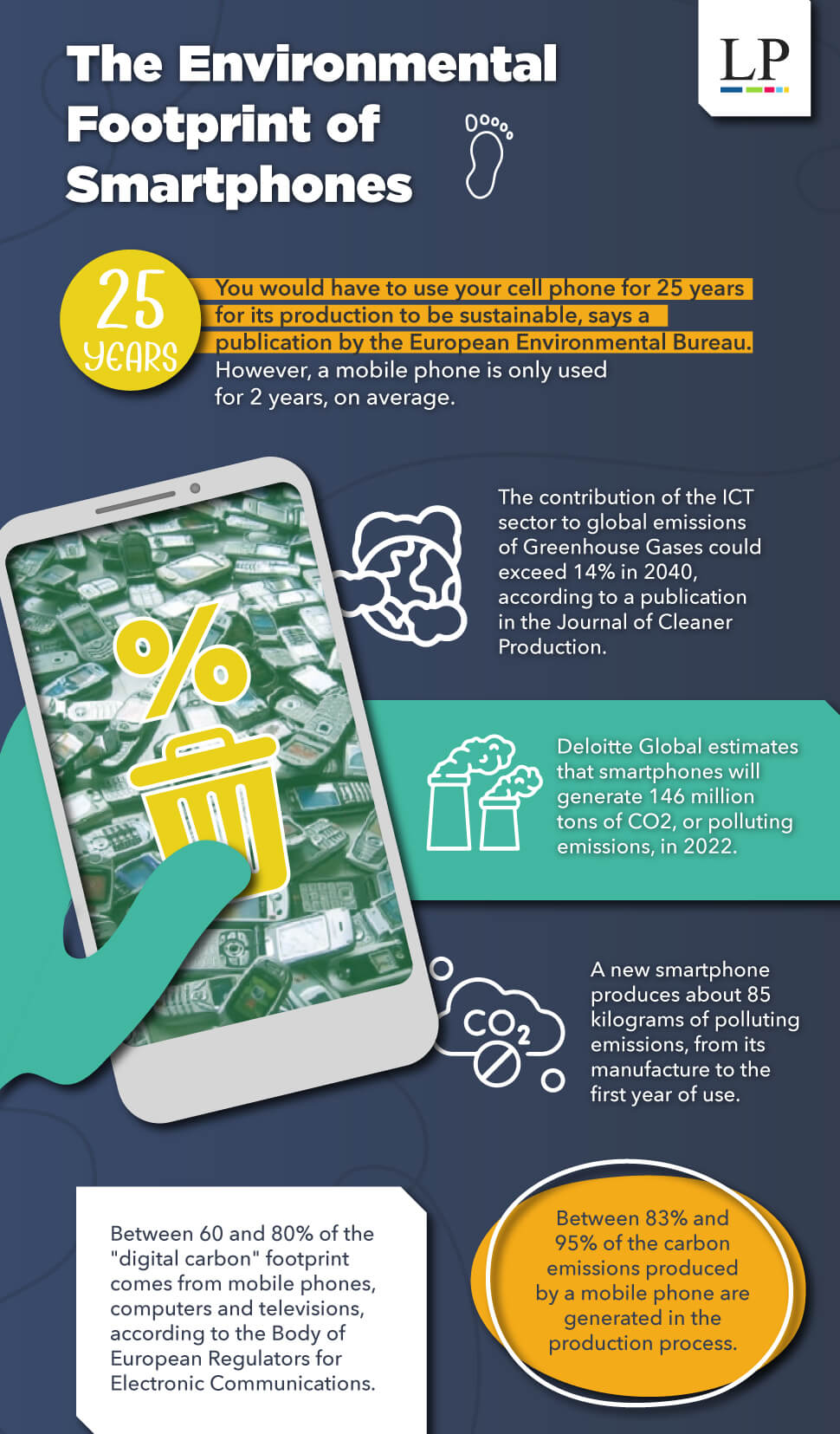 In recent years, several initiatives have emerged to fight against planned obsolescence. One of the most recognized is Ifixit, a platform that promotes the right to repair. In its portal it is possible to find more than 79,510 manuals for the repair of various electronic devices. In this regard, the International Data Corporation forecasts that the global used smartphone market will reach a market value of $65 billion in 2024 with around 351.6 million units.

After knowing these facts about the environmental footprint of a mobile phone, you will probably think twice about changing it!