With more than 131 confirmed cases of monkeypox in non-endemic countries, the world's alarms are raised in the face of an outbreak of this disease. We tell you everything you need to know about monkeypox .

According to the information provided by the WHO on May 24, 131 cases had been reported, with 106 suspected cases under study, in 17 countries. It is the first time such a widespread outbreak has been observed outside of Africa , the area where the disease is endemic. Most of the cases reported so far have been in Europe, with Spain, Portugal and the United Kingdom leading the way. However, cases have also been reported in Pakistan, Israel, Canada, the United States and Australia, and there are already cases under study in Latin America.

In the middle of the 75th World Health Assembly, the organization held a press conference to resolve doubts about monkeypox. In it, Rosamund Lewis, head of the WHO smallpox department, pointed out that since it is transmitted by close contact, the risk to the population is relatively low. However, the WHO has recognized that this is an unusual situation: "We are working closely with various countries to analyze why this virus is traveling more frequently now," the expert explained.

We recommend you read: Infographic: Burnout Syndrome: How to Detect and Prevent it?

Next, we tell you what the symptoms of monkeypox are and where it comes from: 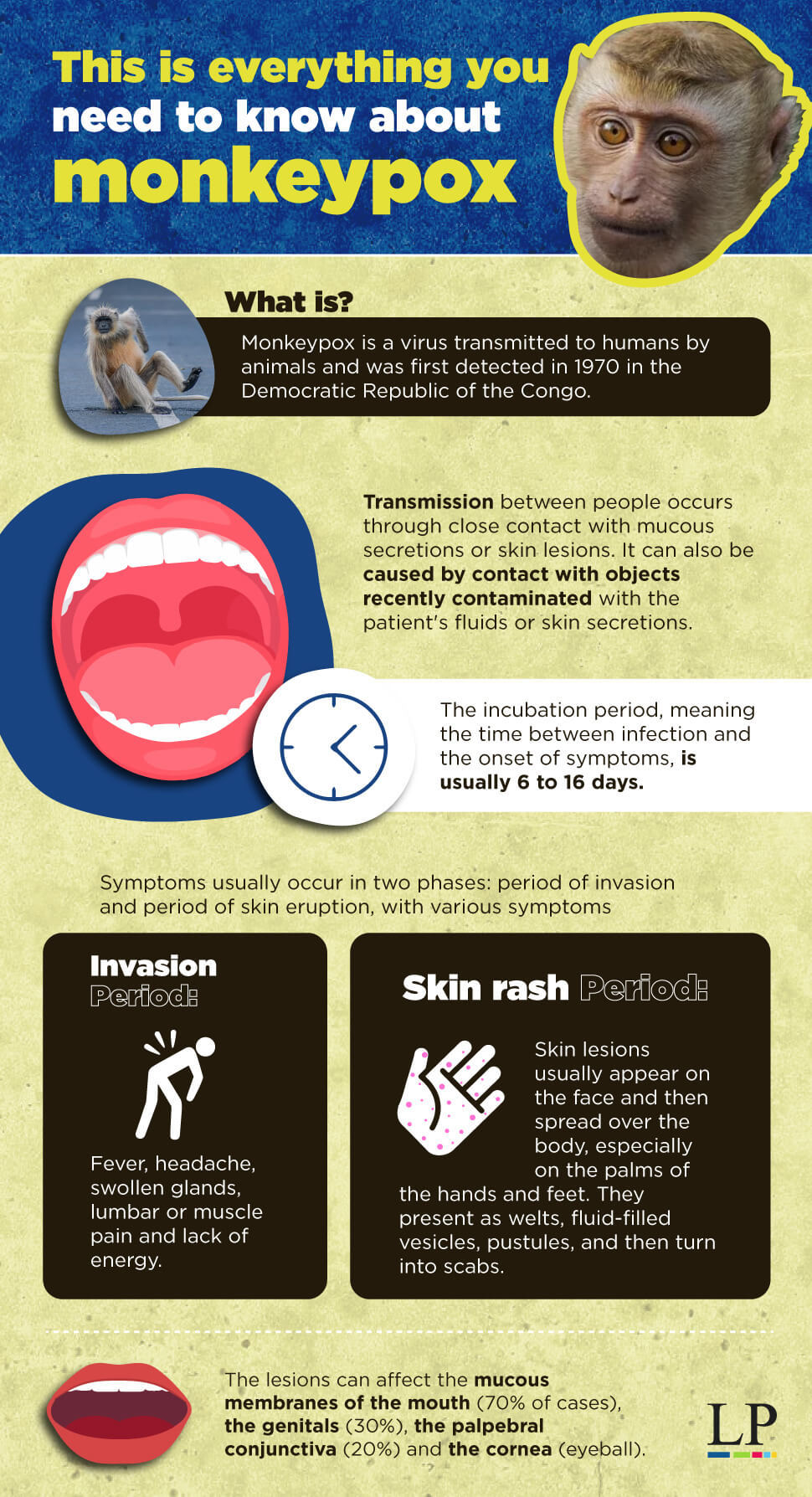 There is no vaccine that has been developed exclusively for this disease. However, smallpox vaccination is effective in preventing monkeypox as well , with around 85% protection based on tests that have been done in the past. However, as smallpox is a disease that had been considered eradicated, the vaccine is not available to the general public and is no longer applied in many countries. In the face of the outbreak, the States are already beginning to consider whether to reactivate this vaccination, at least in the most vulnerable population, which are children, people with immune problems and pregnant women.