Soon, Chileans will have to vote if they “approve” or “reject” the new constitution. These are the arguments that support or criticize the constitution

On September 4, Chileans will have to decide whether to approve or reject the new Constitution in the Exit Plebiscite. The text approved by the Constitutional Convention has many arguments for and against the text that seeks to replace the 1980 Constitution written during the dictatorship of Augusto Pinochet.

You can also read: This is How the Relationship Between President Gustavo Petro and the Colombian Armed Forces Begins 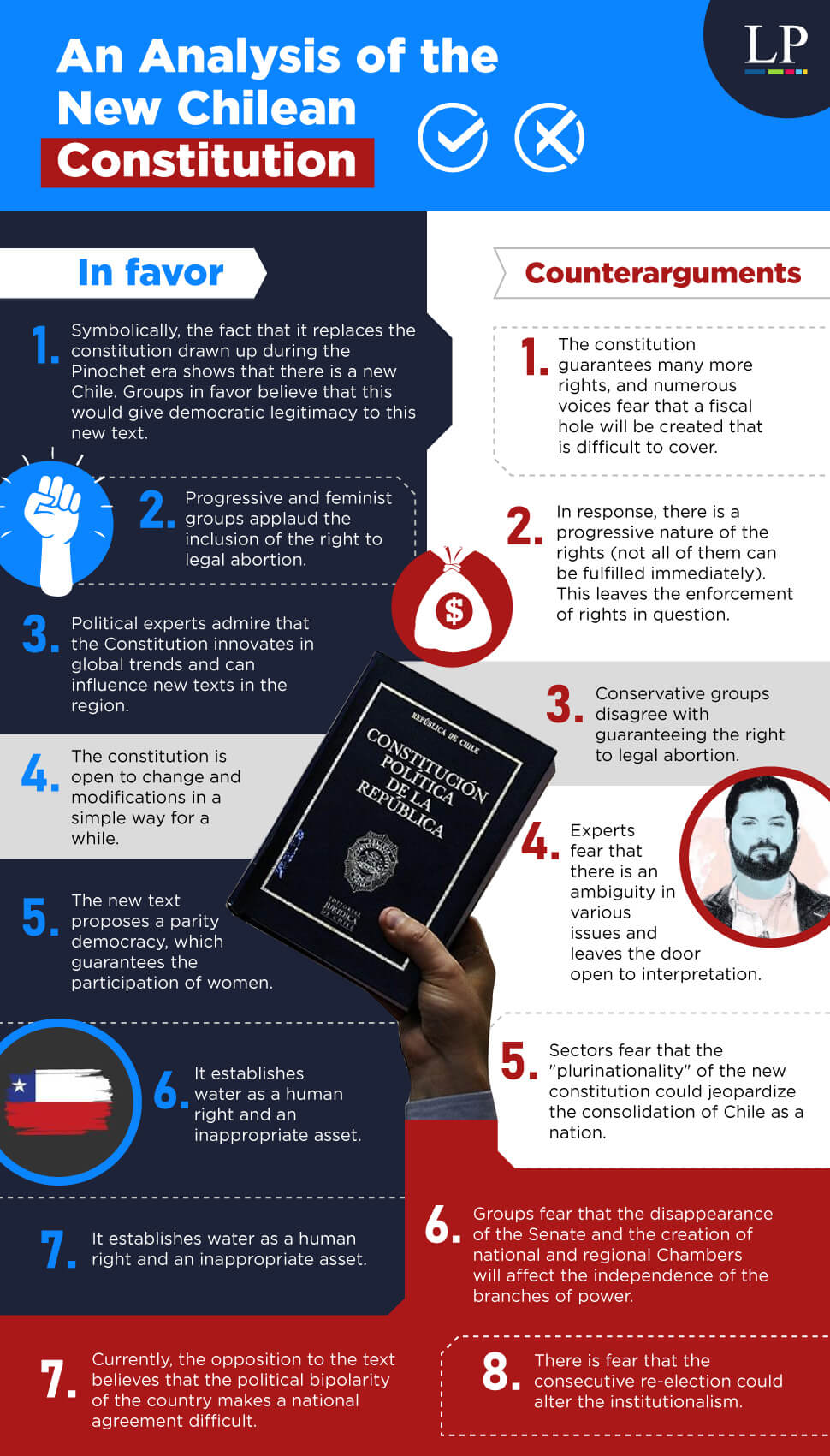 Likewise, in the event that the option of "approval" wins in the plebiscite of the new constitution, several changes may be made to the text through constitutional reforms that may be carried out by presidential message, motion of deputies, regional representatives, and popular initiative or indigenous.