Hand in hand with the Argentine label ZZK, Jhon Montoya plans to take over the region with the release of his second record

Maybe in Latin America, especially his native country, Jhon Montoya is a stranger. Jhon may have been born in Colombia, with a pronounced 'paisa' accent, but his musical professional life was developed in Italy, where he studied violin in a conservatory. Little by little, he was immersed in electronic music and combined it with cumbia, that Latin American music that has captivated Europe with its flavor for decades. 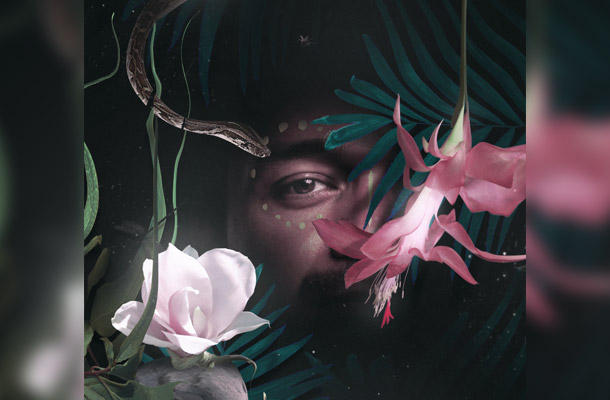 In 2015, he released his first album under an Italian label and was able to open several dates throughout the old continent. In 2016, he was able to come to his homeland, within the framework of the Catalan festival exported to Bogotá, Sónar, and managed to play several times in Mexico. However, these were his only appearances in Latin America, until his recent contract with the Argentinian label ZZK Records. On May 10, he will release his first album with this label, called Otun, and will offer several concerts in the region, starting on Friday, May 3 in Bogotá, in Latino Power with the locals Cero39, Cerrero and León Pardo.

We spoke with Jhon about the production of his second album, gastronomy and his plan to conquer Latin America.

PV: When did you start recording this album?

JM: I started recording in 2016 in Colombia when I was invited to Bogotá's Sónar Festival. I took advantage of this trip to give several concerts in Mexico and here, and also took the opportunity to learn more about the country, because I have been living in Italy since 2001 and whenever I come to Pereira to visit my family I have never been able to stay more than a month for work reasons. When I was invited to Sónar, I was able to stay two months in Colombia and it was a very different way of living Pereira. I had time to tour the city, record, meet people and that was essential for the creation of the album. All that is embodied in it.

PV: You had three years to produce this record. Tell me why you did not decide to release it before.

JM: It was a very interesting process because it was parallel to my life. A work is almost always related to the life of its creator. In those three years, I experienced many changes, several of them positive. I lived this album slowly, I felt like putting one brick at a time. When I finished the production, I saw the entire wall and was fascinated, but I realized that I had to clean it and polish it. That was a completely different process that lasted about a year. I experienced it as when one finds a diamond and one begins to clean it and clean it with the hope that at the end there will be a precious stone left. The more I cleaned and the more I worked the recordings, the more brightness, and beauty it had. In spite of delaying me so much, I would live this experience again. On my next album, I would like to live two, three months somewhere else to absorb everything it has to offer and project it into my next production.

PV: Where would you like to live for the production of your next album?

JM: Since I was little I dreamed of living in Bali, Indonesia. The paradisiacal islands of Indonesia seem like an ideal place to start composing my next work. Indonesia offers a truly stunning natural landscape and something tells me that it is ideal for my work. My works must be influenced by nature.

PV: You have visited several countries in the world. What have you collected from those different cultures that you have known?

I love knowing cultures through food. I think that through gastronomy one can understand culture. This, added to the behavior of people, is the most important thing to know about other's culture. For example, in China and in Croatia, people are quite serious. One would think that they are always bitter and they are actually not very nice, but that is how they are, they are very serious. In European cities like Paris or Berlin you can breathe a lot of artistic air and you realize that people are very tolerant of everything, if you want to go nude there, you leave it. Sure, there are exceptions. In Iceland, people are very creative and free despite being a tiny population. By traveling around the world, I have learned to relate and act. The first time I went to Croatia I was left with the feeling that they are all grouchy, but it is not like that, they are just very serious.

PV: Are you a fan of gastronomy?

JM: I love eating. I am sure that what I have spent the most in my life is food. It also happens to me that it is a huge pleasure to buy food, but at the same time not. I think that food is very immaterial being physical, because you only consume it once and so it is not like a shirt that you wear until you get tired or a record that you play as many times as you want. However, that is why it is very mystical. I am not a great cook, but I admire a lot those who can do wonders with so little. In that sense, it seems to me that music and cooking are related, because one with very little can do very much, and I do not mean just quantity. Someone talented does a lot with little, I think.

PV: Musically speaking, what is your favorite ingredient?

JM: I love the bass. For me, it is fundamental in music. When composing, I do not have a pre-established order to maneuver, but the first thing I always put on is the bass. A good bass is joy for my ears. It happened to me in a song of the album called Eden that had a very simple bass and I asked Oscar Alford for assistance, who helped me in the production of the album with Richard Blair. He recommended a bassist, who will actually be with me on Friday in Bogotá at the gig. When they sent me the recording I was shocked, in fact, every time I hear that song, I feel in another world. 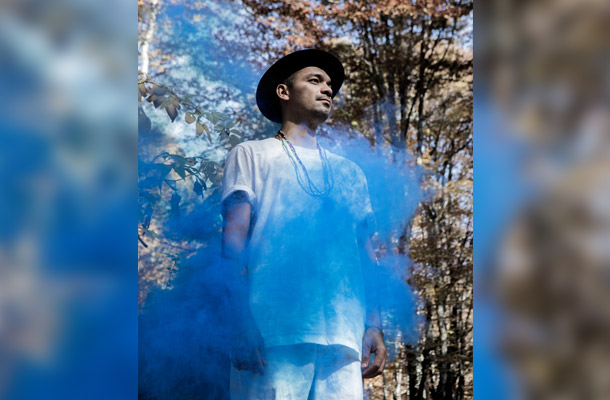 PV: Richard Blair is a musical legend in Colombia. What was your role on your record?

JM: He and Óscar played too an important role on the album. Before everything I did I produced it myself. When I finished the album and sent it to the label, they told me that the songs were good, but that they lacked a bit of balance, that I should work on certain songs. I knew that something was missing and they confirmed it to me, so I contacted Óscar and Richard and we started working song by song. In all that I was hesitant, they fixed it. Óscar was more than anything an arranger and Richard was the judge, the one who said what was good and what was not. However, I always had the last word, which was a non-negotiable condition for making this record. I loved this about ZZK, because several labels consider that they have the last word and not the composer.

PV: I imagine that with ZZK you will be more present in Latin America, since in the past with your previous record label you visited this region very little.

JM: That's the idea clearly. For me, entering this new label is very rewarding and is a true honor for me. For everything they have done, for what they represent and for what they are going to do. If I felt that before I was only reaching Europe, now with ZZK I feel that I have an outlet both in Europe and in Latin America, and I had already told you that I had played very little in Latin America. In fact, only in Colombia and Mexico. Now I'm going to play more here, for now I have events in Colombia and Ecuador.

Here another selection of our favorites!

Since today is Friday, here are the five most relevant news from the entertainment world this week .

This is what we know so far about her new album.