25 years ago, Pulp Fiction conquered Cannes in the hands of Quentin Tarantino. Here we present the songs that were not included in the official soundtrack

25 years ago, on March 21 in Cannes, premiered the second film by a young director named Quentin Tarantino. Although his debut with Reservoir Dogs helped him to cement his name as the new promise of cinema, Pulp Fiction ended up consolidating it as the new sensation of world film making. Not for nothing, in that edition, he won the Palme d'Or, the maximum prize of that prestigious film festival held in France.

However, we do not come to talk about how Pulp Fiction paralyzed the world or the subsequent feats of Mr. Tarantino. We come to talk about the licensed music that appeared on the film but not on the official soundtrack. That's right, we're not going to talk about Misirlou, neither about Al Green nor about "You never can tell", the Chuck Berry song in charge of musicalizing the famous dance between Vega and Mia.

Here we present you the songs that, although they were licensed to appear on the movie and appeared in the final credits, were not included in the official soundtrack that went on sale in September, when the film premiered around the world. There was a reissue at the beginning of this millennium where they included some of these songs, except those with the asterisk. 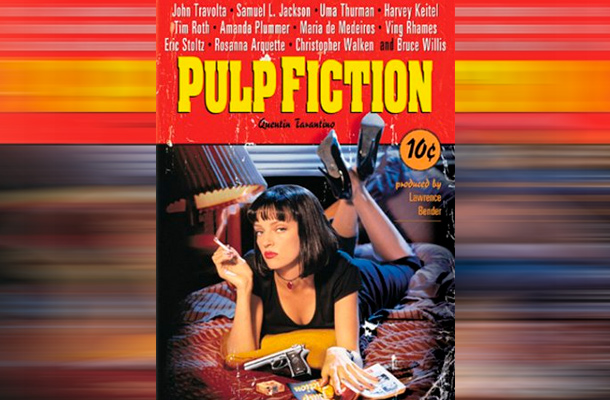 This song sounds less than two seconds in the whole film. Its fleeting presence is when Vega and Jules are walking down the hall of the building where they are going to face a partner who betrayed their boss Marcellus Wallace, Brett. While they are talking about the difference between a foot massage and oral sex to a woman, they go through a door that is bursting this song, originally sung by Shuggie Otis, but popularized by the Johnson Brothers in 1977.

The song, originally by Ricky Nelson and played in this film by Gary Shorelle, sounds in the background when Vincent and Mia arrive at Jack Rabbit Slim's, the fiftieth-century restaurant where the famous dance scene between these two takes place, and they take the reservation. Then, when Vincent goes around the place, the song acquires protagonism. We even see Gary himself interpret the song on the restaurant platform.

While Mia and Vega sit in the car, ask for food and talk for a while before competing on the main stage, several songs included in the official soundtrack sound, except for this one of the American, who died in 2005, Fred Lincoln "Link" Wray. This song sounds exactly when Mia talks about the pilot she was part of, with which she thought she was going to be a great star. Tarantino's regular followers will recognize the relationship between the characters of the pilot and the women of Kill Bill.

Following this song, when the waiter brings the famous five dollar shake, another song by Link Wray sounds. We can appreciate it more thoroughly with the uncomfortable silence between the two, broken by Mia when she begins talking about the awkward silences and the need to talk to talk

Since I first met you - The Robins *

This song also sounds in the same place; it enters the scene when Mia comes back from the bathroom, after snorting Vega's heroin thinking it was cocaine.

That's right, another song that sounds while Mia and Vega are in Jack Rabbit Slim's. However, this, along with the first of Link Wray and "Waitin 'in school", were not included in the official soundtrack or in the reissue. This song begins to sound when Vega confesses to Mia about the rumor of the foot massage, something that Marcellus's partner considers ridiculous.

It may interest you: Disney announced the calendar of its films until 2027

Out of limits - The Markettes

And another one from the restaurant ... just kidding! This song appears almost at the end of the film, when Butch picks up his girlfriend Fabienne on the motorcycle and tells him that they will escape in the helicopter of Zedd, a recently dead character.

Here is our traditional weekly summary

Let's see the details of this masterpiece