4 years ago, a farmer's dream began to come true in the city. Distrito Chocolate (Chocolate District), a company of chocolate experiences arrived in Bogotá with a clear message: you can substitute coca and move on.

“I am one of those many peasants in Colombia that, at some point we forget, even the State has abandoned us so many times,” begins Juan Antonio Urbano, a peasant from western Boyacá and one of the leaders in the plans of replacement of illegal crops in that department. The project began about 12 years ago and only 4 years ago has begun to show its fruits when arriving in the Colombian capital.

Tired of the violence that attracted the fact of growing coca in one of the cusp of drug trafficking in the country, the farmers began voluntarily eradicating coca with the help of the UN in three municipalities of the department of Juan Antonio. 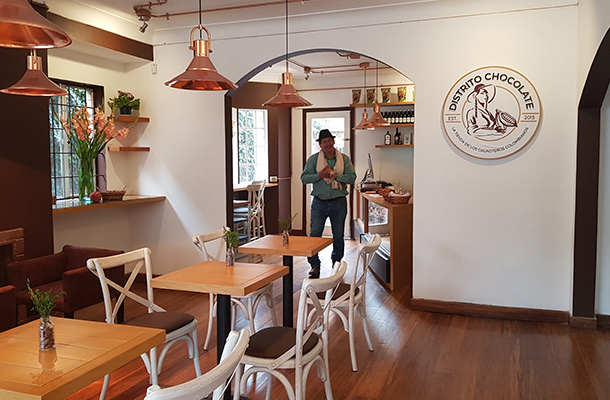 "We decided to grow cocoa because after all, we are farmers, we needed only to start because we already knew the techniques," he said. It all started from the smallest and has been built and transformed little by little.

Today, Chocolate District has two offices in tourist and highly crowded areas of the Colombian capital. They were also one of the ventures that Shark Tank Colombia decided to support, so they now also have a store where they sell their cocoa products along with the other winning projects.

After a process of substitution of illicit crops, which took around 3 years to achieve complete eradication of the area where Urbano lived, the farmers who undertook this change now work to help other farmers throughout the country to provide tools for Coca eradication.

They give advice on eradication, cultivation, and consolidation as a company to register trademarks. Thus, this farmer who started with the idea of doing things well for his family, now wants the entire country to achieve the voluntary replacement of coca crops. 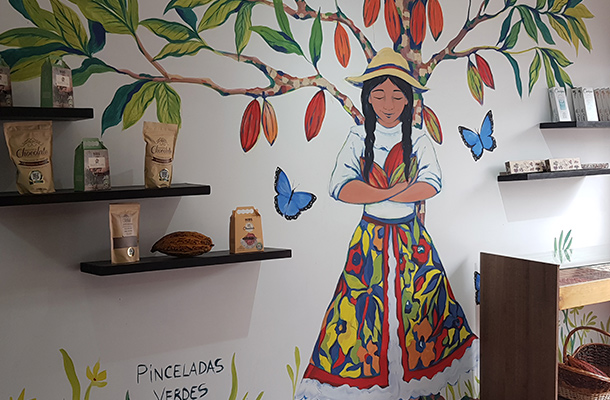 “The center of everything is the peasant woman,” said Juan Antonio while pointing to the large colorful mural that is in the space where the chocolates of producer organizations sell. "If the farmers, in general, have been the most ignored in this war, imagine the woman."

History of a violent field

Juan Antonio Urbano was born in an emerald region in the west of the country. Getting into that profitable business allowed him to always live with enough comfort that life in the countryside requires. But without realizing it, he ended up forgetting the peasant life he came from, while he was increasingly driven by ambition.

Power conflicts between families made the emerald business a target for the state. Thus, in the 1990s, they began to create large private companies that left them out. The peasants returned to live from the countryside.

It was 1990 and Juan Antonio and other emerald families found themselves in the middle of a region dominated by the armed conflict, in the decade of drug trafficking boom. For the following years, Urbano became one of many peasants who aimed at illegal crops.

"We lived well, as long as we did not lack either one or the other," he says, referring to the various illegal armed groups as guerrillas and paramilitaries. “And yes, illegality is terrible but you get used to it. Later, the illegality becomes something natural ”.

It was not until the peasants of his generation saw their children grow up, that they realized that they did not want them to follow their footsteps. With a firm hand, the community came together and, after several years of false promises from the State, in 2007 they decided to start eradicating coca crops.

The development of licit peasant life needed the help of the State but, more importantly, it needed a military presence in the areas where it was wanted to replace. For fear, and for lack of military presence, many communities prefer to continue in coca. Thus they keep the paras and the guerrillas happy, without getting into conflicts of interest. That ceased to be an option for the community of western Boyacá.

In 2010, just three years after starting and after the death of several social leaders along the way, they managed to eradicate 4000 hectares of coca from 3 municipalities.

“After they saw us firmly, the paramilitaries, who were the most difficult to deal with, decided to leave and never step on our lands again. They realized we weren't going to give in. ”

Getting to Bogotá has not been an easy road. In the countryside, everyone lives with what they have, they only go out to the town from time to time, to look for something specific, because everything is on their own land. 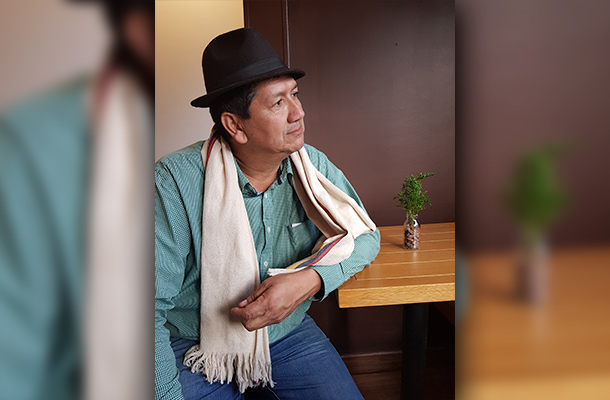 That is why Juan Antonio, who has only been living in the capital of Colombia for a year, does not see the time to return. "At first I didn't want to come to Bogotá, I was running the business from Boyacá with the help of my partners here, but the entrepreneurship was not doing well," he said. "From there I was not able to do even half of what I do now, but my wife is there and I hope to return soon."

But despite everything, the city has taught him to live in the middle of a globalized world. After a life of success, failure, and infinite transitions, the only thing he lacked, in his view, was to know the city life.

In fact, his transformation from coca to cocoa would not have been the same if his business had not touched the city. They could continue to export cocoa, but he would never leave the message of improvement that can be left through a center of experiences.

In addition, he says that thanks to the internet his business has been able to take off. “It's just a post on Instagram and people are starting to arrive. How was it done before? ”

"Now Mr. Juan is famous, and happy going out networks," adds his son while making fun that his father is more famous every day. “Now he comes out in the news and dominates Instagram. Who'd say? A globalized farmer. ”

Being one of the pioneers of cocoa as a technique for eradication, Juan Antonio has left one thing marked above all others: “the armed groups do not oblige the farmer, the farmer is there because he wants to. While there is no desire to change, there is no state powerful enough to achieve it.” By the time the members of Juan Antonio's community realized that it was only up to them, it was when they managed to become strong enough.

Soon, Chocolate District will have one of its locations with the possibility of living the complete experience of the cocoa process. Thus, more and more, the city will be able to understand what is lived in the countryside. 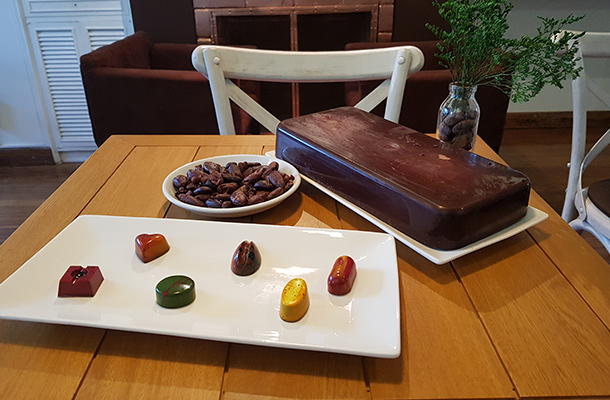