At 15, Yoshirou Tanaka won the Judo Championship in Japan, positioning himself as the number 1 in the world. Now, he will train Colombian judokas.

Yoshirou Tanaka is the coach of the Antioqueña Judo League in the Combat Coliseum of the Atanasio Girardot Sports Unit in the city of Medellín. His love for judo comes from his father, coach of this sport, who instilled in him the love for martial arts since childhood. At 6, Yoshirou was already practicing judo and, like his father, he was very good at it. The judoka was born in Kyoto, one of the most beautiful tourist cities in Japan.

Yoshirou expressed great respect for the geishas of his native land: women who dedicate their lives to traditional Japanese arts. At 15, he won the National Sports Festival in Japan,  becoming the number 1 judoka in the world. With 25 years of age, he is now in Colombia sharing his talent and knowledge with Latino judokas.

LatinAmerican Post met with the eminence in martial arts to learn more about his life as a judo coach and his experience here in Colombia.

LatinAmerican Post: You are currently Yūdansha, a black belt, how old were you when you reached this position?

Author's Note: The “kyu” are the belts of the beginner judokas that are organized in the following colors: white (being the most basic level), yellow, orange, green, blue, and brown (being the highest level of the scale "kyu"). When the black belt is obtained, it goes from the scale of “kyu” to “dan”. A judoka in "dan" is considered a senpai, an advanced student. Within the "dan" there are 10 levels: (first dan, second dan, third dan, etc). 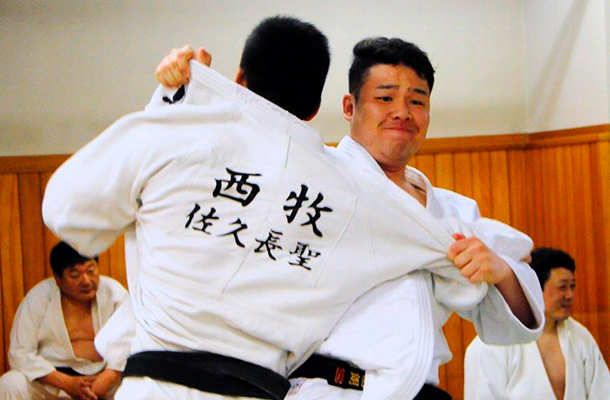 Read also: It's in their blood! 5 young talents of motor racing

LP: Being such a young black belt, have you considered participating in the Olympic Games?

YT: No ... When I was 17 I had an accident and I hurt my knee ... doing judo. At that time I couldn't even walk. I had knee surgery and stayed in the hospital for a month. However, I spent a whole year in rehabilitation. After that episode I thought it would be best to become a coach.

LP: Since when are you a coach?

YT: Since I was 18 and it was thanks to Judo that I have been able to travel to many countries. First I went to Taiwan to teach judo for a month, then to the Philippines for two months, then to Greece and Europe. Now, I teach in Colombia.

LP: Why this change of life from Europe to Latin America?

YT: Because now I work at JICA, the Japanese Agency for International Cooperation. Around the world, there are Japanese volunteers contributing to the countries to which they migrate from different areas. To be a JICA volunteer, you must first take an exam. After passing the exam, I am not the one who decides which country I go to, JICA decides for me. However, I had always wanted to come to Latin America so I'm glad they chose Colombia for me.

LP: What do you think of the potential for Colombian judo?

YT: Well ... (silence), there is potential but there are still things to work on. At the beginning, they have no discipline, for example, they do not arrive at the exact time at which the training begins. Although now, little by little that is changing. We held a meeting and agreed that it is important that they arrive half an hour early to organize, warm-up and stretch. For example, if the practice begins at 6:00 pm and the person is late, for example he arrives at 6:10 pm, he can no longer enter. On the other hand, I realized that the students did not clean the combat area, only the people in charge of doing the cleaning. In Japan, we clean our space as a sign of respect. Then after each practice, everyone has to clean. The discipline is in the details. For example, when you take off your shoes you should leave them aligned and in order, not throw them away. These details are apparently insignificant, but in reality, they are very important.

LP: What does Colombia need in judo to have the same level as Japan?

YT: More heart. Because here I listen to everyone saying "I'm tired", "I don't want", "I can't", but I think it's important to have fun. Judo should not be seen as a strict sport. On the contrary, it has a lot of joy in its essence.

LP: What would you like to achieve as a judo coach in Colombia?

YT: I will be here for two years, until 2021. During this time I want to help Colombian judokas improve little by little. They still lack discipline. However, I always think that the things I teach my students not only help them for judo but also for their life and personal growth.