The murders of social leaders in Colombia must stop. This was the slogan of thousands of human rights defenders who met in the capital

On May 1, different parts of Bogota began to fill with trade unionists and people who marched in the framework of the International Labor Day, to ask the Government for more social investment and guarantees for decent work conditions. This year, the demonstrations in Bogotá had a special guest: social leaders. Thousands of them had already gathered for several days, but this was an essential day, because their work can not be done without the support of the government.

'The Humanitarian Refuge for Life'  week in Bogotá took place from April 28 to May 2, in which around 3,000 social leaders met. The Santamaría bullring became for a few days the meeting place of human rights defenders who traveled from all regions of Colombia: Cauca, Chocó, Catatumbo, and Arauca, which are some of the regions where these people are most at risk for paramilitary groups' threats. 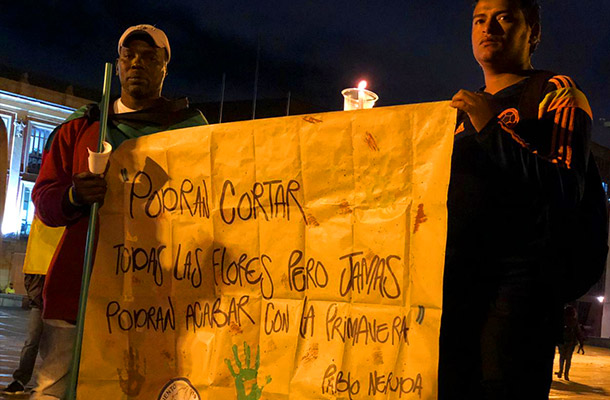 After listening to the president of the Republic a few months ago, saying that "we can not [the government] guarantee individual security schemes for this great universe", the leaders' requests seek more favorable responses.

Both at the end of the terms of Juan Manuel Santos and during the current one of Iván Duque, the murders have been taken as isolated events, although there are more than 600 cases since 2016, according to the press report of the demonstration's organizers. Currently, there are more than 4 million social leaders around the country that need and are requesting security guarantees to continue helping their communities.

The signing of the Peace Agreement in 2016 was a promise to end the violence in the country. However, these activist leaders can assure that this did not happen. Ironically as it may sound, many territories became even more vulnerable after the FARC withdrew, as the lack of a state continued and criminal gangs and paramilitary groups, such as the 'Águilas Negras' (Black Eagles) or the 'Autodefensas gaitanistas' (Gaitanista Self-Defense Forces), took control of these territories.

According to the press release of the event, "these aggressions are of different types, on the one hand there are threats, attacks, arrests and theft of information (...) where there is an absence of institutions that contrasts with a strong social conflict due to the strengthening of illegal armed groups that target communities and people who exercise leadership in defense of their territories." 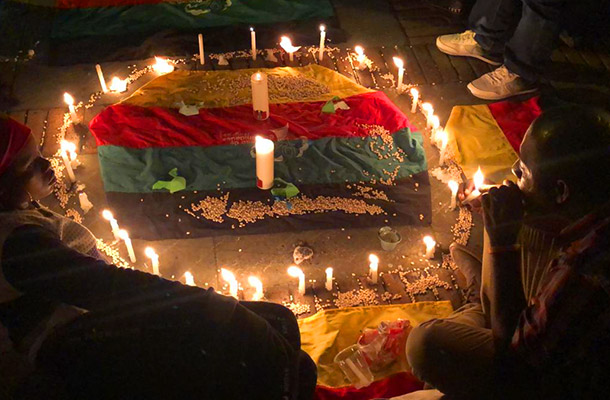 That is why, during five days, different meetings were held with the main purpose, precisely, to ask the government to act in the face of what is happening and, thus, be able to advance in the reduction of violence throughout the country. However, there is an atmosphere of hopelessness, taking into account that the last report of the organization 'Somos Defensores' (We are Defenders) determined that 2018 was one of the most violent years recently in terms of social activists, with an increase of more than 40% of murders compared to 2017.

Perhaps the most disheartening aspect and what more than 3,000 people came to ask the government is that it is not only the illegal groups who have threatened them, but also the armed forces themselves and the government itself. This, since in some cases they have been accused of having links to drug trafficking and insurgencies, despite the fact that they claim to be totally peaceful leaders and outside any armed group. 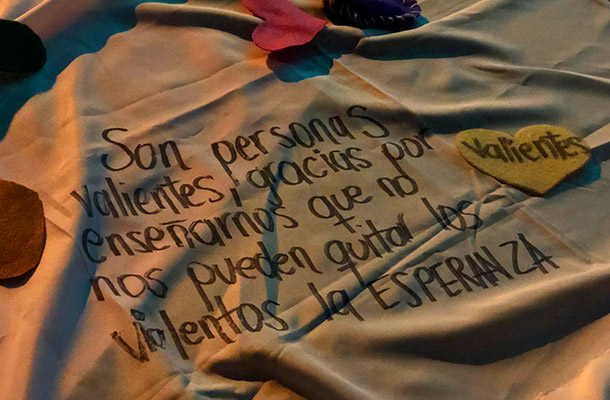 Among the activities, the "National Meeting of Leaders for life, dignity, and freedom" was held. This cultural event closed the day of the Humanitarian Refuge, in which conclusions on all the events were presented. In the same way, other cultural activities were held where life, peace, and memory were commemorated.

While this was happening, the Congress of the Republic was voting the objections of the Special Jurisdiction for Peace (JEP) in some extensive and unproductive plenary. In the same way, activist collectives met in the Congress to present different papers to defend their regions.

Henry Tovar, for example, who was in the capital representing the Civic Unemployment Committee, said in an interview with LatinAmerican Post that "we are making efforts in Congress to include everything that has to do with the Special Development Plan that had been advanced in the previous government and is included in the law, but it was not included in this National Development Plan ." As a result of his trip to Bogotá, he managed to take into account resources for the Special Development Plan, which includes sections focused on Buenaventura, Valle, to improve the quality of life of its inhabitants.