The WHO and the US CDC Have Noted that Measles is "An Imminent Threat in All Regions of the World." We tell you About the Increase in Outbreaks of this Disease and the Delays in Vaccination..

The World Health Organization and the Centers for Disease Control and Prevention of the United States released a report in which they point out the serious threat that measles constitutes today for global health, especially for children.

During 2022, there have been several outbreaks of measles in the world, which respond to a trend of increasing this disease as a side effect of the pandemic caused by the coronavirus. "The decline in vaccination coverage, the weakening of measles surveillance, and the continued interruptions and delays in immunization activities due to COVID-19, in addition to the persistence of large outbreaks through 2022, make measles an imminent threat in all regions of the world," the WHO said in a statement.

We recommend you read: Infographic: Violence against children in Latin America is up to 4 times higher than the average

Below, we will tell you about this disease and the findings collected in this report, which reviewed the state of measles in the post-pandemic world. 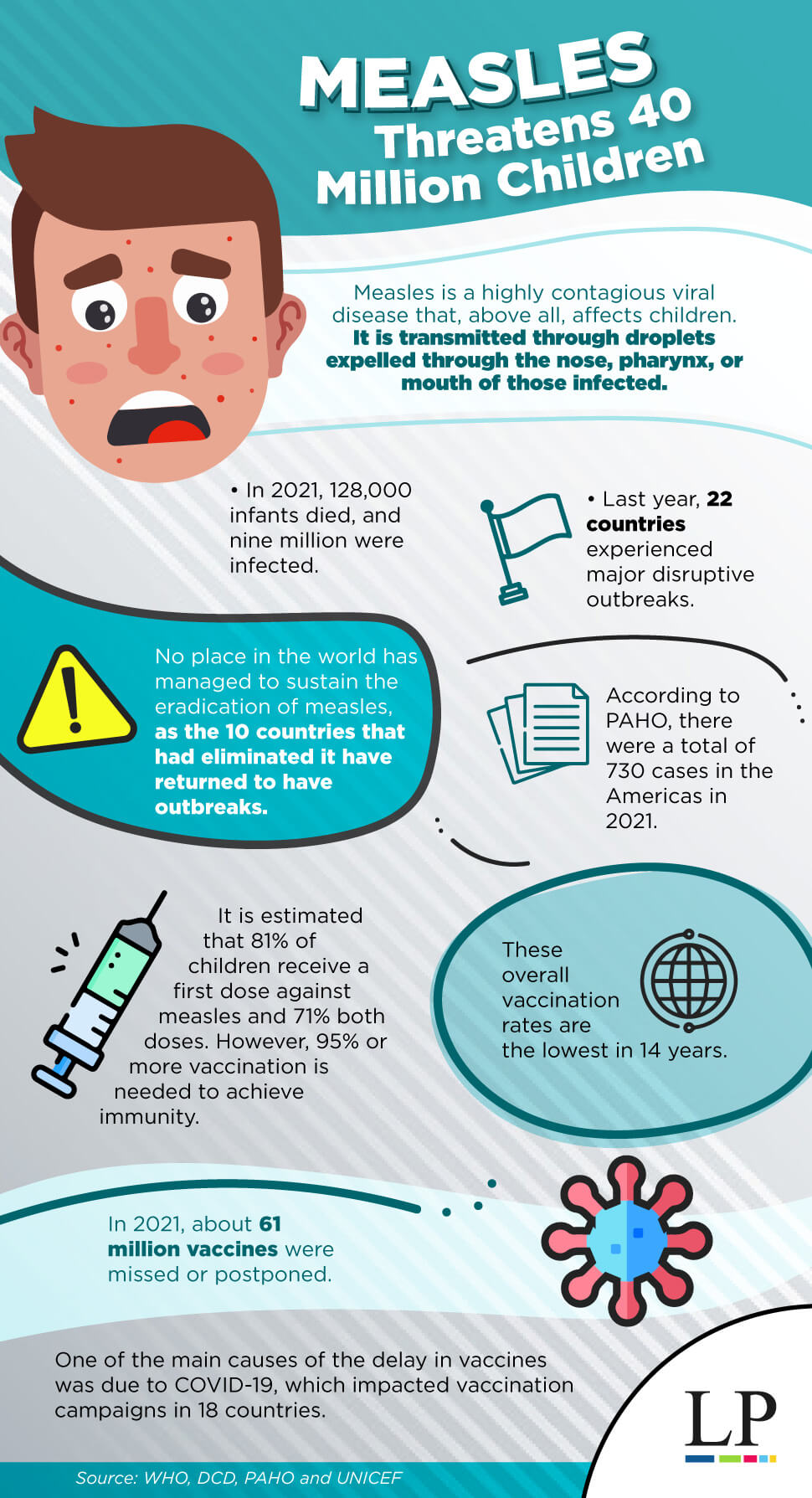 Although measles is a serious disease, it can be prevented through proper vaccination. For this reason, the health authorities call on the various countries to adjust immunization plans and speed them up to prevent a major emergency. In addition, it is important that it is a coordinated effort, since an outbreak in one part of the planet can be rapidly transmitted to another.

Currently, UNICEF has active campaigns within the framework of its "blue gifts", which seeks to collect resources for the donation of measles vaccines.